Update!
Alright, Fellas, Gals, And Other Pals. I Seem To Be Back And Getting Posts Up On A Somewhat Normal Basis! Woo!

Don't Fret! I'm Friendly, No Worries! You Can PM Me If You Wish To Start An RP, Or Just Talk In General! I'm Open For Any Ideas, Though I Must Warn You; I'm More Afraid To Speak With You Than You Are With Me. No Doubt.

These Are Estimated. Not Saying These Are Completely Correct.

During The Weekdays I'll Most Likely Be Offline Between 7 AM Through 4:30 PM ( Eastern Standard Time ), Free During Saturdays ( For The Most Part ), And Offline On Sundays Through 9 AM Through 1 PM. Have A Wonderful Day, Lovelies!

First Things First! What Are My RP Preferences For Writing Standards?
Well, I Don't Exactly Have One! Paragraphs, One-Liners, Or Anything Is Fine! Just, Please, Have Some Decent Grammar. I Don't Mind Punctuation Or Spelling, Not At All. Just. Grammar. ( Huge Grammar Dork, Just In Case You Were Wondering.

Second! What Genres Do I Enjoy?
Honestly, I'll RP Under Any Genre Except ( Extreme )Horror And Sci-Fi. Lemme Explain! Huge Scaredy Cat! But I Can Deal With Slight Gore And Horror! For Examples, SCP/Laboratory RPs Are Interesting To Me!But, Straight Up Horror Is Frightening! ( Hehe- See What I Did There? ) Anywho! Sci-Fi Isn'y My Thing. Of Course, I Love The Nerdy Stuff- For Sure- But I Suck At Writing About It. If The RP Isn't Fully Focused/Based On A Sci-Fi Theme, Then It's Alright!

Third! What Do I Write Like?
I Write Mainly In Paragraphs, But My Response/Post Will Reflect Off Of How Much You Write- For The Most Part. Though, I Will Try Making My Response As Long As Possible! For Example;

[Scene: Julia And Laurence Are Walking Through The Mansion, Trying To Find Their Way Out]

Julia snorting, shaking her head at the ridiculous query. "Well, I don't believe I am 'stiff', nor strict of any sorts. I'm just.. being extremely cautious."

"What?" Laurence tilts his head at her witty response, blinking. After a moment of deafening silence as the two rounded the corner, the male gave a chuckle of his own. "Oh please- If you were 'extremely cautious'-" He made air quotations. "-how come you're following me to a dead end?" With a smirk creasing his lips, he gestured to the brick wall they were standing in front of.

Fourth! Is There Any Extra Information I Should Know?
I Don't Sexual Content That Often, But I Do Enjoy Romance RPs ( *Cough Cough* Hand-Holding Is Adorable. *Cough Cough* ). I Don't Use Swear Words Very Often, Either, But I Do Allow Swear Words While RPing. Oh! If I Haven't Responded To You, But I Have To Others, I Am Not Ghosting You. I Didn't Have The Time To Respond, But I Will! While We're On The Topic Of Ghosting, I Might As Well Ask For You Not To Do That. If You Have Somewhere To Bee And Will Be Gone For A Week, Give Me A Small Heads Up! I Don't Bite!


Rhys' Theories
"Well- Yes-" He shrugged. "But, as you know, magic seems to be common here. How do I know this isn't some illusion? A daydream?" He gasped dramatically. "What if you're the wizards, and you're making me believe I'm one of you?" He paused. "Actually, scratch that. That theory doesn't exactly work, for I've been Harry Potter most of my life-"


Hipi, Zackary's... Horse
Attempting to see over his stall, the horse-like creature rose to his feet and scanned over the area. And, as the light hit him directly, anyone could see his different features. It was a silky raven-black, and it's eyes were the same, only with a small amount of haze lingering over him. Unlike most ponies, Hipi's snout was long and skinny, much like a deer's. His stance was powerful, legs lengthy and chest wide, and until one's sight reached his tail, his body appeared much like a horse's, just with thinner shanks and hooves. Despite having deer and horse-like qualities, his tail was as narrow as a snake's, with a large amount of hair brushing against the floor as it hooked onto the tip of the tail, which was swaying ever-so-slightly. But.. this wasn't the strangest thing about the horse- or rather, Hippocerf. Resting on his head laid two, very immense and stiff antlers, which curled upwards after bending closer to the stem.


Kiros' Outfit Description
She wasn't dressed properly, so it caused more attention than she wished for. Her dress wasn't puffy and large like most women's. If she were anyone else, her dress would have a gold-laced rim that was tied neatly around her waist, making her appear skinnier than she was. The skirts would be layered and colored a deep silver, dragging on the ground beneath her. The sleeves would puff at the shoulders but tightly wrap around her arms, leaving the lace around her wrist to be noticed. Though.. she wasn't like most. Instead of a thick waistband, she had a thin belt wrap around the rim of her skirt, which was the opposite of what she wished it was. The skirt was silver, but it was cut short and thin, stopping at her knees. The belt was traced with laces of gold, but the belt itself was crimson. Her top was a tank-top, matching the chestnut brown of her eyes. The sleeves were hanging off her shoulders, tightly clasped around her arm. She wore leather boots which were colored a sable black with a zipper outlining the inside, which meet the skirt's length and was cut off right below her knees.


Lief's Boredom And His Idea Of Theft
He.. was already bored.

He was done bickering more than a moment ago, and he rested his head on his hand. Aleron would often compare him to a child; talkative, irritated at the smallest things, and not good with keeping himself entertained for too long. He rolled his eyes at the thought. The male sent another look around the tavern, curious if there was anything he could possibly do. He rose to his feet and stretched, slipping past two men speaking with one another in low voices. His eye drifted to the feather in the man's satchel, and he guessed it was a quill of some sort. Being curious and not caring if he was caught, Lief 'accidently' knocked into the man, a fake apology spilling from his lips nearly as soon as their shoulders brushed together. Meanwhile, his fingertips skimmed over the feather, bringing it from its place.

Or.. he thought it had moved.

Still walking in the opposite direction, Lief whipped around when he heard a yelp of a bird. His eye went wide, and he immediately let go of the feather. Squinting, he noticed it was multiple feathers that had faded and tucked neatly, giving the idea it was only one. He looked back at the man, a careless shrug taking place alongside a sly smirk. He was questioning why a bird, of all things, was in the bag, but he didn't feel the need to ask. He most likely didn't want to know, in the first place. Perhaps it was for support, or perhaps they were smugglers. Either way, he didn't seem to care. Turning swiftly on his heels, the thief laughed at the murmured curses of the man, but jumped when he saw the bird leap past him. What chaos had he started?

He drew a breath and shuffled out of the way, snickering as he watched the two men fumble after the bird. He nearly forgot what he was doing to begin with, though it came back to him. The male needed something to write with, and he scanned over the crowd, making a mental note not to take a feather from one's bag.


Lief's Explanation Of His Ancestors

Inhaling, Lief continued. "The ruler has to be 'royal' out of our traditions. Our rankings go from the Universe, Life and Death, the Stars, the Lord and his family, and then his citizens. The Universe is the ruler of the world and space, no doubt about it. Life and Death, however, followed their titles, giving birth and taking life. The Stars are the three highest in command, the wisest, and the most powerful, and, therefore, deserve the most respect since they would be considered Gods among us. The Lord is simply a Hellion who watches over the village and keeps us in check."

~Yes. I Am A Theatre Kid. Why Mention This? I Have No Idea.

Why The Name 'AmberShades'?
Beats Me. Love The Shade Of Amber.

~Alright, Amber, What's With You And Lin-Manuel Miranda?
Good Question! He's Rather Inspiring, And He Can Easily Lighten A Depressing Mood. ...Aaanndd He Wrote Hamilton-

~Why Do You Type In All Caps?
Good Question Once Again! It Makes Me Different, And Then I Stand Out.

~It's Taking You Forever To Respond To My Posts. Are You Ghosting Me?
No, No-Sometimes I Just Get Super Busy, And I Don't Have Time To Respond. But I Promise I Have Seen It!

~I Am Often Looking To Draw For Other People On The 'Art And Creativity' Forums.

Adrion Nichoelos-Nisutki:
"Coffee? It's A Need, Not A Want."
A Shapeshifter Which Can Transform Into A Cat And Run Days On Only Coffee.

Cayden Jadrek:
"The Way I See It, If You Want To See A Rainbow, You Have To Go Through Rain."
Just Your Average Teen With A Handful Of Musical Talent.

Charlotte Edith Agnes:
"She's Mad But She's Magic. There's No Lies In Her Truth."
A.. Uhm.. What Is She, Exactly? She Seems.. Imaginary..

Florence Elizabeth:
"The Artist Sees What Others Can Only Catch A Glimpse Of."
A Laid-Back Artist Who Painted A Different Scene Than Everyone Else.

Kiros Aldrudis:
"For The Victory Of The People!"
A Headstrong And Friendly Centaur Who Speaks What She Wishes To And Takes Orders From No One But Herself.

Lief Thous:
"There Is No Elevator To Success. Guess You Have To Take The Stairs."
A Rather Tall Hellion Who's On The Run, But Doesn't Mind Meeting Some People Along The Way.

Paola Ezra Marlowe:
"When You Can't Convince Them, Confuse Them."
With A Powerful Mind And A Million Of Words To Say, No One Can Keep Up With The Debating Woman Who Speaks For The Silenced.

Rhys Celestia:
"A Powerful Mind Makes A Powerful Leader."
A Sorcerer Who Struggles With Magi- er.. Magics- But Still Gives It Everything He's Got.

Sebastian Jeremiah:
"There's Change Comin', Once And For All."
A Newsie Who Is Reckless And Searching For A Place Where He Belongs With A Determined Smile On His Face.

Zackary Marquis:
"They Laugh At Me Because I'm Different. I Laugh At Them Because They're All The Same."
An Easy-Going, Curious Son Of A General. Oh. Did I Mention He's Half-Bird?

All Pictures Go To The Rightful Owners!

Since I Am Constantly Looking To Draw Characters, I Thought I'd Put Up Some Of My Artworks Here! 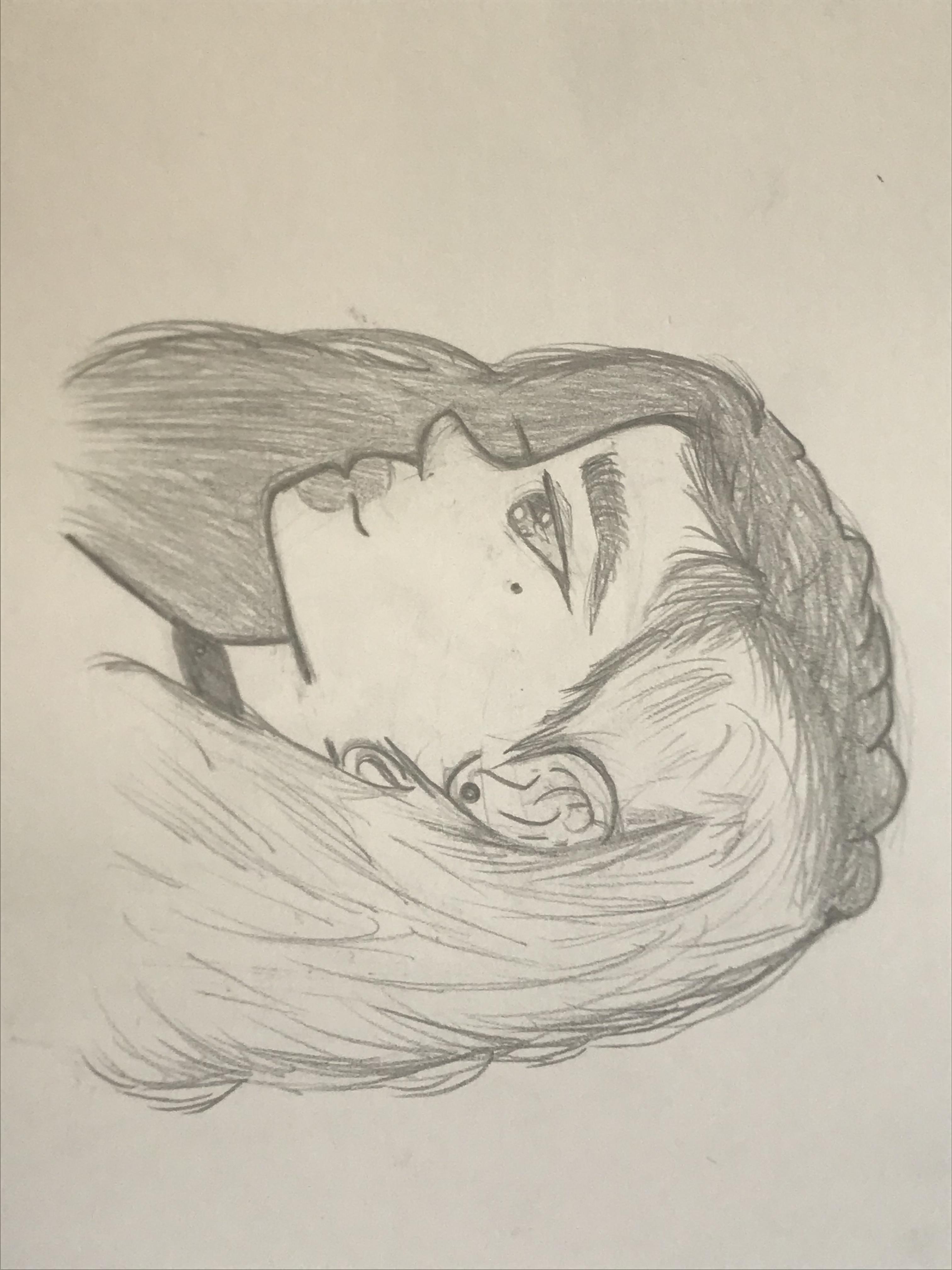 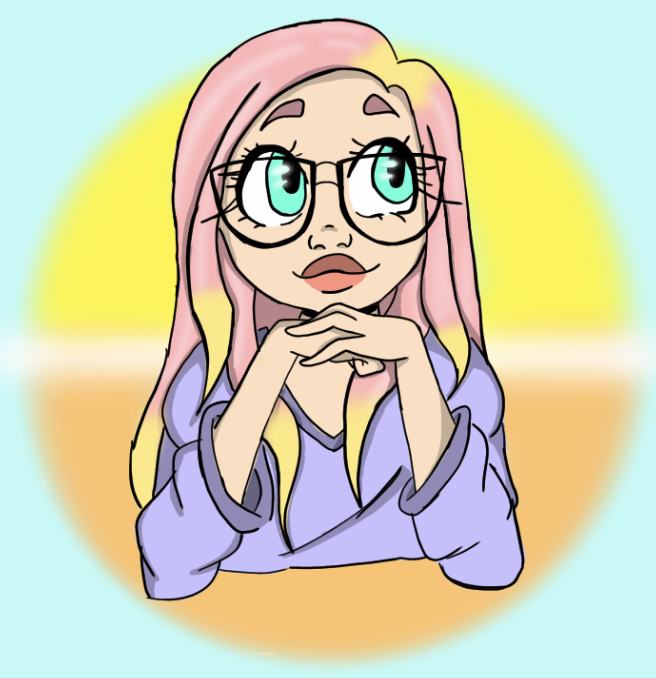 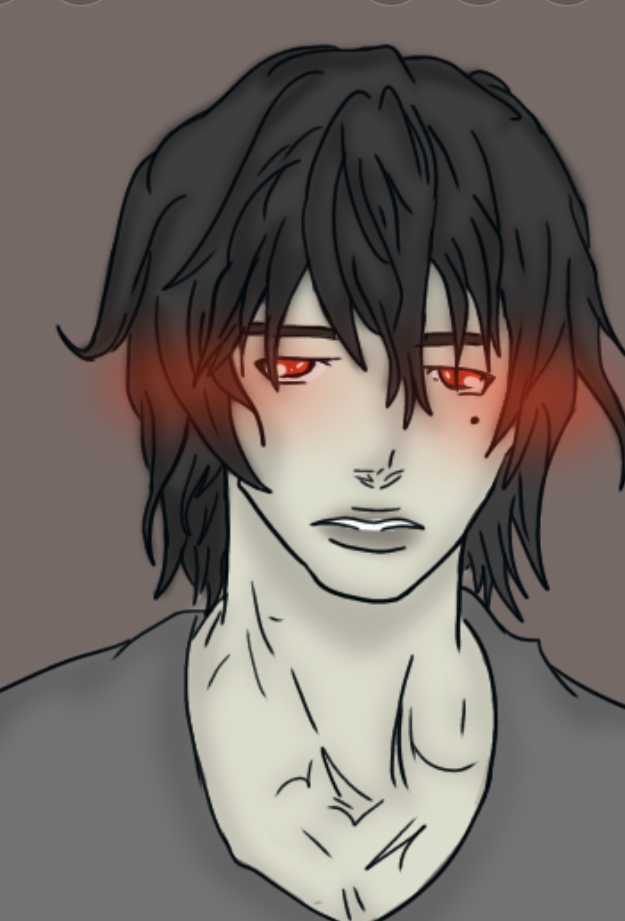 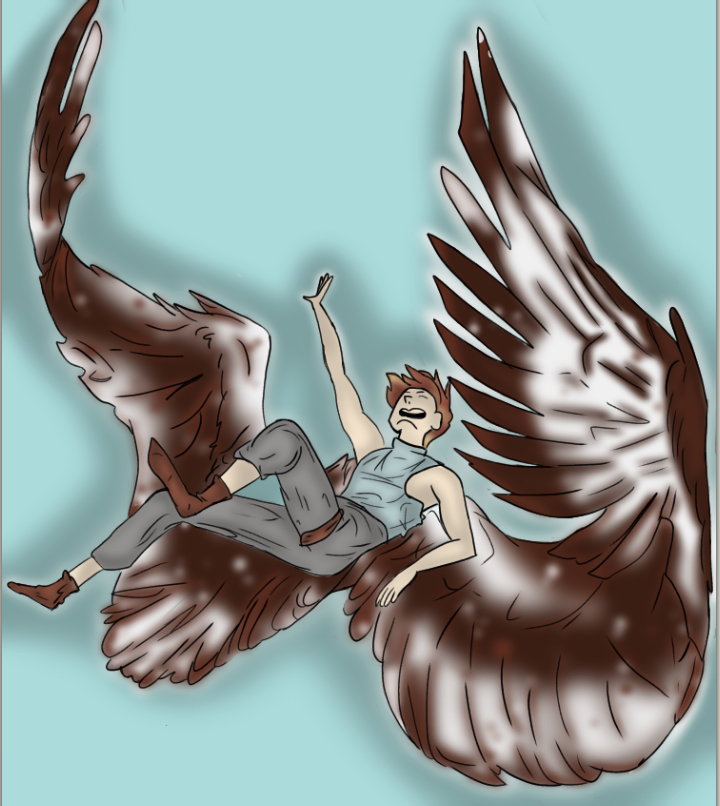 Things To Make You Laugh

AmberShades
It's only been a short time of RPing with Amber- but there was never a dull moment. The creativity and effort put into each character is amazing, let alone the skillfulness of each post...I eye Eternal Feast like a hawk for 'Lief Thous' to pop up on screen. Many more adventures await us dear friend! To our current one and to all your future ones- good times and good luck! ^-^ Wonderful writer Fast responses - JaiyanaBinx

AmberShades
It's great RPing with Amber~ He's very good at giving more to the story and he's always responding quickly. He's very good at writing descriptions of his characters and what they are doing as well as their thought process. Wonderful writer Drives the plot forward - RedPandaF0x

See all of AmberShades's kudos »

Inquiring minds want to know why we too should befriend AmberShades!