Response rate: Temporary hiatus; won't be active. Sorry, everyone! Be back in a bit.

Disclaimer: All art I use is either my own, was made using an online avatar creator or is from Pinterest. Any art that isn't mine belongs to the original creators.

"A pessimist sees a dark tunnel,
An optimist sees a light at the end of a tunnel,
A realist sees a freight train
And a train driver sees three freaking idiots on the tracks"
-Sleep deprived banana

If you're seeking RP with a specific character, read this first!!!!!

If I delete or heavily modify the character slot I’m role-playing with, it doesn’t mean I’m quitting. I won’t implement new changes made or scrap the role play.

If you'd like a more simplified profile of each character, click here
It's very much in progress and was originally meant for my own means tho ;w;

Nobody is available rn because I'm closed for new RP.

Everyone else is unavailable until I finish their profiles or they free up.

☛ Take as long as you need with replies! Just tell me if you're going to be busy or if you want to quit, and absolutely DO NOT GHOST ME. I don't mind if you want to stop, I promise. I'll also uphold this myself.☚

☛I'm flexible with response length; just no one-liners and nothing more than 400 words unless you're okay with once-per-week or so replies from me. I'm only human TuT.☚

☛While the characters I have do have backstories, I will always edit any backstory to fit a roleplay. I will NOT change a character aside from the surroundings (setting) and how it affects said character.☚

☛ I do have trouble with sharing my ideas sometimes- usually when an RP is already in motion. I don’t wanna make something happen that you hate. If you feel like I'm not moving the plot along as fast as you want or you'd like me to introduce more ideas, just poke me about it.☚

✓ Romance; pairings of any gender. If it's MxF, I prefer the female role, and generally won't play the male role unless it's cutesy and wholesome.

✓Sci-fi or dystopian; I'm new to it but willing to try!

✕ Killing off main characters (unless it's a villain) without proper consent from both parties.

✕Major eating disorders. It's okay if your character has one, but they have to have help with recovering other than my character. Please understand that eating disorders are triggering to me and I'd like to avoid discussions of (TW) restricting, purging, etc..

✕ Force things on me-- not everything is covered here, and that doesn't mean I'll do anything not listed.

✕ Fandom roleplay. Not really my cup of tea. 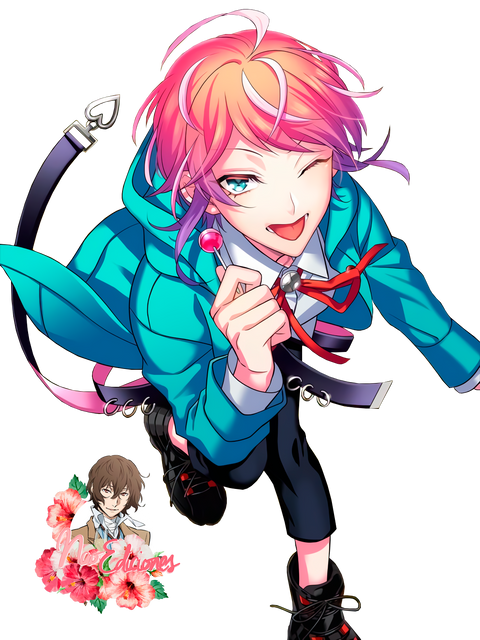 
PM me here if you're interested or contact me on Discord at
@Ramuda#2649
I also have a Wattpad, but nothing's written yet. Someday-
Hey! I have a new role-playing Discord server. It's very small at the moment, and it'd be nice to have some more people. So it's right here!

Byeee! Have a great day, night, afternoon, or midday (and if it's like 3 AM go get yourself some sleep)!

Dekko
Dekko, Dekko, Dekko...where do I even begin!? Quite fun, she is! Plus, with a selection of unforgettable characters, there’s always someone ready to play! Yeah, give this puu quite the dekko, will ya? (See what I did there, Dekko-puu?) Kind and understanding Wonderful writer - Xenoworlds_BEYOND

Dekko
Dekko is a very interesting roleplayer. When I had a plot idea that I thought would be good for our RP, Dekko agreed on it, and even complimented it! I think Dekko is an awesome roleplayer, and more people should RP with this user Kind and understanding Wonderful writer - MangoNekros

See all of Dekko's kudos »

Inquiring minds want to know why we too should befriend Dekko!