Warning! You are now in the presence of a Disnerd! Proceed with caution! 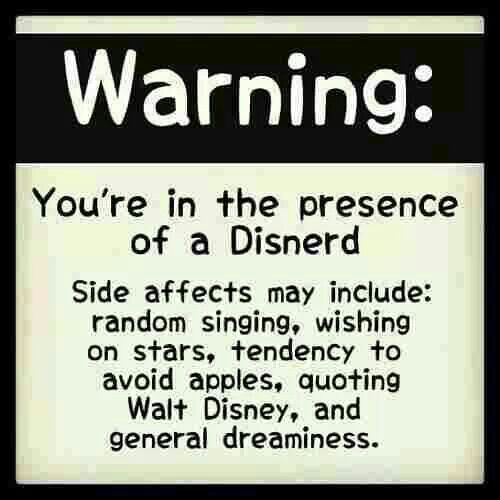 You still here? Awesome! Now, with that outta the way, let me properly introduce myself! So, the name's Gab! I'm just your average 21 year old girl with a love for Disney (More specifically, Lilo and Stitch), writing, drawing, and animals! I also use too many exclamation points! Oh, and I'm dating the best moth ever!

So, let's get a little bit more about me outta the way!

1. I live in a relatively large family. I have three siblings as well as three dogs (one of which is a puppy), a cat, and my parents. It gets crazy at times, but I love it.

2. I love different types of music. The music I listen to really depends on my mood, though. I'm the type to cycle through the same five songs over and over again, despite having over 100 in my playlist haha.

3. I am currently in the process of becoming a high school art teacher!

4. I live in Texas, though I have also lived in Florida and North Carolina. My parents are retired from the Air Force, so we used to move quite a bit beforehand.

6. I have Turner's Syndrome, meaning one of my x-chromosomes is broken up or missing entirely. Curious about more? Don't be afraid to ask! I'll try to answer questions to the best of my ability!

8. I'm in the process of attempting to write a book centered around a few of my characters and the world they live in. It's slow-going, but it's getting there.

9. I have a number of fandoms, the most notable ones being Harry Potter, Fullmetal Alchemist, Miraculous Ladybug, and Percy Jackson. I only have characters for FMA, though, I could whip up an oc for the other fandoms if needed. You can ask about other fandoms I'm in and I'd be glad to tell you


11. Currently obsessed with this song at the moment.

Well, now that you know about me, let's get into my rp rules!

1. I have relatively slow responses. I can usually only manage to respond every once in a while, mostly because writer's block gets a hold of me and my mind usually likes to go in a million different directions at once. I try my best not to flake.

2. Please don't bug me about responding, even if you see me floating around the site. That will just make me feel rushed and believe me, I don't like that feeling. Giving me a bit of a poke and seeing how I am and asking me if I'm still up for the rp is alright, but rushing me to respond kinda pushes me away.

3. I write in 3rd person perspective and would prefer my partner do the same.

5. I usually write 1-3 paragraphs and would prefer my partner do the same. You don't have to write a novel, just please give me something to work with.

6. I will not change the relationship statuses of any of my married or engaged characters. Their relationships are canon and will not be changed because you don't like that fact.

8. I do love a good IC romance, but don't let it overtake the rp's purpose. And again, don't assume that because my character's fallen for yours that I feel the same way. I'm happily in a relationship, so let's just stay friends.

9. I prefer to rp in medieval-ish fantasy setting as this is the world a lot of them live in.

10. Smut with me depends on two things: The player and the character. Both you and your character must be 18+ to do smut, though if you, the player are underage, I will do ftb and I will flat out refuse to have my characters do ftb or smut with characters under 18. I would also prefer to have at least rped with you for a little bit and there to be an actual connection between the characters to do smut or ftb. I also don't want smut or romance to overtake the plot's purpose. There are also certain characters of mine that I will not do smut or ftb with.

11. When it comes to romance, I'm open for any type of gender pairing. Though for smut, I would prefer MxF since I'm not really familiar with how any other gendered pairings would work. I'm willing to learn, but I'll probably be asking a lot of questions, so I'd have to ask for patience. I also don't go into too much detail with writing smut out, so please be aware of that.

12. If you're interested in any of my characters, please do shoot me a message and we can figure something out!

13. I do like to have a good OOC chat, so don't be scared if I all of a sudden pop up with those OOC parenthesis! I don't bite!

15. A lot of my characters are being updated at the moment, so please pardon my dust!

Oh, yeah! Before you leave, check out this one thing!

Check out my Pokéfarm account! I've been slowly building up my dex on it and have made quite a bit of progress!

Well, with all of that outta the way, I'll see ya around, hopefully!

Gab
Yeah, I know, I've given her kudos multiple times before, but that's just a testament to how amazing she really is. Everyday, I find something new that just astounds me, and perhaps I'm biased, but I don't think you'll find a finer RP partner on the RPR, or anywhere else on the internet. She's an absolute sweetheart and she's excellent at keeping an RP torturous exciting! Yeah, I love this girl and I've enjoyed each and every one of our many, many RPs so far. Go write with her, now! - KansasVenomoth

Gab
Where do I even begin? I know I've given her numerous kudos already, but that's just a testament to how amazing she's been. She was one of the first people I had talked to on the RPR and she's been one my best friends ever since then, and she's even become more than just my friend. Asides from her just being an amazing friend, Gab's an absolutely fantastic writing partner, if a bit tortuous. I love every single story we've written together and I'm always eager to see what else she's got planned. - KansasVenomoth

See all of Gab's kudos »

Inquiring minds want to know why we too should befriend Gab!