INTJ. Plain and simple, I am nothing more than what you perceive of me. I am an individual, married and bound by reckless devotion to a soul far beyond the universe. I am a man in love with both the moon and stars, they've captivated me and protected me.

I am beyond my years, yet so naive. I only ask for patience and mutual respect as human beings. Who I am, what I do, and what I think are not factoids for who you are, what you do, and what you think. Please respect that my individuality is not a mirror of my husband's, we are two separate entities and prefer to be treated as such.

I'm an admin and writer for the group of Tam'nýer—a'. I have a handful of characters in the group that are looking for roleplays. We have incredibly talented writers and all of them are itching to find more members to enjoy the stories they put together and to see what new people will bring in. Please, come and join the fun!

As Above
• I do not write or message with anyone under the age of 18.
• I will not accept random friend requests.
• Ghosting and dropping stories is acceptable.
• I have depression, anxiety, and ADHD.
• I am an empath.
• I am asocial, but I enjoy small groups of very well known individuals.
• I am introverted.
• I am insecure, and I get jealous.
• I am honest and straight forward.
• I am understanding and sacrificial.
• I am a peacekeeper.
• I work night shift 5 days a week. I don't have a sleep schedule, but I'm not able to reply all the time.

So Below
As Within
This is a compiled list of things I love to have involved in my roleplays.

Tropes;
× Big buff dudes being the big tough guys in a relationship, but secretly they're giant squishy teddy bears.
× Badass ladies that have to be romantically chased to realize it's okay to have a love life and still be the badasses that they are.
× Height Differences
× Unlikely friends become lovers
× Volatile Relationships

Fandoms/Universes I want to learn more about and also write in;
× Witcher
× Darksiders
× Dragon Age
× One Piece


Base Plots I will love until the end of time;
× Prisoner and Slaver/Jailer
× Stockholm Syndrome
× Unlikely Duo
× Enemies turned lovers
× Everything leads to romance
So Without

Write with anthropomorphic characters or furries. Shapeshifting into an animal is one thing, but anthro/furry characters are not my cup of tea.

Write with anyone under the age of 18. This has nothing to do with anyone but past experiences.

Write or read roleplays in 1st person. This brings far too personal a touch in to a story, and to me it feels as though it has a strong tendency to blur the line between writer and character. Too many times has it led to drama between myself and other writers and I refuse to allow it to happen again.

Write for gratuitous validation. I am not here to validate your appearance or strength through your characters. You are a beautiful, strong, and incredibly powerful human being. You don't need a character to feel that way about yourself.

Write with characters who have a blank or lacking profile. I cannot find interest in a character that is "all in ones head" because I'm not in your head. You need to give me something to catch my interest or I won't see anything worth writing with them. 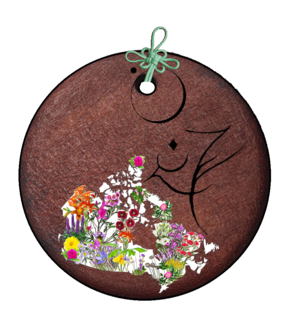 Damodara (played by Hadeslicious)
The toughest of the tough, the bravest of the brave, or so Damodara would have you believe. As complex as the ever-changing currents he calls home this ex-pirate is always more than meets the eye. Played such that he is true to the character and leaves me hanging on every word and begging for more. - Kruhee

Hadeslicious
PrettySir has proven himself to be a great member of the community despite only being here such a short time! He cares deeply about keeping the RPR's warm vibe and friendliness. You rock! - Copper_Dragon

See all of Hadeslicious's kudos »

Inquiring minds want to know why we too should befriend Hadeslicious!