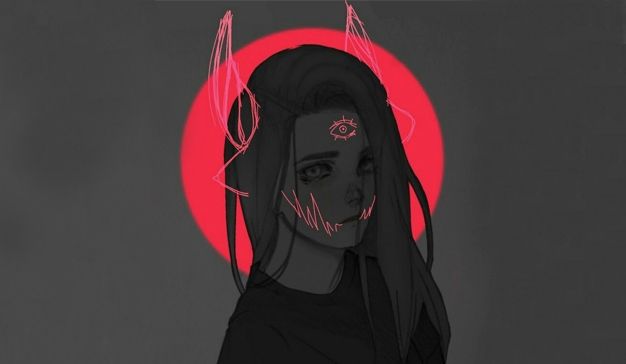 Hello. My name is Killian, my username is obviously KilNi. You can call me either and if you have or want a nickname for me, just tell me before you call me that or let me at least say if I accept it as a nickname.

Things about me is that my life surrounds supernatural, magic, writing, and art. I find that the simplistic things in life always happen for a reason, and that fate and destiny are far different things. One time, when I was a child, I climbed a tree and I fell down, scratching my leg so horribly that I had to rush inside--we later found out there was a snake within the tree near the roots. If I stayed there, I might have gotten bitten by a snake! I believe that EVERYTHING happens for a reason, I mean, EVERYTHING. 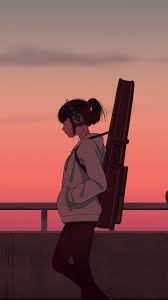 Supernatural that I love is vampires, demons, ghosts, spirits, druids, and anything other than that! I love lore and I love learning of things that could have happened or did happened. Have you ever wondered why things happen but there is no explanation that is normal? Like, a man arises from the dead after he has been dead for forty minutes? UFO's are sighted all around the world? Things that were in mythology were found later in life? There are sightings and videos of things unexplainable and they have not been tampered with?

I am the type of person to question those things. Let me say, I do not believe that everything I see is real. I am not ignorant when it comes to that, and let me say, I am a skeptic even though it does not sound like it--but I just like knowing what could be true, what could be real. 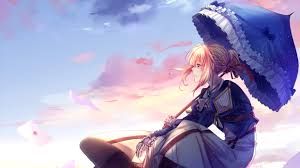 I am obsessed with writing, RP and writing my own novels. None are published sadly but I want to try and get the first rough graph finished within this year. What is my book about? Well, its a New Adult Fantasy Novel which will be apart of a series. It is very adult like so it is definitely not YA. haha! I love writing fantasy because there is NO limits. None at all. Want humans that don't look human? Why not! Want some vampires that eat glitter and sing songs all the time? It is possible. (Do not worry, I do not write about vampires in that way.)

Want to see how I write! Well here I can show you. My writing style can differ from how you write, but I mostly stick to this descriptive and long style.


Writing Style
Ilse kissed her teeth, huffing loudly, sweat slicking down her skin in a sheen as she jumped her legs up and down in a nervous manner. Fingers wrung together in heat as her eyes flickered about the bare room.
“Ilse Müller?” A voice sounded to her right causing her to cease her jumpy legs, sweat seeming to double by the amount already on her skin. Silver eyes flickered upward with pupils dilating in a skittish manner. A man stood at the heavy iron door that was five inches thick, hands behind his back and gazing at her with an emotional facade.
“Yes sir.” She responded, listening deeply to what he will say--maybe tell her why she has been waiting in this room for hours on end, without a sight of what could happen in the near or distant future. Not knowing what would happen to her made her sick in churning knots within her stomach. 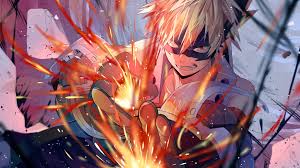 When it comes to talking to me--I do have rules. Here are the few that I have and I ask that you please follow them. If you do not follow them then we will have problems--and problems are not things that you want to have with me. Here are some of the rules:


Rules for communication
1. Smut is for those 18 or older.
2. No killing or cutting up my character without consent from me.
3. If I say no, then I mean no.
4. Respect me and I will respect me.
5. I only RP with 16 or older.
6. Homophobes, racists, sexists, transphobes, and more are not tolerated.
7. I will block you if you are rude.
8. If I catch you in a lie about your age, I will block you and report you.

I do have rules for RP as well. Again, follow these. I will have issues if you don't because they are literally stated clearly for you to read and follow. If someone says they read my profile but did not see these rules and then break them... oh dear child, I will block you. Here are the rules:


Rules for Rp
1. Smuts is 18+.
2. I only RP with 16 or older.
3. Do not kill or severely hurt my characters without consent.
4. NO ONE LINERS
5. Description is yes. Don't have decent description then I will cancel/decline your RP request or mine.
6. I can do fandoms! Just ask.
7. If you have certain questions, ask, don't guess.
8. Furries and Anthros are okay for certain things.
9. Incest is a no no.
10. I accept all genders and sexualities.
11. I can do any ships or gender ships. 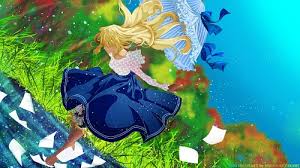 Who loves zodiacs? I do! I am a Taurus, full-blooded and true. I am stubborn and very hard worker. I think I get annoyed when people say that Taurus' are all lazy. There is actually two different types of Taurus' and I think it is weird to just say there is one when there is OBVIOUSLY two different types, maybe even three! Zodiacs don't define people but they do set a line and border for it.

Please PM me if you want to RP or talk or have some questions.

KilNi
We have started a role-play together and I must admit that I have never expected someone this young (they are 20) could have such a great endowment concerning writing, not only they are an awesome writer but also exceedingly friendly and kind, KilNi is a magnificent person, I am honored that I am their roleplay partner. Kind and understanding Wonderful writer - Vozhad

See all of KilNi's kudos »

Inquiring minds want to know why we too should befriend KilNi!