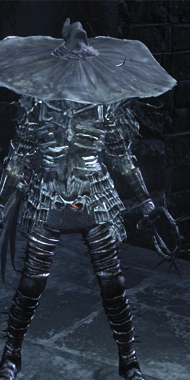 I'm very accommodating so these are generally flexible. Variety is the spice of life.


My genre preferences are generally lower levels of technology and alternative worlds with magic over realism or sci-fi but I enjoy a good urban fantasy or 'dirtier' tech. Space isn't really my thing.
I also don't really mind if your profile is incomplete or you don't have art, as long as your writing can bring the character to life that's all that matters to me. I'd prefer it if characters matched visual styles but hey I can use my imagination.


✨
I also use British English as a personal standard to explain some weird spellings but can switch to US English and even prefer it under certain circumstances (who says the 'o' in foetus?) so 9/10 times I will understand you and not mock you for being 'wrong' - because that's such a trite thing to argue about.
content warnings❗️
❗️ I will roleplay graphic action and write profanity if befitting the setting. I am tasteful about this however and don't appreciate violence on the level of overblown obscenity. I will happily describe sprays of blood and chunky giblets but there is an important distinction in tone between uncensored action and what is basically direction for a snuff film (freaky predators in roleplay, bruh - not even once.)
❗️ Profiles may allude death of loved ones, trauma, or abuse. These details may be mentioned in passing and won't be part of the plot unless you are okay with that but the character's past is a part of them and won't be changed for the sake of censorship.
my limits 🚫
🚫 I don't have current plans to ERP. I'll fade to black if things lead to that direction.
🚫 Politics. I don't like discussing real world politics on a site where I try to get away from all of that.

BURY THE LIGHT DEEP WITHIN
CAST SIDE, THERE'S NO COMING HOME
WE'RE BURNING CHAOS IN THE WIND
DRIFTING IN THE OCEAN ALL ALONE

Lucidus either hasn't made any characters yet, or all of their characters are anonymous.

Lucidus
What can I say? Sunny is incredibly fun to roleplay with and from what I see, has a wonderful sense of humor as well. Great writing, there is always enough details in their writing to react to and I always look forward to their reply. A really cool and interesting character that is Oscar as well

Lucidus
After helping with the fundraiser for Operation Audacious Phoenix, SunnyD went on to help squash a bug during beta testing! Helpful - Zelphyr

See all of Lucidus's kudos »

Inquiring minds want to know why we too should befriend Lucidus!