[Please dont send a random friend request. If I dont know you or we havent spoken before, I am not going to accept it.

Please don't bug me for replies. I will get to them when I can. Some days I only feel like posting in forums or answering certain messages. Wait at least two days.] 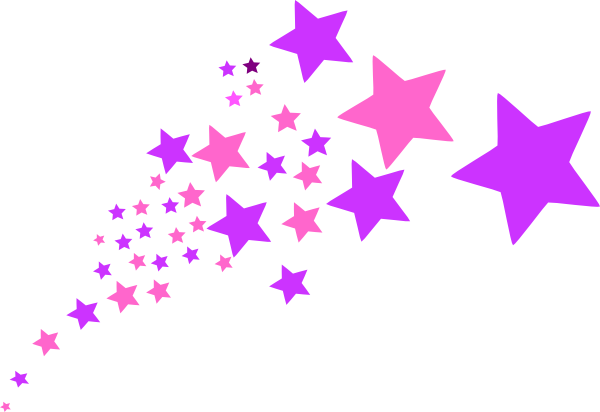 I will try to make this short and sweet.

I am a mother, have a significant other, and I work as a full time C.O Supervisor as well as have some physical and mental difficulties. With that being said, I have a busy life. So patience with me is required when it comes to roleplay but I do try to reply at least once a day. If I can reply more then I will. I will add that I do roleplay on discord too. You can add me there for more roleplays or just to chitchat. Chatting with me is more than welcomed! I love making friends (Warning! I use emojis like crazy!). All I ask is that you're respectful (and not creepy) because I will be respectful to you.

I've been roleplaying for over 20 years, so I have a lot of experience under my belt. I'm very open minded so I have done a little bit of everything (slice of life, slavery in all eras, T1-T3 fights, romance, taboo, etc). Nearly all of my roleplays involve drama and some type of trauma. Drama, action and romance are my absolute favorites so my characters and stories tend to focus around that.

If you want to roleplay then just ask! More than likely I will already have a character to fit your needs or one in the making. On another note, if you like multiple characters I absolutely do not mind doing more than one roleplay with the same writer. If our writing styles mesh well then I prefer to do another story or two with you.

As another side note, if you happen to see one of my characters post in Forum Games and your character responds to it, I am more than willing to consider starting a roleplay based off of that interaction or even starting a new story altogether (but you must be willing to help with ideas otherwise I will stop responding). I'm too shy and anxious to randomly message other people so I will leave that decision up to someone else 😅

Fun Facts!
💜 Favorite color is pink (if you havent noticed).

💜 I have anxiety. Sometimes I cant handle people and need time away.

💜 I want to be a Jail Administrator, Nurse, and Paramedic (I can't make up my mind!).

💜 Fried chicken (or any chicken) is my favorite.

💜 I'm very open minded and I try not to be judgemental but I will NOT tolerate any hate (racism, sexism, homophobia, etc).

💜 I hate teaching people how to do things because I am horrible at explaining them.

💜 I dont like to read. It's hard to keep my attention for longer than a few minutes. Which is why I dont like novella rp.

💜 I'm OBSESSED with Sailor Moon, Spongebob and MLP. (Vegeta too. He's my bae 😍)

💜 ASMR is life. My favorite is eating and cooking ASMR (especially when it comes to steak, fries, and cheese 🤤).

💜 I enjoy making friends and talking in general. You can message me any time you like if you want to chit chat!

A unique business that serves as a bar and Cafe. There are floors for dancing, a room for karaoke night, and a swimming pool with all of the fixings!

In this world there are portals that connect to other worlds, which means anyone can come in for a night of fun.

(Server is dead but I might be willing to bring it back for fun, quick rp if desired.)
https://discord.gg/qCv4K9z

Meeee!
Just ask for it if you want to chat.
Chillaxin
Just a relaxed place for 18+ writers to hang out and make new friends!
Chillaxin 18+
It is still a WIP (I deleted it then brought it back).

💜 I know a lot of people do not like roleplaying with a character that's shared with others on a slot. I am slowly working on putting most of those characters in their own slot. Some will not have their own slot because

1. Those characters frequently intertwine with most, if not all, stories.
2. Some do not have serious enough roleplays for me to consider moving.
3. Some characters I'm just trying out to see if I like them. It's easier than making an entire profile for them.
4. I don't have the money for the needed slots yet. I'm slowly buying over time.


Rules
💜 I only write para + replies and I want the same from my partners. I prefer 2 + para replies. I write 2-4 on average. Depending on the character I use and what is going on in the story, I can write more.

💜 I require my partners to be okay with adult themes whether that be smut, violence, or other related themes. I very rarely do anything that is 'normal' and/or calming.

💜 I also require my partners to help out with the stories whether that be pushing the story along or adding ideas. I love adding things into what we are already doing so don't be afraid to run something by me.

💜 You must be comfortable writing out adult scenes. I do not enjoy fade to black. There have been some situations where I've skipped a scene and it was played out wrong, which is why I prefer to fully play them out. Sometimes character development happens and your character can surprise you!

💜 I know most of my characters are face claims but that does not mean I expect my partner to use face claims too. I only require a GOOD picture whether that is artwork or a face claim.

💜 I am all for group rps or either of us playing as multiple characters in the story. I mean other than playing as an NPC.

💜 I will roleplay with anyone regardless of gender, sexuality, race and age (and whatever other nonsense) provided that you are at least an adult IRL.

💜 I will roleplay with any character except ones from the genres that I do not like. I am more than okay with children but, sadly, most stories for them are too dull for me. I need action and drama. Not cutesy adoption things unless it is a group roleplay.

💜 I love long term roleplays with character and story building. If you have to work toward something, I'm all for it.

Dislikes
💜 I do not fade to black unless it gets repetitive or is needed to push the story along.

💜 Random/Surprise starters are a no for me. Very, very, very few of them I'm willing to accept. It's usually because said scenes are too out of character for me, even when doing a one off scene.

💜 I'm very flexible when it comes to stories but I will not roleplay sci-fi, futuristic, and canon settings. I have done it before and hated every minute of it. (I will play certain animes but those are very rare and hard to enjoy still.)

💜 I do not want to create a character for anyone. If we are doing a story and I think it is acceptable or needed, then I will do it. But I don't like people approaching me who want me to make a wife, mother, or someone for their world. I don't feel comfortable with that.

💜 I also don't like changing my character. There are a few exceptions where I will allow that. I usually try to have it listed on their profile. Such as if a character is flexible for fantasy settings. I might remove/add powers or change from human to demon, for example. But I do not like people requesting that I change their race or for drastic changes, such as a character having a child when they dont want or can't have one.

Other
💜 I do have an F-list of all kinks I am willing to do. You only need to ask for it. Though I will say that not all of of those kinks apply to all of my characters. Some are very specific. I am in the process of trying to make a list and post it on every character.

💜 I am ghost friendly, meaning it's alright if you ghost me. I'd prefer it if you left the rp rather than stick around. It just makes me wonder if you're going to reply or not. Leaving would help us both.

💜 I know all of my characters are public now but that doesn't mean I wont accept more than one story from the same writer.

💜 I am not opposed to either writer playing more than one character in an rp, whether that be NPC or any of our actual characters. (Example: It would make sense to use my paramedic and trauma surgeon in the same story, or for Ayla to pop up with her man stealing ways.)

💜 I will mention that while I will play with female characters, I do find those stories to be dull as well when I am playing most of my females. For some reason they dont mesh well in my opinion. But i am always willing to try!

💜 I adore character connections. I will be more than happy to connect or discuss a possible connection with our characters. Due note that if I agree to it that does not mean I will not roleplay that character with someone else. Our stories would obviously be the main one that matters. On another note, some characters will not have romantic connections unless it is played out in a roleplay.

Prompts, if any, will be listed on individual characters.

PinkBrat
There's so many things I can say that I could not fit into this kudos. PinkBrat is a joy to talk to and RP with. Well rounded and detailed characters, she is not afraid to play out themes on an RP that most would avoid. OOC she's very down to earth with a great sense of humor, a fiery will, and strength of heart. You wouldn't think twice about RPing with her! Awesome pointblank period! Great sense of humor Wonderful writer - KingTai

PinkBrat
Ive been fortunate enough to read some of their writing through the RP group we are apart of. I love her spunky characters! She has many different characters to choose from and I don't think anyone would regret reaching out for a roleplay! She's kind and wonderful! Kind and understanding Wonderful writer - AquaCharm

See all of PinkBrat's kudos »

Inquiring minds want to know why we too should befriend PinkBrat!