~Status~
Personal
Hoo howdy boy.
If you feel like sending a depressed person with self-value issues a message just sayin' hi to show you care... it'd be appreciated.
Roleplaying
Active
:3c
Please keep in mind that even if I am active, I might be experiencing writer's block, or be too emotionally drained to respond thanks to a litany of mental issues. Just wish me luck, give me some time, and I will do my best to get you a response! I will always respond, or message you otherwise.

Age
17, as it says at the top of my profile. uwu My birthday is July 28th. I am not yet old enough for this site, so any sexual content will have to be fade-to-black with me. Everything else is fine, though.

Nationality & Time Zone
I am Swedish! I live in the Central European Time Zone (CET). 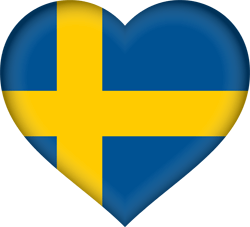 Writing Preferences & Style
I do not accept people who write less than four sentences per response, do not use proper grammar, and do not take the plot anywhere. I always ask for a writing sample and will review your characters before roleplaying. I don't play with nonsensical, overpowered, or super annoying characters/writers (aka "I'm perfect, never miss, never get hit, and know everything"). Pretty standard rules, no? I myself write in a rather flowery style. I love details and descriptions, which means it might sometimes take me some time to respond if I feel like my response isn't up to par. I will always keep responding on my agenda, though.
I almost always write medieval fantasy, but if something particularly piques my interest then I can be flexible. I don't always feel comfortable writing in pre-existing worlds if I feel like there isn't room in the canon for creativity (I struggle with LotR)-- but things like Star Wars that are broad with lots of history and flexibility is great! I usually play in custom-made worlds, but I have currently started a Star Wars roleplay (of which I am making a character for RPR). Just as long as there's room to breathe!


Example of My Writing
The half elf sits in his chair for many moments longer, eyes connecting with that of the bard's as the snow elf passes, puffing out a dragon of smoke that curls, growling, from his lips.
It's a good breath of silence Ellois receives as he stands outside with his herb, before the half elf whom sat in the darker corner of the tavern steps out behind him, though shuffles off to the side away from the minstrel. His garb is worn and traveled, but taken care of. Daggers and pouches hang from his torso and body, polished handles and decorated sheathes. The bags, oddly enough, all have their openings facing inwards on their bandoliers and belts, though a good many of them seem to be full and heavy for their hand-held size.

The half-elf keeps an air of distance, eyes unimpressed as he leans back against the wall of the tavern, that roll of faintly smoldering ditsy pinched between his pale lips. His hair is wild, and though the sky above them is dark and speckled with starlight light someone threw paint on a canvas, the wind shows a degree of ferocity the now-sleeping sky does not. Enough to raise a slight chill in the moonlight and to carry music, voices, and laughter down through the cobbled streets of Merchant's Roost. Enough to lift the navy strands freed of their imprisonment of the elf's intricate stylings, or the wild locks of gold threaded through with white on the half-elf to his left.

What's Up?
I'm an IB student with insomnia and anxiety. Just tryin' to stay alive, man. But I'm almost to Uni! So cloooooose. Currently fighting against my school admins to keep my musical alive. u g h

Faith
I don't tolerate disrespect on any subject, and this still stands for faiths and religions (or lack thereof). I myself and Wiccan, and have no problems with Christians or anyone else, so don't bring any hatred here. I am very proud to be Wiccan, and yes I practice with herbs and crystals. 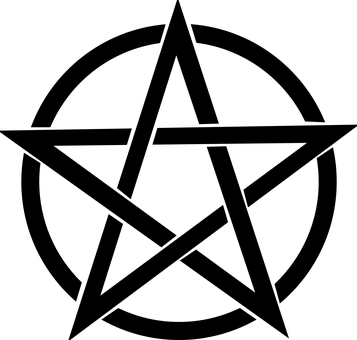 Sexuality
I myself am a poly demiro gay. Thus, my characters tend to be queer. Not all of them, but almost. I write my characters as a part or some semblance of some aspect of me, which makes writing females/heteros a bit more difficult, but I'm slowly getting better at both! 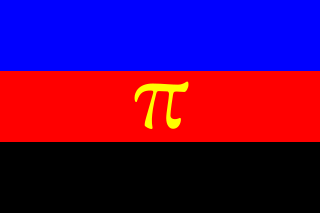 You should totally check this thing out 😉
There's this really cool thing I'm working on called Mirys!
Q: What is Mirys?
Mirys is a Medieval High-Fantasy World with many creatures, made-up cultures, a lot of history, and a lot of conflict.
Q: How long have you been working on Mirys?
I started Mirys when I was twelve years old, on my birthday. It's been a labor of love since, and turned five this July.
Q: Okay, but what Is It?
It's a lot of things! The most poignant being a book series. I'm currently writing book one of the first Mirian book series on Wattpad! I'm also working on making my own version of D&D to be compatible. Lots of work, but I love it.
Q: Ew, why are you advertising this on your roleplay page, gross. 🤮
Because a) Mirys is a world you can roleplay in. I had a group here on RPR, but I deleted it because it gained no traction; b) Mirys is probably the most important thing I've ever done in my entire life, and I very much crave feedback. There are always way to improve and, frankly, I don't want to "screw it up," as much as one can with a personal made-up thing. Besides, despite how it sounds, approval and interest is nice lmao.
Q: What inspired you to make Mirys?
A couple things inspired me to start making it, and I drew inspiration from even more for the details. I started making it because my dad has done something similar for D&D. He has a world that has decades of history, and I wanted something like that. A place where everything could be tailored to my design, where things can but don't have to be one way or another. I've been inspired by Harry Potter, Artemis Fowl, TES, Tolkien, D&D, and a lot by IRL folklore and culture when making this.
Q: How much have you done in five years?
A lot. Mirys has 66 69 (noice) races split across four categories. I've plotted major historical events, figured out important figures across different countries, the traits of different races, relations between different races and countries, the geography, some animals and plants, reproduction methods, alchemy, architecture, currency, I even made a language. There's more, but... this is long.
Q: How many books are you planning to write?
Currently I'm thinking about making a mini-series (anywhere from 2-4 books, I plan) from each continent, starting with Shra. So there are six mini-series that follow different characters from different places, working around different conflicts, that will feed into one big "Finale" series.
Q: Is there a map? Where can I learn more?
There is a map, but it's not online because making maps digitally is a lot of work, and I am the only person making all this (aside from the monsters xKeatonx has generously donated). I do have a WorldAnvil, but it's pretty sparse so far. If you want to know more, feel free to ask me in a message! I could talk about Mirys for literal days at a time. I have built/am building a Spotify playlist so you can get a musical feel for the world!
Q: Is this segment finally over?
Yes.

~Merry Part And Blessed Be~

THIS is a lovely medieval/pagan/folk-music/bard-y playlist (and my favorite playlist). If you know how to bbcode embed spotify playlists, please let me know!

RainbowPitch
While we only talk OOC, Magnus is wonderful. His creativity is something that will make you keep prodding him for information to learn more, because he crafts absolutely magnificent things. It also makes his writing ability apparent. You should truly check out his world Myris. While all the lore isn't up, keep an eye on it, because this wonderful young man can only grow, and where he is now is already exceptional.

RainbowPitch
This boy. This boy is one of the most amazing fantasy writers I've ever roleplayed with. He not only has an incredible vocabularly, but writes eloquently without the RP being dense and thick. 13/10 I lov. - tisonlychaos

See all of RainbowPitch's kudos »

Inquiring minds want to know why we too should befriend RainbowPitch!