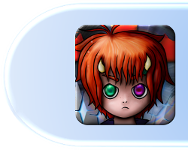 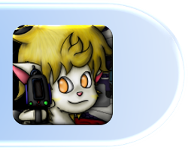 
Sending Me Messages
If you reply to any of my LfRP threads or send me a PM with something like "hi" or "hello" or anything unhelpful to discussing an RP with no other text, YOU WILL BE IGNORED. I'm not good at social stuff and don't really know how to handle those sorts of replies, so I've decide I'm just going to pretend they don't exist. If you want to be sure that I respond to your reply, at the very least express interest, but also try to put forth things such as characters you might want to use and if the prompt has multiple options, which options you want.

I do not RP without first discussing said RP. I don't like jumping in blind. So please don't send me starter posts when we haven't discussed RPing yet.


Sending Me Friends Requests
If we are already RPing: I will accept and reciprocate friends requests.

If we have spoken for a long time OOC or are about to start an RP: I will accept and reciprocate friends requests.

If we are RPing and you have been playing anonymously, but wish to friend me anyway: Please message me stating as much if you want me to accept. I will reciprocate. I know there might be privacy issues involved, but if I don't know who you are, I am likely to decline you. Please don't take it personally if that happens.

If you want to add me to your activity feed or have a similar utility reason to friend me: Please message me stating as much. I will likely accept, but not reciprocate.

If none of the above apply: I will likely decline you. I am shy and reserved and am more comfortable doing as much. Please don't take it personally. I will probably feel guilty about doing it though...

Three strikes and you're out! If I have to reject a friends request from you 3 times in succession, I will block you. You have been warned.

Note: If I decline you even though you fit into a category where I shouldn't, it might be because I don't remember you. So if it's been a while since we've interacted (ESPECIALLY if it's been through a group RP) or you've drastically changed your RPR identity since, it might help to drop a message first.

I COMPOSE ALL MY CHARACTERS' THEME TUNES!

I am over 18. My exact age will be given if and when it is necessary to do so. For now, I'll go as far as to say that I'm a somewhat younger-end millennial (So yes, I am over 25).

I do not ghost. And would appreciate not being ghosted in return.

I once watched a 10 hour video of Nyan Cat all the way through.

In all seriousness... (though the above statement is actually true)...

I play piano (and otamatone, kalimba and ocarina) and ride a motorcycle. I have music playlists that include both Coldplay and Amon Amarth. I love car racing games but have barely a competitive bone in my body. I am a bundle of silly contrasts.

I have Autism Spectrum Disorder, so there will be cases where I enter social situations somewhat unusually or outside of normal etiquette. I apologise for this.

I almost never bail on an RP (almost every instance that I have done was due to taking a break from the site), so unless I've been inactive for a very long time, chances are that I'll get back to you with a reply at some point. I'd prefer that if anyone is getting bored of an RP and doesn't want to continue to please tell me so I don't sit waiting around for weeks wondering if I'd get replies. I'd also like to be told if I'm going in an uncomfortable direction so I know to not make matters worse by pursuing it further. I don't typically do non-asexual romance or sexual content in RPs.

Many of my characters are lacking in secondary sexual characteristics either due to age, sex or species. I guess it's a reflection of my gender identity, dysphoria and escapism.

Typically, I do multi-paragraph RPs. Once I'm into an RP, the bulk of my posts are about 2 paragraphs long, though I do sometimes only post 1 if there's less to say. Depending on circumstances, I can post super-long walls of text, which particularly happens toward the start of an RP, and can often surpass a total of 10 paragraphs.

I tend to write in a story-telling manner. One of my biggest strengths in school was creative writing. If you don't have the patience for novel-style posts or feel intimidated by it, I'm probably not the best partner for you.

Character development is a big thing for me in an RP, particularly with my more established characters. Pausing adventures to form bonds and friendships is something one should look out for in my RPs. Partners who just want the action and normally skip past the bonding and getting-to-know-each-other phase of an adventure might clash with this, so if you get easily bored by it, you might want to think for a bit before picking me as a partner.

As for my weaknesses... I do tend to get a bit controlling when in charge of a plot, at least when it comes to the mechanics of the setting. And when I'm following another's plot, I can get pretty passive unless I'm explicitly told to put in more input. This is mostly because when I have a story idea, plotlines and scenarios flood my mind instantly, and I get excited over them, resulting in me essentially taking on a GM role; but when I'm not in charge, I get worried about stepping out of line with someone else's story or breaking the mechanics of the setting.

I do often like to experiment a bit with unusual characters and concepts. That's why I have weird characters like T'joa in my roster. Ordinary humans bore me when I'm forced to RP as them, though I'm completely fine with pairing my wacky characters with humans and seeing how they gel. Whilst I typically avoid romance (except in certain asexual cases) and sexuality, I'm completely fine with things like nudity (when not related to the fore-mentioned topics), so if you're not comfortable with that and you see me being too casual with it, just say and I'll scale it back. That includes other topics that might cause discomfort too, such as dark themes or too much experimenting with weird characters.

Whilst I don't tend to bail on RPs, even when they start boring me (and if I'm completely done with a scenario, I'll say so and state my reasons), I can slow down significantly if I start to struggle.

I enjoy motor sports. I only have a provisional driver's license (to allow me to ride a 125cc motorcycle with learner plates unaccompanied), but I play a lot of driving games and have watched a lot of F1, FE and WRC in the past. I'm not really into other sports, though.

I'm a Yogscast fan, but I don't really watch any of the more popular youtube/twitch streamers out there. I also watch a handful of other similar-audience-size streamer groups, including Outside Xbox and Drawfee. Beyond general streaming stuff, I'm a fan of Critical Role and D&D in general. Whilst I don't watch a huge amount of actual TV, I get most of mine from Netflix, Crunchyroll and Amazon Video. I've watched most pre-Disney+ MCU Marvel shows and am a big sci-fi junky. I also watch enough anime that I unironically use the word 'nani' irl, so there's that.

Note: Depending on circumstance, the above times may differ greatly from actuality. Those are just the most likely times.

Note 2: I'm far more comfortable RPing on RPR than going elsewhere and much prefer all my RP to be done here. I get very anxious when IMing with those I don't know well, and I'm always dubious about setting up a new account on a new site. if you're that desperate for a new RP, and I'm equally as desperate and you simply must RP elsewhere, then I might comply, but otherwise I would rather stick here. Most likely alternate venue is Discord.

Current Activity Level: Variable (Totally depending on what's going on and what the individual RP is. For most of my older RPs, expect replies within a week (sometimes later, depending). Newer RPs and RPs I have strong and fresh motivation for should get replies in within a day or three. I have a lot of RPs going on and a queue system, so if the queue gets bigger, replies will take longer. Please don't be offended if your RP is in the slower tier. Most of my active RPs are in the slower tier and I'm still very much interested in continuing them. If an RP originally in the faster tier starts to slow down, don't worry, I'm not losing interest. Note that slower-tier RPs can and do sometimes get upgraded if I get a strong bout of excitement for them.)

(Only counts RPs taking place on the RPR site)

- Speed of flow by THE RODEO CARBURETTOR

- Knights of Cydonia by Muse

- Masquerade of Piety (originally by Vicious Crusade) by Nightside Glance

- The Hitchhiker's Guide to the Galaxy

- Star Wars: Lost Tribe of the Sith: The Collected Stories

- The Edge Chronicles: The Immortals

- The Dancers at the End of Time (Michael Moorcock)

Stuff that's made me cry

I've attempted to list this in chronological order. Older stuff might be added later as I remember it.

- My Hero Academia (Lots of feels)

- The Legend of Vox Machina (Sad)

- Avengers: Endgame (All the feels)

- This Is Football (Frustration)

- Ori and the Blind Forest (Sad)

- Ori and the Will of the Wisps (Biggest of all feels)

Riik
I started a RP with him and I'll say this: he has TALENT! Oh my gosh! He can write like nobodies business. He is descriptive and he makes his characters come alive. I actually feel like I'm there with him in the RP. He is fabulous. I suggest you RP with him!

Riik
They have some amazing writing skills and enjoyable characters. They also are good at replying and keeping up a good pace!

See all of Riik's kudos »

Inquiring minds want to know why we too should befriend Riik!