-Almost all of my RPs are on discord -
Active RP count: 5

I MADE ONE OF THOSE AVATAR THINGGIES 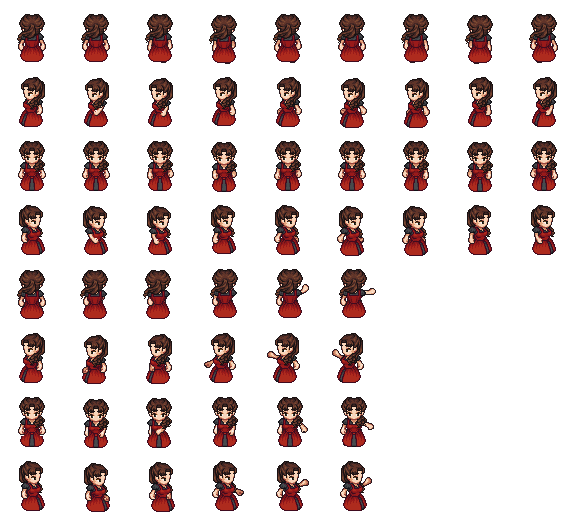 Hi, My name is Kat and I love RP. I had been unable to RP for some time now but I'm getting back into it as I find myself with more time on my hands. Overall, I have been RPing for a little more than 10 years.

My RP history
I made my first solid character, Shiro Hellburg, almost 10 years ago, making changes to her the more I did RP. Most of my characters are from lore I made including them all.

Can you believe I first started RP in ROBLOX when I was... Like... Tiny?

It was a shame but the RP community slowly died on ROBLOX as we all grew older... But here I am doing post-style RP's years later!

I started to RP here for a good while before I made the decision to move my best RPs onto discord, opting to use RPR as a place mainly to find new RPs instead, since I won't go on RPR when I'm on my phone.


The only characters I have on RPR are currently used characters, but even then I've made them anonymous. But of course, I do have my favorites. I usually adapt them to the world setting, but I also like making characters off the bat too.

Not fond of:
Horror
Erotica (Dude, some smut is okay but where's the PLOT)
Sci-fi (I like futuristic themes but not quite enough for Sci-fi)
Strictly Political (Politics student here... Don't do this to me *Wheeze*)
Furries (Humans with a few animal traits I'm alright with)
Strong & descriptive Abuse/Trauma/Addiction

I will only RP if you are 16+ with no sex scenes. If I catch you lying about your age I will block and report you


If you've read my profile, ask me what A.F.E.N means

immalikeawsome either hasn't made any characters yet, or all of their characters are anonymous.

immalikeawsome
~Ohhh MYYY GOD~
Kat is such an amazing roleplayer, all of her characters are very well thought out, and they are all unique and fun to RP with.
Kat is a great person both OOC and IC, and her creativity just blows my mind.
I recommend her so SO so much, you will not have a boring RP with Kat!

immalikeawsome
I am 99.9% sure you are PPistolporco if not well whoops. If so then you're such an amazing roleplayer and the mystery behind next replies is always thrilling to read and sometimes even gets me anxious lol. Anyway I suggest other people to rp with you if they stumble across you - FrootLoops

See all of immalikeawsome's kudos »

Inquiring minds want to know why we too should befriend immalikeawsome!