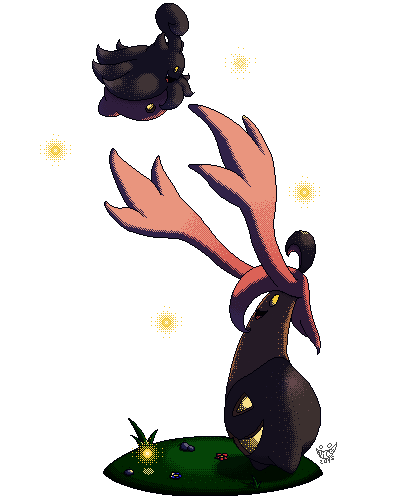 About Me
If you're interested in a partnership, I require the following —
Here's what I look for —

"I do. That was amazing, what you did just there. You make a worthy opponent, Kakashi."

The aforementioned eighteen-year old retracted his naginata. Once the runes engraved on the obsidian pole dimmed, Kakashi deactivated his weapon. As the plasmic blade vanished, he flicked his wrist and collapsed the pole. It shrunk to the size of a baton. Kakashi sheathed his weapon in a holster strapped on his right thigh and offered his hand to Shiro. "Maa, you're a lot stronger than me, Shiro-san. I have the bruises to prove it," he mused. Without warning, his left shoulder and hip positively throbbed. During the beginning of the impromptu spar, the older Paladin exploited an opening — it caught Kakashi off guard, but he wouldn't admit it — and threw him over the man's shoulders.

He accepted the palm and rose into a standing position. "Don't sell yourself short, Kakashi. You did great," Shiro replied. He rubbed his solar plexus. Despite the younger man's unassuming demeanor — a stark contrast to his abrasive visage when the Paladins first met the masked guardsman — and lissome frame, he had a vicious kick. It momentarily ripped the oxygen from his lungs.

Kakashi retracted his palm. "I—" All the sudden, a certain ravenette cut him off,

Kogane Keith — or Keith Kogane according to English grammar — was the Red Paladin and second-in-command. His standoffish disposition and impulsiveness reminded him of his most troublesome student. "I—" Before he could respond, the Paladin continued his contemptuous tirade.

"How do we know we can really trust him?"

He rolled his aching shoulder. For a moment, Kakashi contemplated visiting the medical wing, but immediately banished the thought. Even if the technology was beyond his comprehension — his home world paled in comparison and medical ninjutsu defied the laws of physics — Hatake Kakashi loathed hospitals. "I don't see you sharing, Keith-san. Do you always demand a stranger's complete life story when you first meet?" he drawled.

"All we know about you, Kakashi, is your first name and your ability to wield fire and lightning with a Japanese-inspired weapon engineered by the Olkari," Pidge pointed out.

"Apparently, you can teleport too," Lance grumbled.

"Don't forget the traps. I don't think I can ever look at a spider the same way again," Hunk shuddered.

When the Paladins first landed on Olkarion and foll[/list]owed the coordinates in the distress signal, it led them to the forest. While the Paladins prepared for the worse, they didn't know what to expect. Despite their vigilance, a masked individual intercepting and imprisoning them in a paralyzing field caught them off guard. All Hunk remembered were explosives — oh, and a lot of running and screaming — and luminescent mechanical insects. Kakashi herded the Paladins away from their Lions with multiple explosives and trapped them in a force field generated by an army of robotic spiders.

It was simultaneously ingenious and terrifying. On the other hand, when Kakashi — in his masked glory and he wasn't referring to the younger man's fabric mask — confronted them with his naginata and threatened to kill them for endangering the Olkari, he didn't know what to think. Hunk respected the man's dedication as a guardsman, but dangerous explosives and mechanical spiders?

The dude needed to chill if you asked him.

"Hey now, Kakashi doesn't have to immediately share—" The aforementioned man cut him off before Shiro could finish,

"Hatake Kakashi," the silverette began. He rubbed the back of his neck awkwardly. "Or Kakashi Hatake, I guess." The English language — even with his Olkarion translator — was confusing and he was fluent in GCT, an even more befuddling tongue. Kakashi learned Olkarion, but he rarely utilized it outside the tribe. He glanced at the shortest Paladin and raised his free hand. "I don't require a conduit to manipulate the five basic elements." Without warning, his palm illuminated a brilliant violet. The electricity traveled up his arm and emitted a high-pitched screech akin to a thousand birds chirping. Before the purple lightning encompassed his frame, Kakashi clenched his fist and banished the technique.

"Five? You can bend more than fire and lightning?" Pidge inquired doubtfully.

Instead of responding, Kakashi sliced his palm downward. "Water." He lifted his hand, revealing a bubble of water surrounding his palm. He tilted his hand and the water splashed on the floor. "Wind." Kakashi slapped his palms together, inhaled, and without warning, a strong gust exuded from his masked lips. Before Pidge could react, it swept over her, eliciting an indignant squawk. While the technique wasn't powerful enough to knock her down, her hair resembled a wonderful rendition of a frazzled porcupine. "I would demonstrate Earth, but—" He gestured toward the floor. "—the alloy is malleable, but I don't think the princess would appreciate if I destroyed her training deck," Kakashi elaborated.

"Dude, we have the freaking Avatar on our team," Hunk breathed.

"You know, the Avatar! Commander of all four elements and symbol of—" Hunk trailed, noticing the pure and unadulterated bewilderment on the silver-haired man's face. "—uh, never mind."

Inquiring minds want to know why we too should befriend itliveswithin!