♟ Preferably, length should be at least a couple of sentences. One-liners are reserved for Discord.♟

♟ Please put effort into your spelling and grammar. That doesn't mean it has to be perfect, but I expect you to put in the same amount of effort I do.♟

♟ I don't write smut/erotica. Fade-to-black is okay when it makes sense. Explicit jokes and language are fine though.♟

♟ Please tell me if you're going to be gone or update your status. I can wait for however long is needed. If real-life happens, though, I understand if you can't notify me, and that's okay. ♟

♟I don't play canon characters, but I will play in canon universes depending on the character. The list is as follows.♟


♟When it comes to triggering topics, I ask that we discuss them beforehand and that they're treated with respect. For personal reasons, I'd like to avoid centering a plot around anorexia/bulimia. It's fine if your character suffers from one of these (I have characters that do), but the plot shouldn't revolve around it.♟

~RP examples~
Last example taken from RP with the lovely Jence; written by me. I didn't want to write a new thing that long just for an example.

When I say one-liner, I mean:
He looked over at them. "Yeah? You think so?"
When I say paragraph, I mean:
A gentle breeze blew strands of caramel hair across her face, and a slight laugh left her lips as she turned her gaze back onto her friend. "No, not really. I would like to try sometime, though... It's a shame I never learned how to swim. Maybe you could teach me sometime, yeah?" she asked, sounding hopeful. She thought that it would be useful to learn how to swim, and besides, it looked fun. "But we should focus on the present now, though, right?" she added, looking down below her, feet swinging off the edge of the floating cloud. Ah, how nice it was to be an air spirit...
When I say multi-para literate, I mean:
”Your friend looks a bit like a snowman. I only got a glimpse but his hair's got some white in it,” Abbot piped up, a gentle hand on Prism's shoulder. ”Hey, don't reach out too far or you're going to fall off the bed,” he warned suddenly, laughing. His small friend was poking at the curtain separating him from Mat, slender fingers making little indents in the thick fabric. From the other side, it would have looked as if he was reaching for him through the cloth, and it certainly couldn't be Abbot's hand, as it was simply too small.

”I'm not going to, and besides, after encountering a villain, I'm sure falling off of a bed wouldn't do much to me.”
Prism's face broke into a small smile as he heard Matthew's voice. He knew he was alive, but it still brought a flood of relief to hear Mat himself. He didn't trust doctors and nurses, since they were always saying things to make things seem less bad than they actually were.

”Your mother's going to be just fine, don't worry. We're taking good care of her, and we'll get her all better and back home to you in no time.”

The green-haired boy shook his head-- this wasn't the time to be reminiscing on that. ”I'm glad to hear that! It's not like I expected you to be in tip-top condition after all that…” he trailed off. While he was prone to second-guess himself, he was pretty sure that his new friend sounded a little distressed. ”I'm just fine, though. A little achey, but I'm all good,” he continued, doing his best to sound cheerful. In truth, all of his muscles felt like they were on fire and his limbs felt as if they were made of lead, but he figured there wasn't anything the brunette could do about it. Same went for the memories he had. His voice did shake a little, though, as he spoke. ”It sounds like your hair is still sort of white, huh? I didn't really look too close at it last night, so I sort of wonder how it looks now.”

Both the gaze of Prism and his pink-haired friend turned to the nurse when she spoke, the shorter of the two halfway off the bed with his hand in the curtains. ”S0 soon? We only just got here…” Abbot sighed, but realized that he would have to attend all of his classes. It wasn't like he could skip them, although he felt bad leaving Prism alone again. He knew his friend didn't like hospitals for a good reason, but reasoned to himself that he at least wouldn't be alone and would have Matthew in the room with him. ”Alright, then. I suppose I should get going, since my classes are at the other end of the school…”
Unfortunate, but the truth was what the tall boy spoke as he rose from his stool. He gave Prism a pat on the forehead as a parting. ”Take it easy, and I will hopefully see you in school soon, alright? And Matthew, do be kind to him,” he sighed, the last part coming a bit jokingly. ”Kyra, you should probably come with me. I'd better watch to make sure you don't get into some sort of trouble.” he continued as he walked out and paused at the door.

Prism sighed, closing his eyes and letting go of the curtains. Without realizing it, he'd been starting to grip them tightly. Just like his mother's bedsheets...
He wouldn't think about that now. ”So I guess we're going to be stuck here most of the day, aren't we?” he hummed as he looked directly at… nothing, really. He was preparing himself for a day of mostly boredom, but hoped he could at least go back to his own home at the end of it.

♡ Sci-fi or dystopian (new but willing to try!)

♡ OOC chatter! This doesn't mean we have to be best friends, but it helps lessen the awkwardness a little.

I'm open to new ideas, so feel free to suggest anything unlisted.

Discord: Magical girl guts♡#2649
Psst, I tend to respond more quickly on there!

Hi! I'm milktea_dollie! You can just call me Doll or Eli though if you'd like. Here's a bullet-list introduction of me! 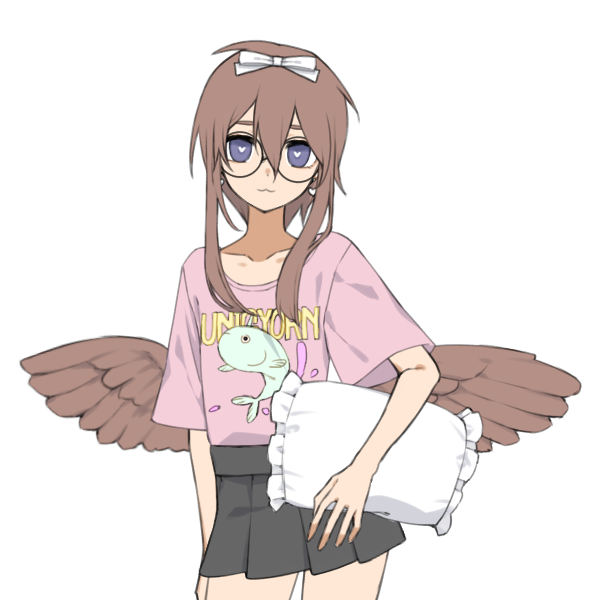 What to call me: Eli or Doll.
Pronouns: She/any (page)
Nicknames: None yet, unless my online aliases count.
Race: Human (half-Caucasian, half-Asian)
Hair: Dark brown naturally; now it's sorta like a yellowish blonde because it's so porous no dye stays in for more than a week or so...

milktea_dollie
An amazing roleplayer, with diverse characters that are well written. Her ideas are creative, and she has a good response time. I love the dedication she puts into each roleplay, and I highly recommend rping with her.
~ fellow shy, socially awkward human Creative ideas Wonderful writer - Anonymous

milktea_dollie
Dekko, Dekko, Dekko...where do I even begin!? Quite fun, she is! Plus, with a selection of unforgettable characters, there's always someone ready to play! Yeah, give this puu quite the dekko, will ya? (See what I did there, Dekko-puu?) Kind and understanding Wonderful writer - Xpoint_MetaPulse

See all of milktea_dollie's kudos »

Inquiring minds want to know why we too should befriend milktea_dollie!