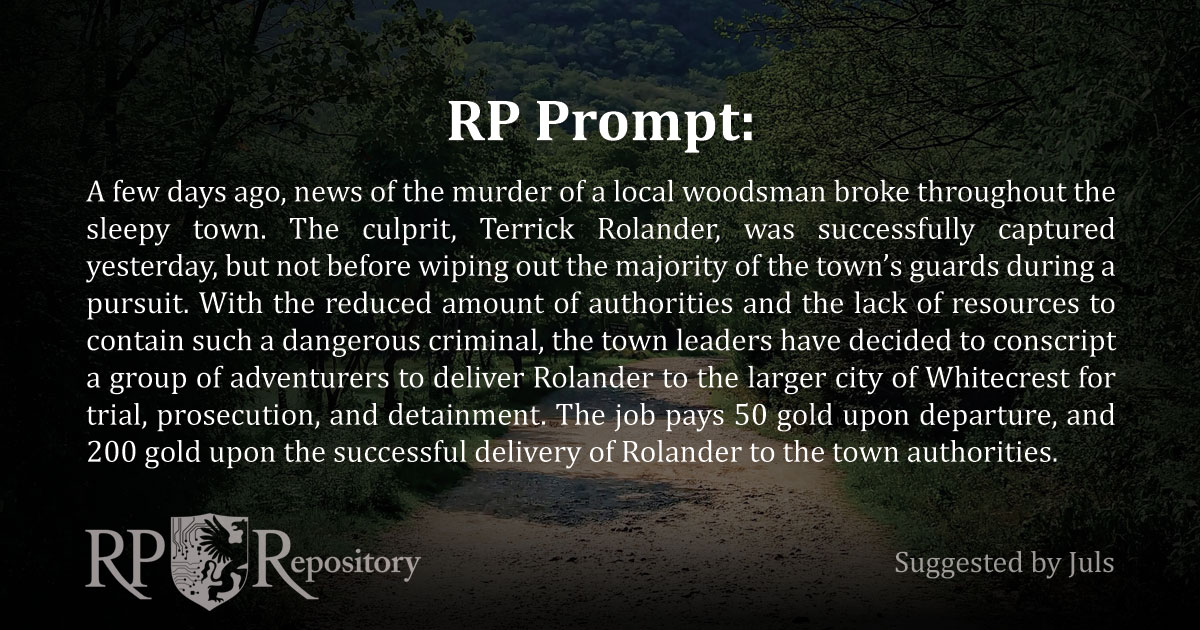 A few days ago, news of the murder of a local woodsman broke throughout the sleepy town. The culprit, Terrick Rolander, was successfully captured yesterday, but not before wiping out the majority of the town’s guards during a pursuit. With the reduced amount of authorities and the lack of resources to contain such a dangerous criminal, the town leaders have decided to conscript a group of adventurers to deliver Rolander to the larger city of Whitecrest for trial, prosecution, and detainment. The job pays 50 gold upon departure, and 200 gold upon the successful delivery of Rolander to the town authorities.
- Suggested by Juls
Do you have a suggestion for a RP prompt or plot bunny you'd like to see featured in the news? Send it to Kim -- if it's picked, you'll receive credit for the idea. 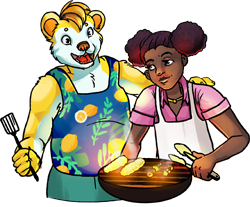 This is interesting! I might try it with a friend. 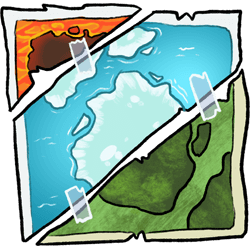