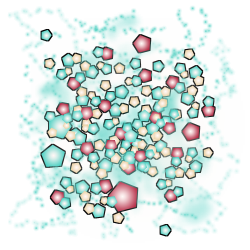 Happy April Fools! We are celebrating by making every one and every thing sparkle. You will randomly find glitter bombs while browsing the site today. 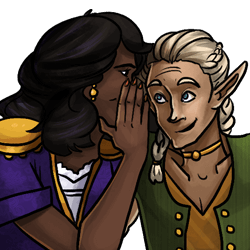 This is a little thing, but for groups with a TON of information, it can be a butt-saver!

Magic 00%
No magic at all.
Technology 60%
Near future, perhaps cloning and genetic manipulation
Combat 90%
The world IS war, but there may be RPs that don't feature it. Warhammer Fantasy/40k, etc.
Romance 70%
Romance is required, but may take some time to develop. For example: slow burn RPs.
If you don't know what tfa is here is a short 6 minute video.

Plot...
Bumblebee has gone missing,like off the grid,not even the decepticons seen him around.Some say he's dead,others say he ran off. But what really happened was that he's being held at a lab for research. Once the autobots left earth,thats when Bumblebee finally broke free from the lab. First place he went to was his base in Detroit,a.k.a,an abandoned where house.After seeing that his...

Magic 40%
Magic is rare. Some of the players might have it. There may be sages or other magical figures that could be sought out for tutelage.
Technology 60%
Near future, perhaps cloning and genetic manipulation
Combat 50%
Combat is expected as part of the storyline but it won't dominate the plot.
Romance 40%
Romance is slightly desired, but the overall plot is more important.
The Tower has come to the world. After his supposed death by the Ranger, he was transported to a new world(MHA) and would look upon it with piercing eyes. He came during the beginning of All Might's career and would rise to become the Secondmost dangerous villain but couldn't become number one thanks to All for One larger following. After many years of arrival since his arrival and during the beginning of next year of U.A (Before the Attack of U.S.J) The Tower would set his plans in motion for...

Our most recent member is vlpingree. Give her a warm welcome!