AliRevellian
"You're past is no matter. You're here now. You're part of this place. No matter where you came from." 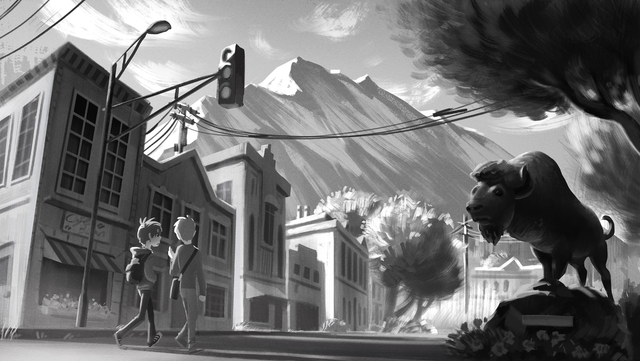 This RP will be an AU of the first book in my story series 'Trepidation' - here you can find the canon lore, but if you don't feel like reading it all, I can sum it up for you more than what's there.

I don't expect you to retain a ton of information - this RP is pretty much open to anyone whether you have a good memory or not. However, one warning will be is that if you can't do dark themes, then click off this ad, because the series is very dark and can't be worked around. Sorry for the inconvenience.

Sante Amaro is a small town in the mountains of Colorado. Everyone in the town often knows everyone else - kind of like Mayberry. However, Sante Amaro is more like a cross between Mayberry and Gotham. Sante Amaro doesn't have a good police force because of its size, and many criminals will take advantage of the ability to get away with a lot here.

The time in which this specific RP takes place is the first book with the name simply being 'Trepidation.' We will be in 2008, so just keep in mind that we won't have, like, 2020's stuff. I will be playing as 15-year-old Amoni Abara along with a few other characters. You can play pretty much whoever you want, but I would like at least one character to be around the age range of Amoni.

This RP can lead to many things. Maybe the canon future will be prevented somehow. Maybe it will be worse. Either way, it's an AU, so it doesn't really matter as much. And since I'm playing 15 y/o Amoni, he doesn't really correlate with some of the personality stuff on his profile. That is because he changes drastically at 17. However, I will be makin allusions to growing issues with him because he was never mentally stable in the first place. I will probably throw in Sierra Kade, Madison Jurić, Charlotte Kinna, and Nathan Floyd in there as well.

If you're interested, PM me with ideas or comment on the topic. I'm open to a lot of different ideas including time skips to older ages or bending the plot a bit (putting 5 for romance because it entirely depends).
Magic 10%
On very, very, rare occasions there may be unexplained, POSSIBLY supernatural events. Minor "environmental" magic. Perhaps implies the existence of a deity or supernatural entity. Or perhaps it's just tricks?
Technology 50%
Modern
Combat 60%
Combat is woven into the storyline and could come to the forefront if the characters seek it out.
Romance 50%
Romance is desired but not required, and will balance evenly with other plot.

AliRevellian Topic Starter
Gonna put this here - we don't have to necessarily have the RP take place in the first book timeline. It can be any others, too, I just like the idea of this one.

You are on: Forums » Looking for RP » Trepidation