Fancie
Okay so imagine if your pet got a hold of your account and they created a character. Who would they create and why?
lol sorry just wanted to start something silly

Eli_Broady
My cat would probably create some noble & rich human, who lives in the lap of luxury and is constantly pampered by his servants. All the while looking down on them and considering them beneath him.

Suffering
For my bearded dragon she would probably make a girl who likes to bathe in the sun, eat a shit ton of strawberries, and have long blonde hair.

For my dog he would make a fun loving ginger who likes to cuddle and kick people in his sleep.

RayneLillac
Emptiness I have no pets hoping to get a kitten this summer
March 4, 2018 7:18pm

AnubisAri
My dog would create some sort of supreme dictator that always was allowed to sit on the couch and eat alllllllll the cereal. They'd probably command everyone to pet them all the time.

nav_kat
My dog most definitely would create a playful woman who wants to play all the time, yet she wants to sleep all day so instead of being active, she lays in bed all curled up in her blankets. When she gets up it's only to get a little bit of attention from the people that are left around the house when their not gone, grab something to eat and leave a mess for someone to clean up, get something to drink, use the bathroom, or, sometimes to greet someone and play around with them for a bit, though they'd trample over her because she's a little bitty thing. She wouldn't have long hair, that's for sure. Probably around mid neck length. Other than that, the girl would be really playful, but lazy at the same time.
March 6, 2018 3:02pm

. He'd probably create a dark, morbid vampire cannibal killing anyone who isn't me or my fiance and he really likes my cooking. Oh yeah, he lives on a throne known as my bed and refuses to leave and his magical claws can cause tears from anyone.
March 6, 2018 5:50pm

kingsridgeryan
My cat would create a Chaotic Evil witch who was amazingly beautiful and manipulated everyone around her with her charms. She's totally bipolar, she's the cutest little calico you ever did see but when she suckers you in to pay attention to her, bam, hissing and claws. So her witch would totally seduce and murder people for fun.

What about you, Fancie?

Skipbab
I also have a cat, he would be a vagabond turned noble. Fat ass is getting spoiled to hell by my dad.
March 7, 2018 3:30pm

What would my cats do?


Joe would create some pimp character.

Saturday would make a stoner. That cat is already laid back.

Kitten
Rocky my pet rock would make a friendly tree, a grumpy mushroom, and a hot Mary Sue rock babe.
March 8, 2018 1:44am

Rogue-Scribe
Scooter says, “What is this account thing you speak of? Will it expand my glorious empire?” 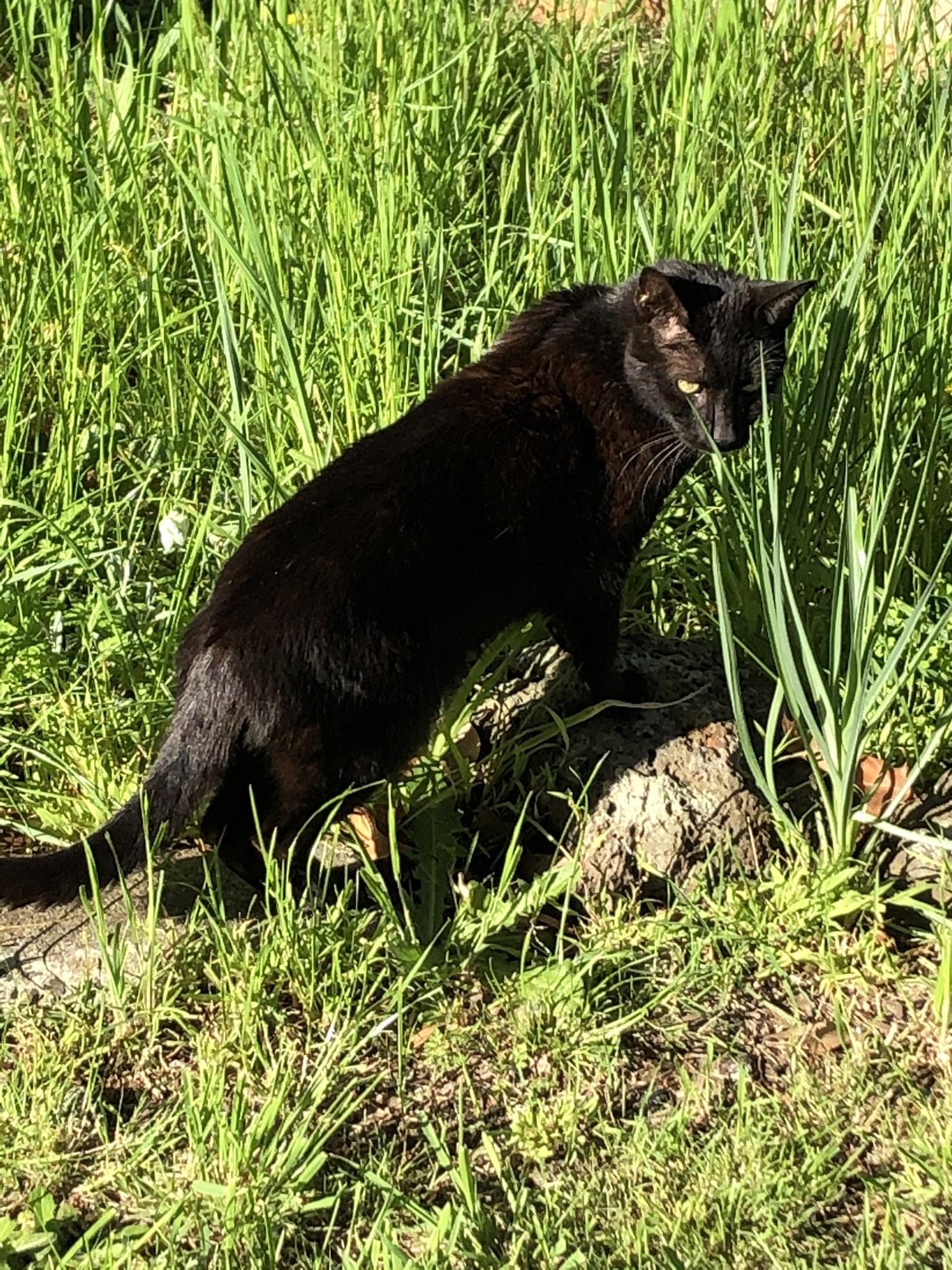 Rogue-Scribe
That pic was a year+ ago. He’s getting to be an old man at 13. He still likes to admire himself... 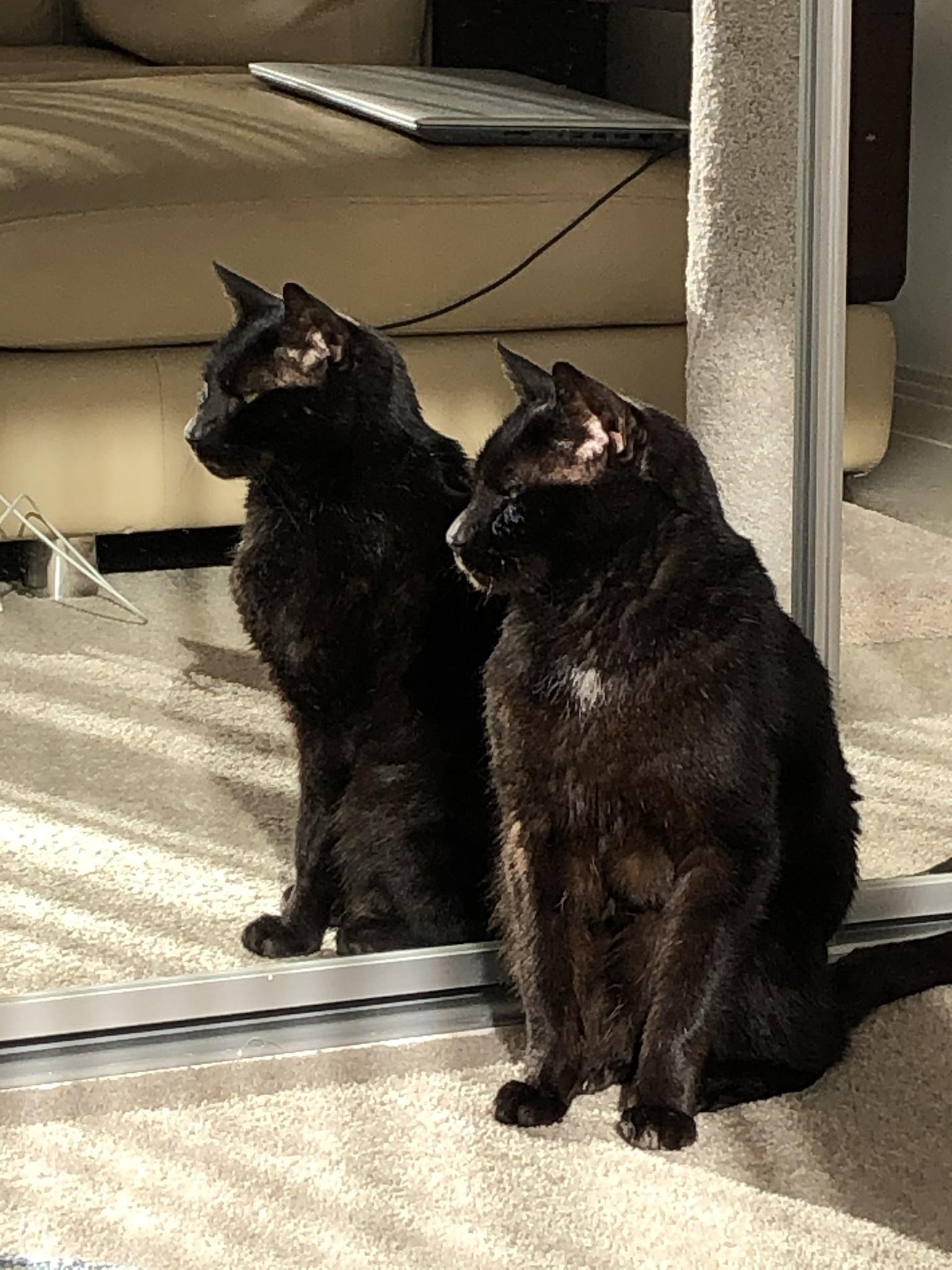 He wants everyone to think he’s a black cat, but the sun on him at the right angle shows off his ghost ginger-tabby undercoat. He’s also grown a single white whisker from his right cheek and is starting to grow a white whisker from the side of his head. I think it maybe his equivalent of going grey.

You are on: Forums » Smalltalk » Pets