SarcasticSpook
So my last art thread was many months earlier in the year and I figured I might as well just make a new one.

Anywho it's been uhh,, quite a while. I haven't been able to do much art wise or at least I wasn't up until I quit my job and now that I'm going to part time I'll have more time to actually work and finish stuff without getting so tired all the time! Anyways, so here's some of the more recent stuff I've been working on! 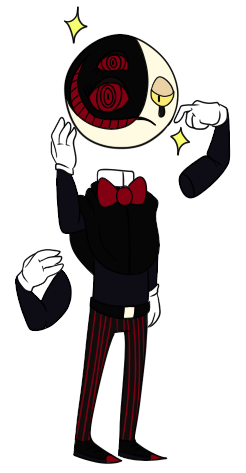 I also had gotten an urge to just sketch out a lot of Mr. Moon things? I'll probably clean up and finish a few of them but we'll see.
Note: Mr. Moon is a friend and bandmate of Maestro's (along with something more but that's complicated territory lmao)
Also this is a large image, sorry oTL

I also got this cute boyo a while ago too, his name is Poots Mc Boots and I love him, k thank you. He wa also subjected to me trying out new things art wise for the hell of it lmao

Finally I've got this large WIP piece of Mr. M and Pasher in the works! It'll be in a wip progress for a while because I like to make myself suffer and the background is going to be done in a painterly style but I'm trying to just sort out how it'll look. City stuff is a pain sometimes

and uhhh that's it for now! ;v;/ I might not post anything I work on through october since it'd be goretober related or something but!! I'm also joining a farming rp group thing so I'll make some farmer Lunar au stuff because it sounds cute to me ok so maybe I'll post those things!

North-Wood
It looks fantastic! Love it! Mr. Moon looks like someone you could have a cup of tea with.

SarcasticSpook
North-Wood wrote:
It looks fantastic! Love it! Mr. Moon looks like someone you could have a cup of tea with.

Ah thank you and yes he absolutely is since he's pretty relaxed most of the time due to being a sleep/dream demon! Only problem is he's got the tendency of falling asleep whenever lmao.

I also just realized I forgot an image of him so here he is colored in! The stars on his face aren't really there all the time, I was just messing around with an idea.

SarcasticSpook
Whoops got distracted with life stuff but I started trying to join a stardew valley-esque rp group on da! Sadly I didn't get in the first run but here's hoping I can join next opening!! Have all these sketches of Lun as a human that I was planning out in said group

Edit: nEVERMIND I LIED I forgot Aces punched me in the throat too so I've been drawing him a bunch as well!!

You are on: Forums » Art & Creativity » Spook's Sketchbook