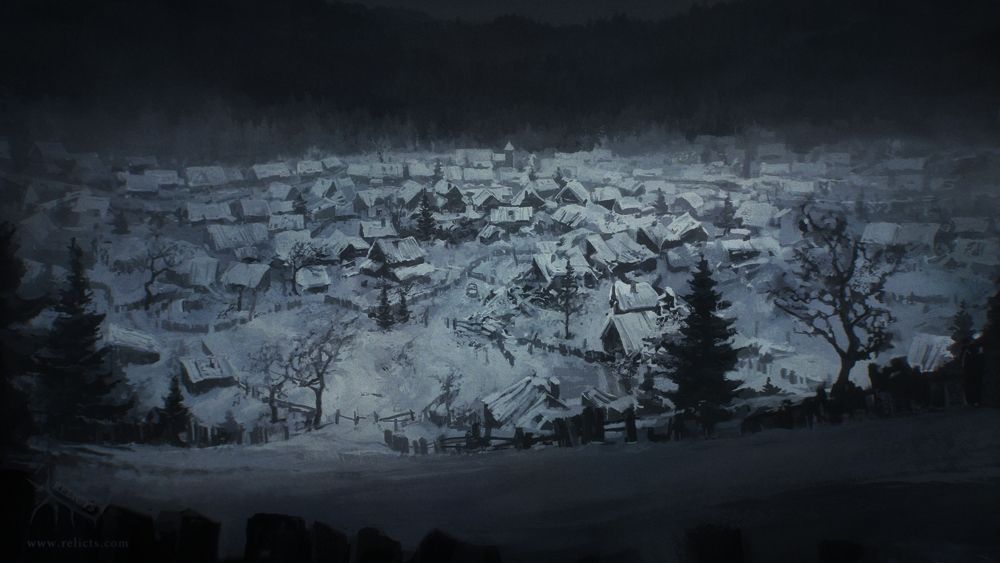 How many days has it been since Gaia, the mother of all life stopped breathing ?How long was it when the humans went ahead to grab their weapons and blame us, the 'Supernatural' for bring this...disaster?

Ferris sighed. This is pointless. Gaia has been covered by a blanket of snow and darkness. The magic changed us,molded us. Werewolves gained the ability to change into a wolf and slightly control themselves as...well werewolves.Vampires could walk freely, there is so much to do.

However the situation as yet to change. Gaia has yet to respond and the only clues that live there is the village called Balur.
-‐ This world is based the World of Darkness from White Wolf. In this case, you can be human. But like the board game, you could be a werewolf, a vampire, a mage, a hunter, a changeling,a wraith, or a demon.

The story is based of a dark fantasy/horror. Image this if the Witcher became darker.
Magic 40%
Magic is rare. Some of the players might have it. There may be sages or other magical figures that could be sought out for tutelage.
Technology 20%
Iron age
Combat 60%
Combat is woven into the storyline and could come to the forefront if the characters seek it out.
Romance 50%
Romance is desired but not required, and will balance evenly with other plot.

SpiritHero
I have a character that fits this gloomy environment. However, she seems more of a fantasy character over horror. If you want, I can make my character human, and she'll have the same traits as her elven self. Her name is Raichi. A risen Death Knight.

Praise_The_Sun
Hey, I have just made a character that fit well into this, course, he a work in progress, I could make him a wraith, but a jolly wraith who love saké don’t really sound right. So is it okay if I keep him as a good ol’jolly bone boy?
June 14, 2020 5:25pm

Fenris (played by dantefrancis)
SpiritHero
In this case, there is no good or bad. Everyone's in this case is in the moral grey area. You can make the character into an half elf half wraith sort of character.

Victoria Row (played by AliceWakefield)
This looks really interesting, and I think Victoria could fit in here nicely. I could just alter her a bit to be just a werewolf instead of a hybrid.
June 16, 2020 5:07am

Nervous
I’m interested if that’s okay! My acc is empty because I just joined but I can talk about some charas I have that couldnfit this well!
June 26, 2020 8:40pm

zebb9
If you are still looking for players I think Emily could fit into this setting quite well.
June 29, 2020 6:38am

Morioka Sayuri (played by Faven)
id love to rp this if its open!!

You are on: Forums » Looking for RP » World of Darkness:Anarchy (closed)