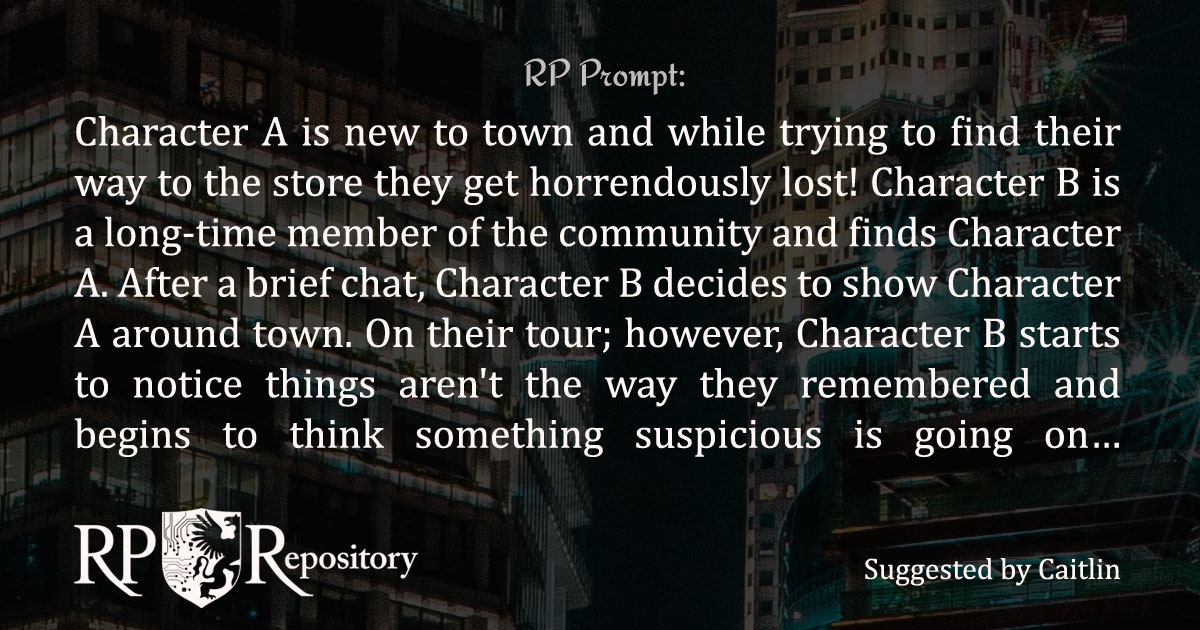 Character A is new to town and while trying to find their way to the store they get horrendously lost! Character B is a long-time member of the community and finds Character A. After a brief chat, Character B decides to show Character A around town. On their tour; however, Character B starts to notice things aren't the way they remembered and begins to think something suspicious is going on…

This prompt can go in all sorts of directions! Dystopia, time-travel, magic use, alien invasion...virtual reality?! Its a good starting point to really dig in with your partner and build a fun world and adventure!
- Suggested by Caitlin
Do you have a suggestion for a RP prompt or plot bunny you'd like to see featured in the news? Send it to Kim -- if it's picked, you'll receive credit for the idea.
Next: May Office Hours » « Previous: Last Chance for the Comic Contest!

Sounds great! Does anyone want to try it?

This actually sounds a bit interesting

White Lilies are in the store this week!