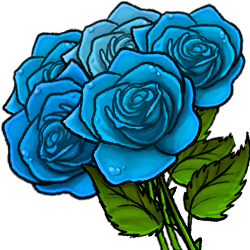 Blue Roses are Back!

Ultra rare blue roses on sale this week only! After this week, it will be another 5 years until you can get hold of them again. 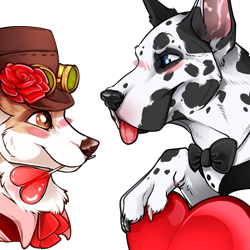 Magic 70%
Magic is fairly common. Players and NPCs important to the tale may have it. Mistborn.
Technology 50%
Modern
Combat 20%
A peaceful setting, but with a chance for small fights and struggles to break out on a very small scale.
Romance 20%
Romance isn't outright desired, but can happen if we decide the characters are perfect for each other. The romance won't be important to the overall plot.
Randomly got the urge to do a Deltarune RP, specifically a more laid-back slice-of-life type thing. There can be adventure, and even a bit of angst if we feel like it, but mostly I'm just looking for Kris hanging out with their friends, getting up to mischief, shenanigans, all that. (Basically, The Prophecy either takes a back seat or it's just not a thing.)
Only thing that is set in stone is that I'll be playing Kris. I am open to playing other characters as well (particularly Noelle, if my pa

Magic 50%
Magic is rare, but not unheard of. Mundane characters may or may not believe in it. Magical characters may form small and exclusive pockets for study, protection, etc.
Technology 50%
Modern
Combat 00%
No combat. If problems arise, players may be expected to solve it without resorting to violence.
Romance 80%
Romance will be a major feature of this plot.
People have always been fascinated with the theory of alternate dimensions. The universe being so vast and unexplainable makes it seem very plausible. Though, for people like Hadlee Silvers, she has no choice in believing in them or not. Mainly because she’s just been transported to a completely new dimension, and even worse, one where vampires are fictional beings. Though, all hope is not lost. Why you may ask? Well… because of you!

Y/C encounters the strangely, pale, woman in an alle

Our most recent member is Blue_Eyed_Writer_89. Give her a warm welcome! 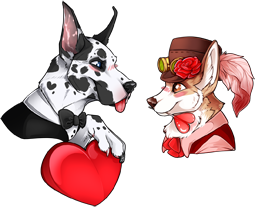 Blue roses are in the store this week! Grab yours before it goes away another five years.

Special gifts that might randomly bestow Epicness, permanent character slots, or perhaps just poetry are in the store right now.