Claine Moderator
May 9th is Webcomics Day! and it's already the ninth in Australia So I thought I'd create a thread for people to share some of their favourite comics! 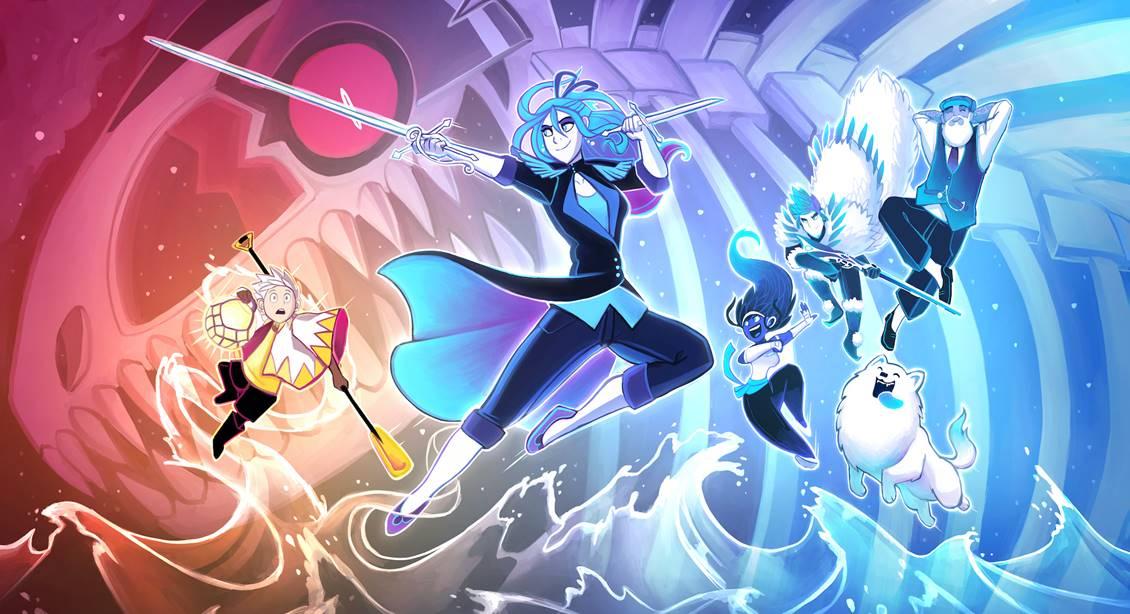 Phantomarine is a spooky-but-sweet fantasy webcomic about a ghostly princess and her perilous journey across a haunted sea, hoping to save her soul from a devious, shapeshifting death god known as the Red Tide King.

Amazing work with colours, fast-paced, and full of intrigue and twists!

Ezra, a powerful exorcist with no faith in God, is tasked to protect a seemingly normal human from rising demonic forces. With his church under scrutiny and the threat of war on the horizon, will Ezra find his conviction in time? Or will Sunny suffer the consequences?​ 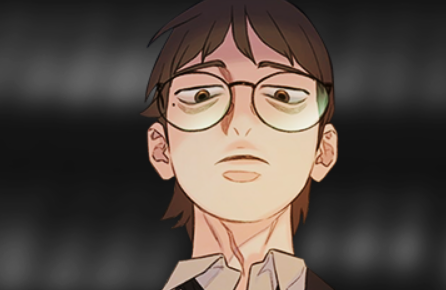 He’s perennially unemployed, his ex-girlfriend has moved on, and he’s just lost all his life savings to a bitcoin scam. Burdened by societal pressures, Yijae Choi decides to take his own life. Insulted by his flippant attitude towards dying, Death comes to punish him with her game: he must experience death over and over again through 13 other lives. But if he can find a way to survive the imminent death coming for these lives, he gets to live out their lifetime. His life was a bust, but what about the lives of others? 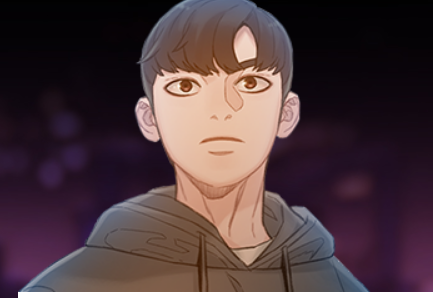 Yibak Kim has only ever dreamed of living an average, peaceful life -- nothing more, nothing less. But when he finds himself with supernatural powers, Yibak must now learn how to hone his new abilities and get used to the fact that, from now on, his life will be anything but normal...

Same creative team as the one above! Themes of Justice and Right/Wrong. 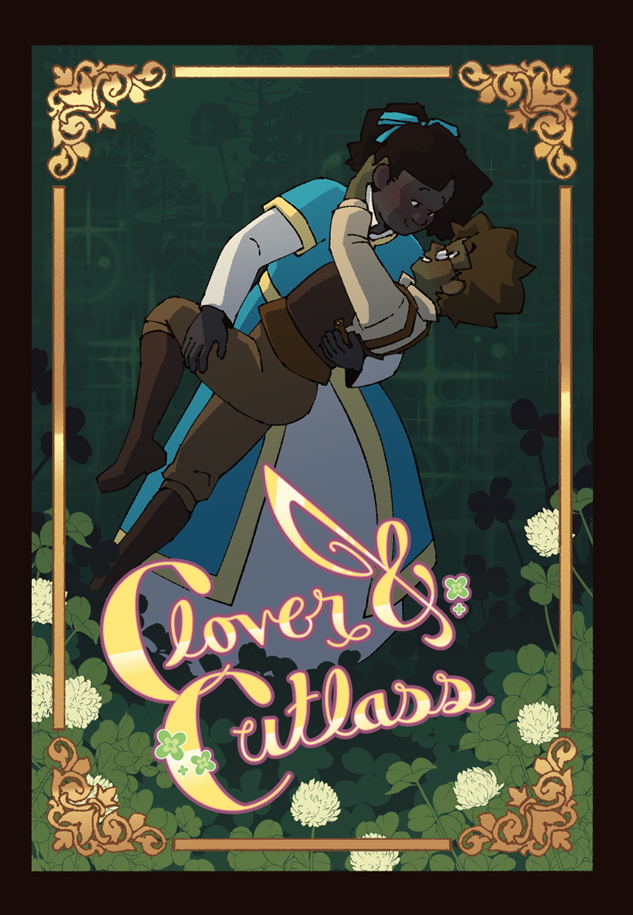 Clover & Cutlass is a f/f romance comic set in a Dungeons & Dragons-inspired fantasy setting. It’s a coming of age story about learning to disappoint your parents, about choosing to do good even when it’s difficult, and about getting so distracted by a pretty girl that you get hit in the head with a chair.

Sam and Maggie are a normal couple, in a normal house, in a normal neighbourhood. There is nothing strange about their heads, their neighbours or their sweet little dog. Everything is Fine.

Don't let the artwork deceive you, this one is possibly the scariest comic on the list.

Zelphyr
I'm not going to be as fancy listing them, but lemme see, now... Be warned, most of these display their latest update on the front page.

El Goonish Shive
Webcomic I've been reading the longest, and as such has had some pretty dramatic shifts in style and characterization. The early stuff can be pretty cringy, and some plot threads seem to just vanish for long periods of time before becoming relevant again, but the comic develops a pretty neat world over time and the creator has done an impressive job managing all the shifts smoothly, with little-to-no outright retconning.

Comic mostly follows a group of highschoolers (who are finally headed toward graduation after 20 IRL years) and their (mis)adventures with magic, aliens, shapeshifting, and eventually explosion of basically everyone probably being queer in some aspect. Some common character tropes also evolve into pretty real representations of what life is like for different people. The comic mostly aims at being lighthearted and playful, but certainly has moments of big drama of both realistic and fantastical varieties.

Also, I might have inadvertently replicated one of its characters uncomfortably closely. (Seriously, it was only a few years ago that I even realized it. But who doesn't love a sweet, cheery, cuddly, socially-lagging, ridiculously OP, shapeshifting squirrel girl with a tragic past? x.x )


Goblins
It started out just poking some fun at the concept of TTRPG mechanics being something characters have a degree of in-world awareness of, and its use of D&D in particular is pretty blatant early on (the early pages remain unchanged, but proprietary references were discontinued awhile ago). It's become its own epic following multiple shifting sets of characters (mostly goblins, as the name implies), and it's an emotional rollercoaster; there are funny moments, sweet moments, heartbreaking moments, horrifying moments, intensely uncomfortable moments regarding traumatic experiences, and plenty more. Along with the art style evolving over time, plenty of what happens leaves permanent changes in the characters, both physically and mentally. And if you don't think that Ears is a sweet boy deserving of all the hugs and comforting, you are objectively wrong. Also, Señor Vorpal Kickass'o 100% deserves your respect.

The written draft of the story has apparently been complete for awhile, but the comic has no set update schedule for the sake of the creator's mental health.


Girl Genius
A "gaslamp fantasy" that primarily follows Agatha, heir to a powerful family of downright legendary status, though she starts out completely oblivious to that fact. It's a wild world of adventure, mystery, political struggles, steampunk mad science that borders on being outright magic, and the assorted monsters, minions, and constructs that share the world alongside someone more standard humans. Also airship pirates, warrior princesses, and totally-not-ninjas.

The creators were also key in getting a "graphic story" category added to the Hugo Awards, and then had to declare themselves ineligible for it so that anyone else could ever win it (they've won it 3 times).


Gunnerkrigg Court
...it's sort of a weird place. Antimony is sent there to attend school following her mother's death. It has robots, strange students who do strange things, and plenty of secrets. Across the river is a forest inhabited by mystical beings and ruled over by Coyote (yes, that Coyote).

It's weird. It's endearing. It's philosophical. It has a chapter with ethereal brain spiders.


The Glass Scientists
Another telling of Jekyll & Hyde, and one that's a bit different from most. One key difference: despite fancying himself as such, Hyde is clearly not an embodiment of pure evil and wickedness, and the question of what he is instead has grown into a greater mystery than I expected (he definitely is adept at creating problems, though). In this telling, Jekyll is the figurehead of an organization dedicated to the advancement of science and only rarely participates anymore himself. He's polite, charming, engaging - and secretly a nervous wreck who keeps trying to fix everything himself and who is additionally in denial about being bisexual (he has assured himself that that's just the norm, and that most people just have the "good sense" to keep it to themselves). Hyde is, at least on paper, part of the staff for that organization, and is a lot more cringy and kinda goofy than he realizes. Other members of the cast have their own lives intertwining throughout, and it's common for various other literary references to appear - a notable one being Frankenstein and her creature.

The style is more on the fun and adventurous side rather than something grim and gothic, but it is worth noting that some pretty horrifying imagery does crop up sometimes. A significant plot point actually revolves around experiences with such things, most of it somewhere in the realm of gory body horror, and the somewhat cute & cartoonish art style may or may not be much help if you're sensitive to such things, and explanations of certain things may make it worse.


Zebra Girl
After her housemates accidentally summon a demon then successfully send him away via a toilet of banishing, a minor mistake turns Sandra into a demon. The comic proceeds with Sandra trying to figure out how to continue living any kind of reasonably normal life when she's got hooves, horns, black and white stripes, and an ongoing existential crisis. She ends up with quite the adventure, with appearances from vampires and werewolves, some of the creepiest rabbits you've ever seen (at least one of which might make you question just what sorts of things you're "into"), a perverted wizard, and a mysterious entity that you should not get too invested in (that's not a tease, I'm serious).

This urban fantasy actually concluded years ago, but the artist occasionally still adds little extra post-adventure tidbits. The comic was also a place where the creator ended up exploring and accepting what he finds attractive, so a lot of things - especially feminine figures and other things involving women - can get a bit "sexy" at times, occasionally even cartoonishly so.


Strays
Another concluded webcomic, and a fairly short one at that, despite having a massively detail world that extends far beyond this single comic (but I'm aware that at least one other comic has used the same setting). Most of the characters have two forms - an animal form, and a relatively human form with limited animal features. The two main characters (one mute, one a child) here are wolf people, both cast-outs from their communities, who stumble into a sort of sibling-like bond. A bird-guy also plays a significant role, as do a few others with less frequent appearances.

It's been years since I read it, but I'll admit to having a sense that the story wasn't really completed, being left with too many dangling ends and some parts seeming glossed over. At the same time, the artwork is lovely, and the interpersonal relationships between various characters can be very charming. There are some violent traumas addressed as part of the story, and "adult" activities are implied once in awhile, but I'd say it falls into pretty standard fair in a fantasy adventure comic. Honestly, I mention it mostly because of the artwork.


There have been plenty of other webcomics I've read and enjoyed, too. Many I lost track of, a number have vanished, some I eventually lost interest in, and some I'm currently reading. Some more I'll go ahead and at least briefly mention, though, include Trying Human, The Adventures of Dr. McNinja, Romantically Apocalyptic, Looking for Group, Not A Villain, Scandinavia and the World, Alice and the Nightmare, Accursed Dragon, and I feel like I'm forgetting something important...

You are on: Forums » Smalltalk » Webcomic Day!