Azelforest
This is an rp where your character is the main interest, so make sure you have an open backstory and idea where you wanna go with them. You're basically bringing the plot sorta. I'm like a side-quest.
---~---

Your character is living their life as usual, nothing out of the ordinary. Or they're in a tight spot, causing heavy distress on them. Either way, their dreams bring a vision to them, of a sea brimming with stars. 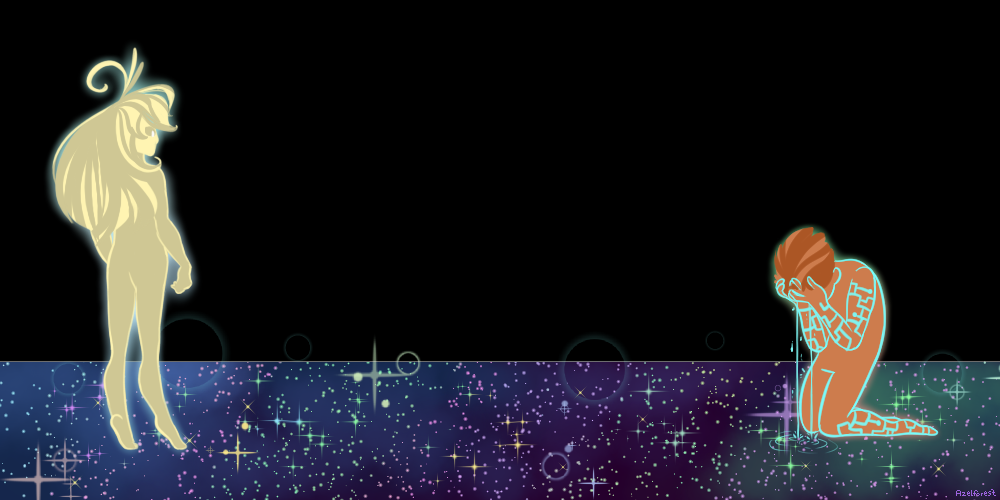 The idea revolving around my character is that they're a being capable of visiting other worlds solely for the purpose of fixing 'abnormalities'. A sort of thing that can more or less domino effect other realities and cause an entire universe to implode basically.

Your character is a 'medium'. A being chosen due to being apart of the 'abnormality' of when it takes place. Mine keeps yours safe from things that shouldn't happen or be.

You can read up more on my character here and the overall idea of how her job works.
---~---
The Rules;

- Your character can be good or bad! They don't have to be a hero, but they will have to deal with mine one way or another. Just make sure they're not obsessively evil. Mercenary's are fine, but big bad end of the world villains are too much.

- As far as 'shipping' goes. Chemistry will have to be taken into account. My char has a strict 'NO DATING' policy to themselves so, take that into account.

- You can read the rest of my rules HERE.

- Comment with questions, DM for rp! (I check my comments erryday)

You are on: Forums » Looking for RP » The Observer (closed)