Forums » Looking for RP » Roleplay With A God (closed)

Mikoto Salmonji (played by TaeOreo)
Hello, hello! I’m here again, proposing another story to you all involving my dear boy Mikoto Salmonji. He is a very new character, so his personality and such hasn’t been refined just yet. I want to yes his concept now before I make any permanent decisions. I’ve been really interested in traditional Japanese traditions and beliefs, and Mikoto is the first Japanese “folklore” character I’ve really ever made. i’m not really sure what I want to do with his concept, so I think a role play would help me figure that out.


I’m a literate role-player, so if you dare interested in doing a role-play with this character, I ask that you be literate. Not just semi-literate. I require at the very least two small paragraphs. I’m not asking for the world, just want to have some detail in my role-plays.

As for the plot, it would take place two years after the war between the humans and the gods, in 1863. The humans and gods called a truce, as the humans needed the gods as much as the gods needed the humans. The god were creatures that feasted in human souls. They harvested humans like pigs and cows, raising them to be die enough to eat. The humans didn’t like this. Like the gods, they grew independent thought, and were outraged at the state they were in. There were two wars. Both of which the humans naturally lost, but due to their number declining rapidly, and the gods need for their should to live as well, the gods called off the war. Their forfeit was the humans win.


The humans became very self-harmful, as a way of blackmailing the gods. After all, if all the humans died, the gods would too. This made the gods worrisome. They had no idea of how to stop the humans’ reckless behavior, so they gave the humans the food, and peace they wanted. Y/C hasn’t gotten the luck of the gods. They are struggling to make ends meet where they live. Eventually, the stress becomes too much and they need a job. While walking around their village, Y/C notices a path leading to the woods. This path leads to a small traditional Japanese house. The garden is littered with tiny miscellaneous old fashion trinkets. Ringing chimes, small fountains, it looked very old. But lively. And there they see a man, abnormally long pink hair, sitting outside. He seemed to be staring at something, but nothing was there. After a small conversation, he pesters Y/C about their homelike until they’re forced to admit their financial troubles. He seems more than happy to help. But he’s not asking Y/C to clean or cook or take care of his vast garden.


He asks them if they’d like to train. What for, he refuses to specify. Will Y/C accept his offer? 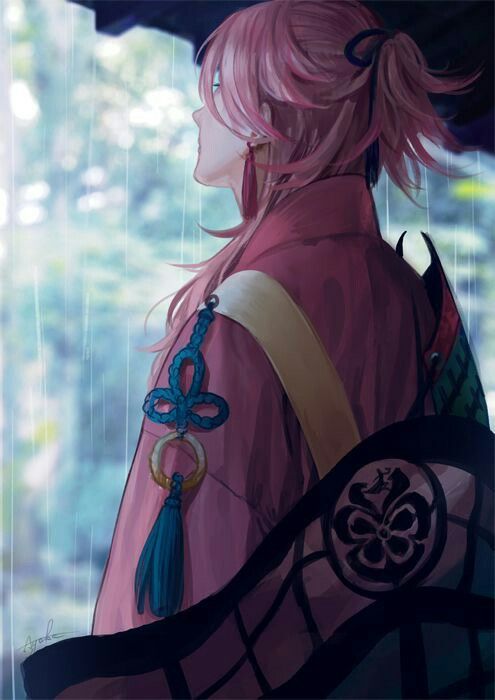 You are on: Forums » Looking for RP » Roleplay With A God (closed)