CuddlyShi
So I had this idea that's supposed to be a sort of combination between Animal Crossing and The Office (U.S.). The idea is that Isabelle is the secretary (Pam), her boyfriend K.K. (Roy), Jim's just a human villager considering he's kinda meant to be the normal one, Tom Nook's the boss who thinks he's God's gift (Michael), maybe Lyle or Cyrus is Dwight, etc. I had this idea today and I think it would be something really cute and fun to mess around with, especially the whole Jim/Pam dynamic. I know it isn't much, but I'm sure it would be fun to build upon, nonetheless. 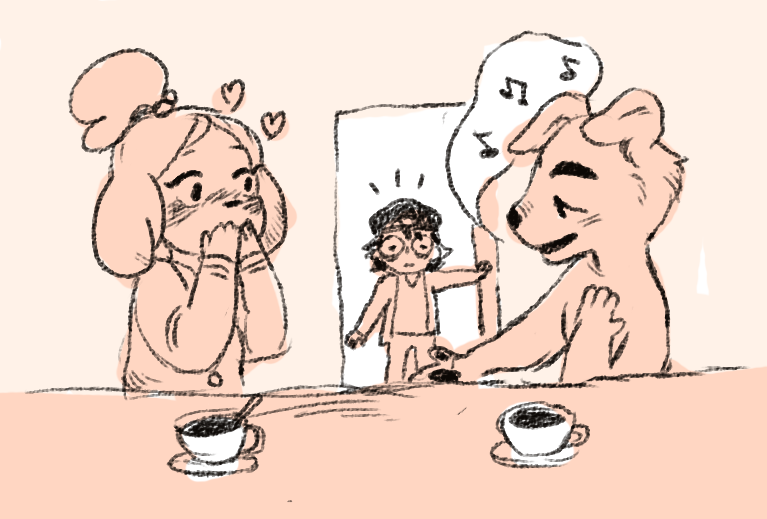 I've decided to mark this RP as suitable for all ages, despite being okay with 18+ content. I'm not sure it has much of a place in this kind of RP.

I look forward to messages, ideas, and responses! Oh, also, I prefer using Discord. I usually respond quicker there.
Magic 00%
No magic at all.
Technology 50%
Modern
Combat 20%
A peaceful setting, but with a chance for small fights and struggles to break out on a very small scale.
Romance 70%
Romance is required, but may take some time to develop. For example: slow burn RPs.

You are on: Forums » Looking for RP » Animal Crossing / The Office