Marian Davis (played by Animewithin)
It was Halloween. The one time of the year that Marian refused to not participate. She loved decorating her front yard with spiders and gravestones. Solar lamps lighting the pathway up to her front door in the shapes of ghosts and pumpkins. The cheap dollar store plastic fences with the skulls on the posts in between the lamps. Her trees in the front yard wrapped in cobwebs with dangling ghosts and purple string lights. A three-foot-tall inflatable pumpkin resting in the driveway.

You didn't go to the door for your treats, however. You went to the open garage. Inside there was a large white table covered in all manner of treats. Candied apples wrapped in their own little baggies. A bowl of hot apple cider in the center with carved and baked apples in the shapes of little skulls. Brownies and goodie bags. Popcorn balls and sodas!

There were decorations here too. A fog machine just out of sight kept the floor covered in a fine white mist. Happy pumpkins string lights covered the walls and more spiders. For those just wanting candy, there was also a scarecrow animatronic in another corner of the room with a bowl in his lap. Getting near would trigger him to slightly jump at the approaching trick-or-treater.

Marian was far from undressed herself. Her long hair was pulled up into a rather impressive shape like Marge from the Simpsons. A streak of white going from tip to the crown of her head. Her face was painted in green and she had fake bolts attached to her neck. This year she was the Bride of Frankenstien('s monster). As the sun started to set it was just a matter of time before Marian would find her first Trick-or-treaters!

Stephanie (played anonymously)
Stephanie walked up the street after leaving the last house and she got a couple compliments on her Star Trek character costume ... Yeoman Janice Rand.

Since her mom didn't go to Hawaii with dad, she couldn't have the house party at her place that she was planning on. So Stephanie decided to go wander the neighborhood. She was a bit old to trick-or-treat, but she had met a few of the neighbors and collected a stash of Three Musketeers bars.

When she saw the next house all decorated up with what looked like ground fog rolling out of the garage, she just had to go up their walkpath! The dark Halloween decorations were quite elaborate and Stephanie drew her toy plastic phaser gun and crouched as if she had beamed down andwas checkigng out the unknown.

She did jump when she spotted someone with a green face and tall hair move. They would see Stephanie standing with the foggy ground wisping around her black boots looking at the bolts in their neck... 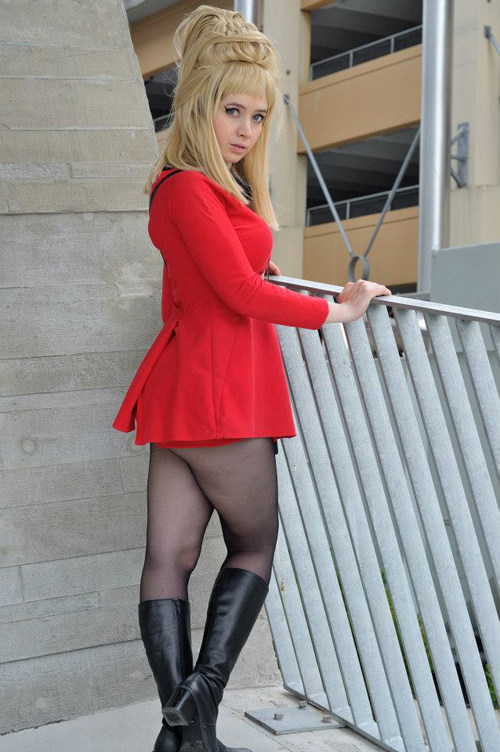 Marian Davis (played by Animewithin) Topic Starter
Marian was more than happy to see that someone had shown up and turned on the charm. Turning to see who it was she playfully held up her hands. "Don't shoot! I've got candy and all manner of treats." There was indeed more than enough treats. Along with the drinks it was quite the little party going on in the garage.
October 30, 2020 1:21am

Rina'n'Ria (played anonymously)
"Hello," said Ria, as the two of them stepped into the light of the garage. There was candy everywhere. "Happy Halloween!" said Rina, as Ria continued "There's candy everywhere..."
Rina cackled, and walked up to the candy-covered table in her maid costume. "Well, yeah, there is candy everywhere, and it is Halloween, but you're supposed to greet people before you ask for candy, you know? Hey, miss, can we have some candy?" She grinned cheesily, as Ria said, "Hmm. Happy Halloween!"
Rina rolled her eyes, and admired the girl's costume.

You are on: Forums » General Roleplay » Trick or Treat: Marian Davis