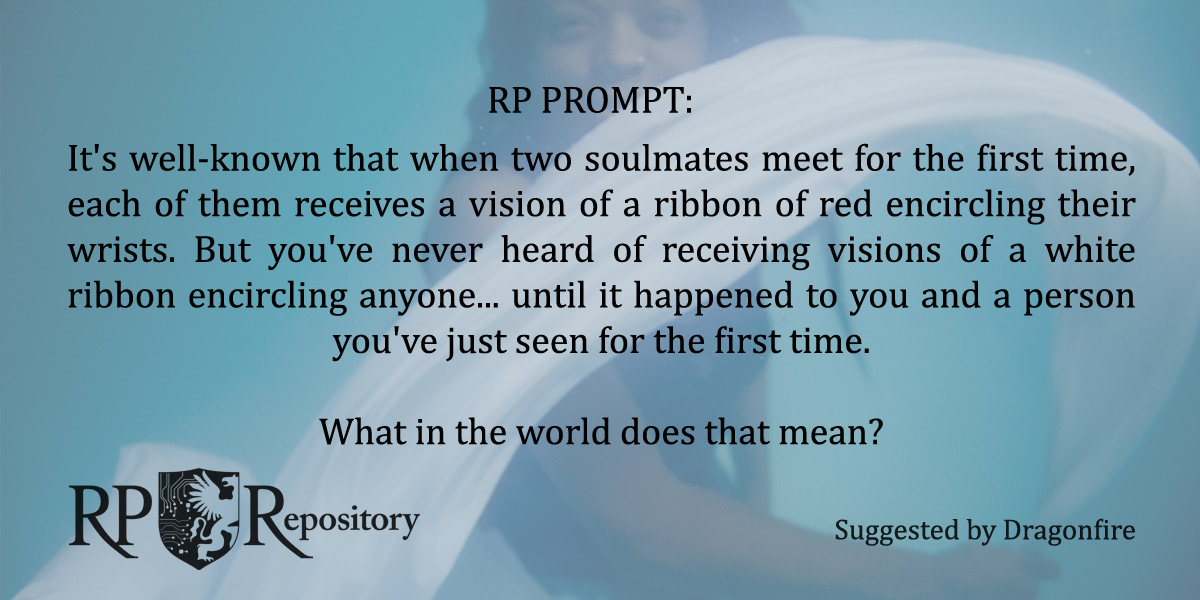 It's well-known that when two soulmates meet for the first time, each of them receives a vision of a ribbon of red encircling their wrists. But you've never heard of receiving visions of a white ribbon encircling anyone... until it happened to you and a person you've just seen for the first time. What in the world does that mean?
-Suggested by Dragonfire
Do you have a suggestion for a RP prompt or plot bunny you'd like to see featured in the news? Send it to Kim -- if it's picked, you'll receive credit for the idea.
Next: Chat Repeat » « Previous: Profile Status Updates Are a Go

Sounds really promising for a futur RP! If anyone wants to start something, I’d be really glad to see how this could develop! Just send me a PM ~

P.S.: Merry Christmas you all! 🎄
Jencey

I'd love to role-playing this, it's such a fascinating concept. And I love soulmate AUs!