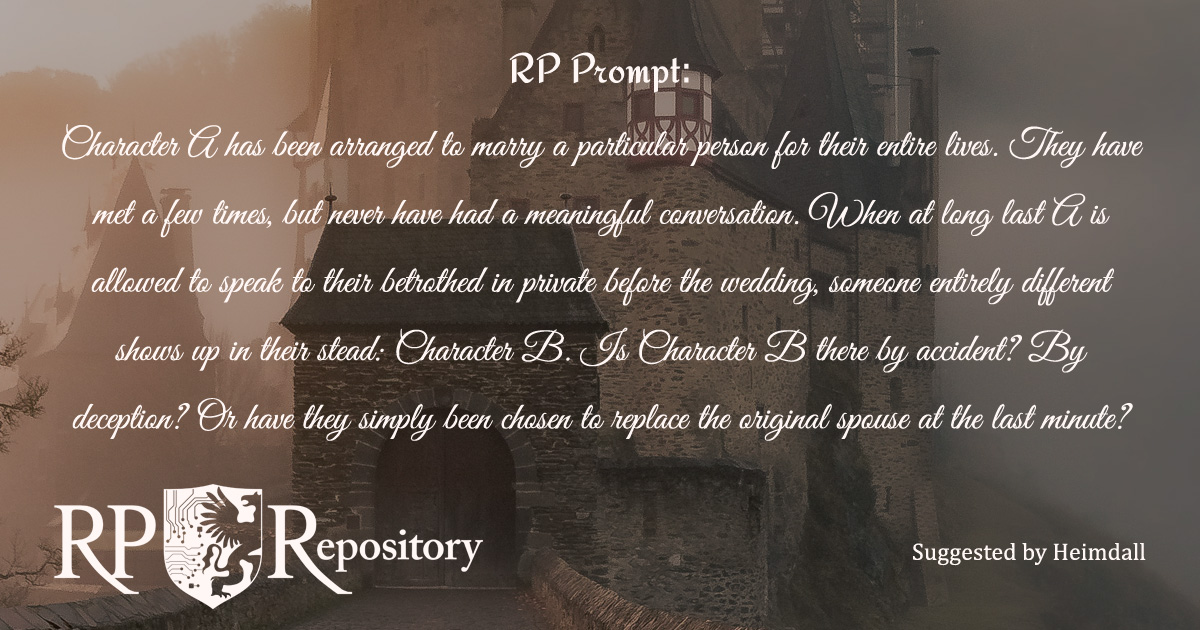 Character A has been arranged to marry a particular person for their entire lives. They have met a few times, but never have had a meaningful conversation. When at long last A is allowed to speak to their betrothed in private before the wedding, someone entirely different shows up in their stead: Character B. Is Character B there by accident? By deception? Or have they simply been chosen to replace the original spouse at the last minute?
- Heimdall
Do you have a suggestion for a RP prompt or plot bunny you'd like to see featured in the news? Send it to Kim -- if it's picked, you'll receive credit for the idea.

I can dig it

… character B was totally in love with the person and had been stalking them. Realising this person was about to marry character A, character B sneaks in and takes character A by surprise as they pondered their first meeting with their betrothed. They were now gagged and zip-tied to a chair while character B gets to finally meet the one they were so infatuated with.

That stream of storyline just came and went when I read the prompt.