seafoamvi
In a medieval, historical setting laced with magic.

Meeting at an adventurer's guild in the sleepy village of Juniper Forest, two unlikely companions are introduced. Their first of many adventures ensues, as well as their antics as they embark on a long-winded journey through the world around them.

♥ Not strict in length and composition.

♥ As many characters as desired can be introduced. Can be NPC's or personal. 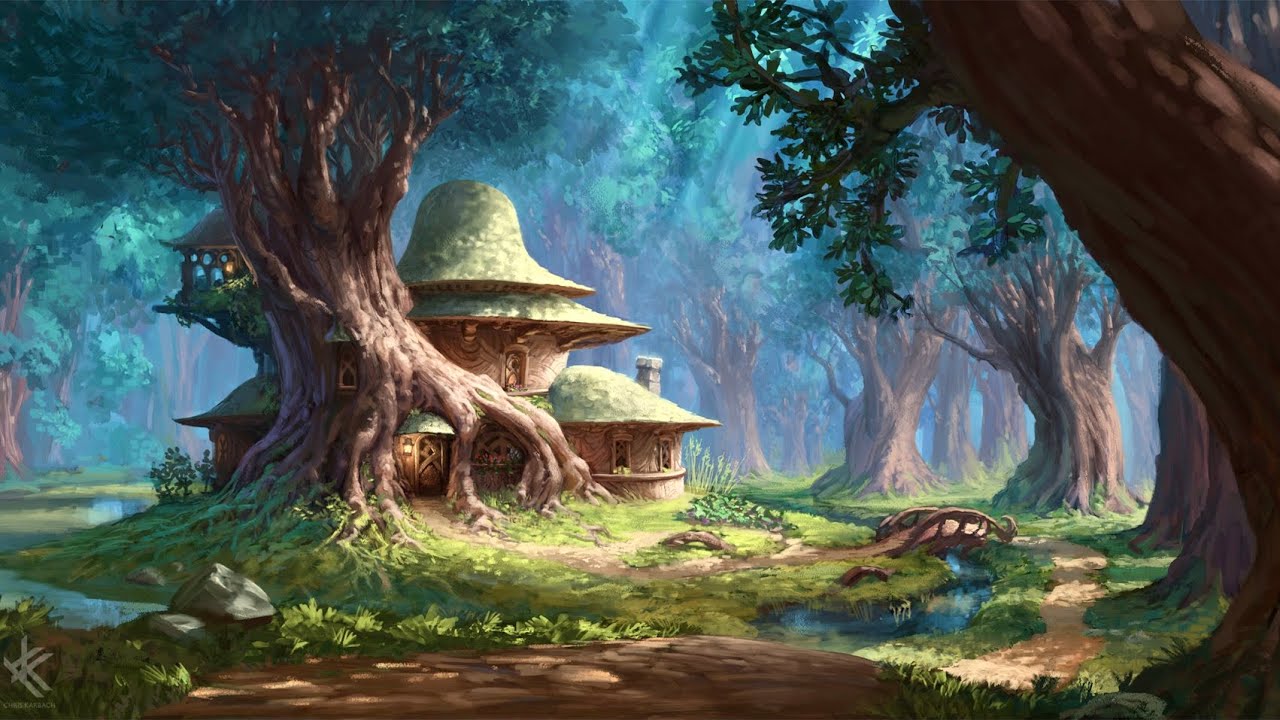 seafoamvi Topic Starter
Nestled away in the main city of Juniper Forest lies a cozy recreational lounge. Strictly alcohol free, open to all ages, and most importantly, business cards lined the massive corkboard on the wall. People from all sides of the woods and towns over would come to the Juniper Guild to find work. This is where our tale begins. Two individuals, Irini and Rohir are occupying this space at the same time, reading the corkboard, intrigued by a new venture.
August 23, 2022 4:50pm

Irini (played by seafoamvi) Topic Starter
Irini is be felled by a taxing predicament today. She has once again wandered out of her land temple to mingle amongst the people to make herself known, embark on quests, and get her name out on the streets to keep her power sustained. The less people worshipped her, the weaker she felt herself becoming.
August 23, 2022 4:52pm

Rohir (played by EmberFire347)
Rohir has been in town for a few days, though none of it has been spent doing a lick of work, he has been mostly drinking and gambling his money away. He is in the lounge looking for work to refill his pockets so he can get back to the bar.
August 23, 2022 4:54pm

Rohir (played by EmberFire347)
He raises one eyebrow and takes a puff of his cigar, the smoke billowing out of his nose as he exhales
August 23, 2022 5:02pm

Irini (played by seafoamvi) Topic Starter
Irini made brief eye contact with Rohir before she shied away, hovering with her feet a few inches above the floor. "Yes, I am." She picked up a pale pink slip on the wall - HELP WANTED. I lost my beloved daughter! Far away on a pirate ship. She was kidnapped from our village. I beg you, please, help me! A scribble of small text covered the bottom of the page, with deadlines, information, and most importantly - payment. Irini wasn't concerned in the fiscal side, but what really piqued her interest was the praise and adoration. A missing daughter, a worried mother, and whomever she helped along the way. She adorned a small smile, taking the slip down and turning to move to the Guildmaster. She wasn't ignoring, Rohir, really, he just made her nervous. She didn't do well with strangers.
August 23, 2022 5:07pm

Rohir (played by EmberFire347)
Rohir quickly looks over her shoulder and eyes the prize on the bottom of the page, he leans closer to get a better look, his chest grazing irinis shoulder, Whistles"Thats quite a bounty, tell you what, id love to accompany you on that there quest of youd lend me a cut of that there gold, whaddya say miss?" Rohir dawns his signature grin as he twirls his pistol on his finger, stumbling a bit but keeping his composure as to not 'embarrass himself in front of the pretty lady.
August 23, 2022 5:14pm

Irini (played by seafoamvi) Topic Starter
Irini is silent for a long moment. "Yes, that's fine." That's all she says. With the paper in hand, she hastily makes a beeline towards the Guildmaster. She is very flustered, and isn't exactly sure how to react to this strange man. Is he dangerous? Is he helpful? Why did he approach me? Why doesn't he just do a quest by himself and take the whole bounty? Regardless, she made up her mind that she would part ways with him as soon as she exited the Guild and come back another day. She wasn't exactly social, and she was more than capable of handling things by herself, anyway. Besides, what if they like this man more than her? Wouldn't that hurt her divinity? She was unusually aggravated, and found herself quite cross with the strange man. She delivered the slip to the slender woman plastered in heavy armor at the counter. She fed it to a chute on the wall behind her, and presented Irini with a small bag, filled with some adventuring supplies specified, as well as a more in depth copy of the manuscript for her future reference.
August 23, 2022 5:17pm

Irini (played by seafoamvi) Topic Starter
HELP WANTED. I lost my beloved daughter! Far away on a pirate ship. She was kidnapped from our village. I beg you, please, help me! It read. On the corner of the docks in Ecru, I saw my daughter for the last time. A tall-red headed man manhandled her into his ship, and I was powerless to do anything. She went silently. Her name is Aria. She is a beautiful young girl with short brown hair, blue eyes, and she dresses in modest. I don't know why she was taken, or where she is. I fear the worst. Please, bring her home safe. Included was a single silver shilling, an incentive of sorts.
August 23, 2022 5:20pm

Rohir (played by EmberFire347)
"woah there floaty lady, if we are going to be a team we should at least introduce ourselves!" Rohir smiles widely as he runs after irini. He quickly rushes to the counter and faces irini, striking a rather unflattering pose with both guns pointed outwards and his cigar unlit in his mouth, "My name is Rohir, but you may know me by my other names, The Hellwalker, Flame Hands Rohir, or perhaps my personal favorite, The Ecstasy of Hell!" as he finishes the final name, he spins his guns and fires a flaming shot lighting his cigar. The woman behind the counter looks startled at the sudden firing of the weapon but quickly sees the shot did no damage to the building or the people inside and calms herself down with a sigh, "please dont fire that in here, are you two together?"
August 23, 2022 5:21pm

Irini (played by seafoamvi) Topic Starter
"My name is Irini, not floaty lady." She sighed heavily. "Pleasure to meet you, Rohir. You look like an esteemed gentleman, although the gunshots are a bit jarring on the ears." She raised a hand and flicked Rohir's face from afar, a small sparkle flying from her fingers and bouncing off of Rohir's nose. "That smoke isn't good for you either, oh mighty Ecstasy of Hell. Do you serve the people as well? From which region do you reign, my lord?" Irini had never heard of such a fearsome title, but she figured the utmost respect was in order. "And yes, I suppose we are embarking together today." Irini's familiar, Lotus, crawled from under its hiding place in Irini's vast expanse of robes to cautiously assess the racket. Lotus settled down gently around Irini's shoulders, sparing a glance at Rohir. Lotus seemed unphased by the man.
August 23, 2022 5:34pm

Rohir (played by EmberFire347)
Rohir sneezes, "well i come from a small town in the outlands, my folks wanted me to stay there but i was too much to contain in one simple town! as for the smoke, ive been breathing this stuff too long for it to have any power over me now, besides, people like me are built to survive the fires of hell, this is nothing." Rohir takes a mighty drag of his cigar, stifling a cough. "and i suppose you could say i serve the people! people love me, far and wide my name strikes fear in criminals and joy in the ladys." Rohir winks at the woman behind the counter, she is unamused. "well anyhow, it is certainly nice to meet you miss irina or iranis or whatever it was." Rohis notices the movement down below and his eyes go wide and begin to glow with a fiery energy, "well ill be a monkeys uncle, you are just the picture of beauty little one!" he reaches down to pet the familiar with significantly more grace than he had shown so far.
August 23, 2022 5:34pm

Irini (played by seafoamvi) Topic Starter
"My name is Irini, Lord Rohir." she smiled politely. Lotus bowed his head as Rohir's rough hands stroked his glimmering fur. He closed his eyes contently, but Irini wasn't very happy with the close proximity. He was too warm, much too loud, and he reeked of smoke and alcohol. Growing more irritated with his persistence, she cleared her throat and in the sweetest tone she could possibly muster with the urge to grit her teeth, "Is this your attempt at flirting, by the way, Lord Rohir?" She observed the Guildmaster stifle a laugh. It wasn't a malicious question, more of one that she didn't realize wasn't exactly acceptable to ask so directly. She felt insecure in that moment, not sure who the lady at the Guild desk was snickering at. She decided the question would be rhetorical, and hopefully it wasn't loud enough for Rohir to hear. She shimmied backwards slowly, her face glowing pink and her sleek hair rearing up, laced with static and looking quite unkempt in that moment.
August 23, 2022 5:50pm

Rohir (played by EmberFire347)
If it wasnt for Rohir being red already, his face would certainly be glowing at this comment. though a bit of smoke begins to waft off the tips of his hair and horns. "w-well now miss irina, w-we've only just met, and i-i mean not that you arent beautiful, i just dont think t-this is the place, n-not that i wouldnt be open to the idea, i just uh," Rohir begins to smoke a little more furiously as the Guildmaster snickers, "well what I mean to say is i-i," Rohir turns from irini and speaks under his breath at himself, "Come on damnit! who are you! you're Rohir got dayum Stokeson! no woman can fluster you! now get out there and put on a show!" he turns back around with a wide grin on his face, "well now miss iranus, i didn't realize I was that charming, but i think we should get to know eachother a little more before i properly shoot my shot." he winks at irini, "But for now lets just focus on the task at hand." he glances over to the Guildmaster.

You are on: Forums » Fantasy Roleplay » Unlikely Adventurers