Forums » Smalltalk » Ever played any games from the Creatures series?

Riik
I'm curious, because as far as I'm aware, no other game series has tried to do what the Creatures series did to the same extent.

So for those who don't know, the Creatures series is a trilogy (plus spin-offs) of games released in the 90s that revolves around experimenting with genetics and artificial life. You're tasked to care for (or simply observe if you prefer non-interference) a species of creatures called norns who are capable of learning. Though there are some scripted behaviours (particularly in Creatures 3), most behaviours in the game are learnt from a process of reward/punishment. A norn is hungry, they eat food, the food makes them not hungry, they learn to eat when hungry. This process is handled through simulated brain lobes with specific purposes, such as perception, prioritisation or decision making. The player can also influence the development of a creature by rewarding and punishing them for certain things. Such as punishing a creature for trying to eat a poisonous weed or rewarding them for following the mouse cursor.

Where do the genetics come in? Well each individual creature has a unique genetic code that is passed down to its offspring. This code can mutate during pregnancy (especially under certain influences such as radiation), resulting in positive and negative traits that weren't present in either parent. You could end up with a norn who never dies... or a norn with extra redundant brain lobes... or a norn who cannot walk. Admittedly, there are games nowadays that have a much more interesting system of genetics than the Creatures series, but none (that I've found) that mix that in with A-life learning.

Nowadays, it can be a struggle to get the games to work. Creatures 2 in particular requires hefty fixes just to run. Both Creatures 2 and Docking Station (a stand-alone expansion for Creatures 3) also require unofficial patches to fix glitches that are present in the games. Case in point, Creatures 2's One Hour Stupidity Syndrome, which results in norn intelligence basically ceasing to function to any useful degree after about an hour of life.

Personally, I have trouble playing the game for any long period of time due to the fact that I really hate it when a norn (or ettin) dies. Creatures 2 requires a LOT of time devoted to saving norns from drowning (unless you download an agent that adds bridges to the world), whilst my creatures in Creatures 3 have a habit of finding bacteria that contains ATP decoupler, which prevents a creature from being able to break down glucose and basically kills it in seconds. In my latest Creatures 3 playthrough, I had to tone down bacteria because there was a LOT of ATP decoupler bacteria floating around the norn terrarium, which was where I was keeping my colony of ettins, and they kept dying from it.

There have been a couple of fairly recent attempts to continue the series, with Creatures Online being developed in the early 2010s, only to get cancelled. Then the mobile game Creatures Family went into development only to be confirmed cancelled just last year for technical reasons. Both of those attempts have been by third-party dev studios, so I wouldn't be surprised if it was due to difficulties grappling with the artificial life aspect, given that the original developers had ties to academia, and even they had issues with the genomes involved.

So... does anyone on this site have any experience with this adorable but frustrating game series? I've honestly considered putting up an RP ad for a Creatures-based RP, but I've got so many ongoing RPs at the moment, I feel I need to be more picky about what ads I put up, as I don't want to start one on a gaming-based whim only to quickly lose interest in it. Plus I'm not sure what the chances of finding someone else with experience with the series are... probably low, given that it's not exactly a big-budget series with mainstream acclaim... and doesn't really have much actual 'game' to it in the first place, really. If you want to actually check the games out, they're available on GOG. 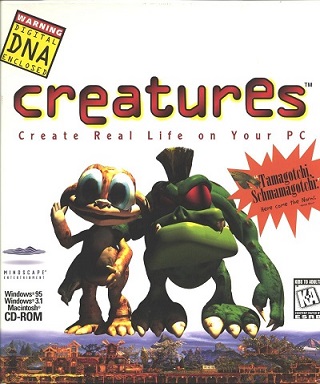 The Albian Years (Compilation of C1 and C2): 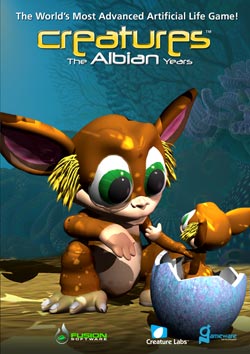 You are on: Forums » Smalltalk » Ever played any games from the Creatures series?