Zelphyr
I'm apparently looking for more ways to waste my time practice creative thinking or something, and I've seen some interesting threads crop up, sooo...

There's a character/characters I've got who can make communication interesting. She's mute, has never really had sign language as a viable option, and depending on where along in her life she is, is either entirely illiterate or has an arguably functional grasp on reading & writing. The character currently exists divided between two profiles: the younger, sort of base version, Raven, and a grown-up, magic-focused variant, Ghost. Not many people have played with either yet, and even fewer have communicated with her in a way that gestures alone were insufficient for, and what those folks have gotten to try to figure out has been things like these... 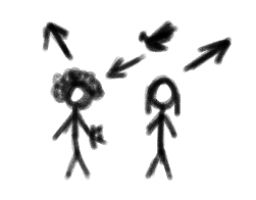 ^^ The weirdo on the left is this guy. 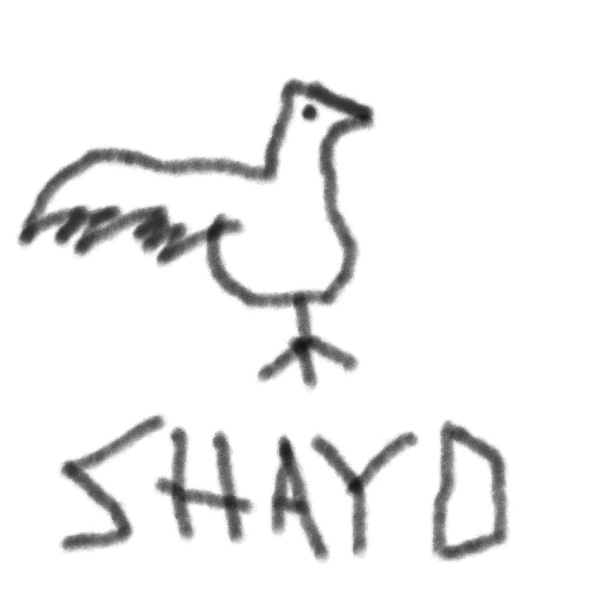 vv This one was actually a whole conversation that was drawn up in stages. vv 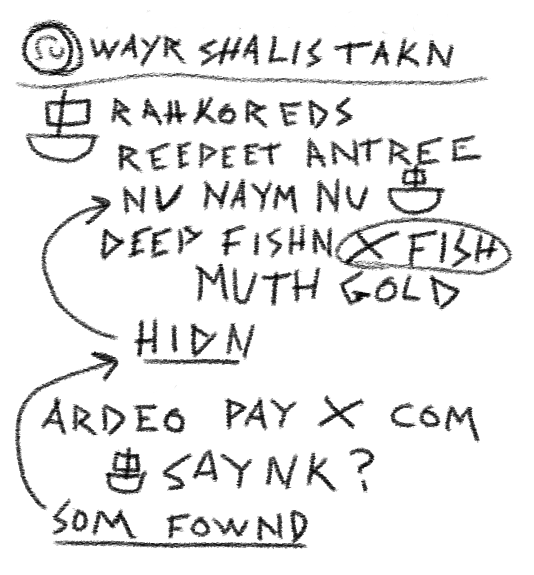 Does that look neat to you? Great!

Basically, I'm offering to try to create little messages of your choosing as if Raven/Ghost was trying to communicate them. You can expect the result to have some mix of quick, simplistic drawings when that might communicate something faster/easier than she knows how to write it out, some degree of poor spelling, bare minimum grammar, and sometimes obvious corrections. You can request a literacy range if you'd like; otherwise, I'll pick something that I think suits (and in that case, there's a small chance that some kinds of messages might come out a little... different). If specific characters are being referred to, you can also state whether or not it should be assumed she knows that character's name, though that doesn't mean for sure that she'll try to spell it. If there are specific items being referenced, you can include a reference image that may be incorporated. In games, she also communicates a lot by gestures and facial expressions, but this is going to be limited to what could be put on paper. If no drawing is needed, I usually just write her message out in text, but for this, I'll go ahead and try to write it into an image anyway. And please let me know if you'll need a background to be able to see the black image!

What sorts of messages can you request? A pretty broad range of things, honestly, and it doesn't have to be totally in-character for her to write it (though I'm not yet sure how far out of character I'll be able to work with this). You can give me the exact message that is intended and see how it gets translated, or you can just describe to me what sort of info should be in the message. You're also welcome to try to basically ask her a question to see how she might try to answer it (and asking it with a character might get a different response). Just try to be clear whether I'm translating or answering something. ^^

Some limitations, of course.
And of course, I'd love to know how you think I did! Did it make sense? Are there things you think could have been handled better? Any other comments?

Claine Moderator
Hello little bird! You look so hungry! What would you like to eat, I can make anything you'd like 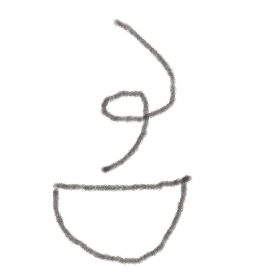 You are on: Forums » Art & Creativity » Messages from a Semi-Literate Mute