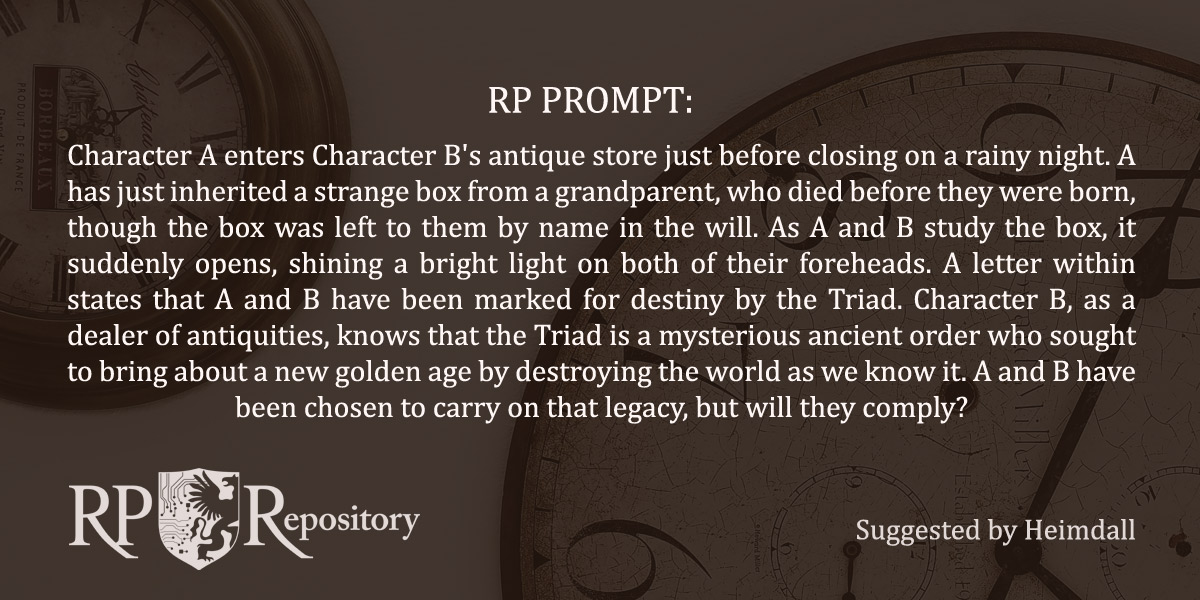 Character A enters Character B's antique store just before closing on a rainy night. A has just inherited a strange box from a grandparent, who died before they were born, though the box was left to them by name in the will. As A and B study the box, it suddenly opens, shining a bright light on both of their foreheads. A letter within states that A and B have been marked for destiny by the Triad. Character B, as a dealer of antiquities, knows that the Triad is a mysterious ancient order who sought to bring about a new golden age by destroying the world as we know it. A and B have been chosen to carry on that legacy, but will they comply?
-Suggested by Heimdall
Do you have a suggestion for a RP prompt or plot bunny you'd like to see featured in the news? Send it to Kim -- if it's picked, you'll receive credit for the idea.

We'll be taking a break from RP prompts for the next three weeks, as there will be plenty else going on, but they'll be back on December 18th

this is really cool!! I want to do this

Ohh this is a good one