DarkCrow
Alright, let's try this! Didn't play last year, so this is my first time playing this game.

Notes:
Excited to see what everyone has to add :o

Galaxy-Star
Love me some Eldritch horror

Its the 1920s, strange things happen in your world but everyone notices it only a few. The few are thought of as crazy and with no one listening to them to turn you an PI who investigates all these strange happenings. Perhaps they grow up seeing these things or the old ones talking to them when they were younger. So they invested time into learning about these beings. Perhaps with everything new investigation they learned more about these beings.

They're dressed in perhaps a vest, slacks, white button up with the the sleeves folded up, short hair but its not even. And perhaps they wear a fedora and smoke cigarettes. Real Noir vibes.
September 5, 2021 2:43pm

Libertine
Note to Mods wrote:
I would like to be exempt from the raffle for more RPR character slots, I'm just joining in for fun
HELLO CROW

so I was extra inspired by this prompt and decided to crack open my copy of Lovecraft Short Stories, Anthology of Classic Tales. I tried to pack this concept with Lovecraft references because I thought that would be hilarious, but also, hopefully, relevant and useful to you. Inspector Herrero is an intelligent, soft-spoken investigator. Their fascination with the supernatural- and their will to solve the world's problems- began when they were very small. Raised in a tiny village, they lost their family to an inexplicable illness, in which the afflicted began to take on animal-like features in hideous ways (no cute cat girls in this story). Rather than dying, they simply disappeared without a trace at the height of their misery. The orphaned child was adopted by a lonely doctor, who had the financial means to ensure a comfortable upbringing. Knowing Victorian England to be a "man's world", they decided to raise the child in the fashion of a son, helping them to obtain education and employment, both for the child's benefit and "for the sake of bettering Mankind". The one mystery they haven't been able to solve is the unexplained case of their hometown's origins, but they have never stopped searching for clues.

Throughout their life, they have been haunted by vague dreams about their childhood trauma. The doctor believed that investigating this section of their psyche might unlock secrets about the incident. The young investigator took things one step further from the psychological, delving into arcane legends and occult magics to increase their control over the dreaming state. Still, the realm of dreams is unpredictable, and the outcomes of these sleep sessions aren't always pleasant. Thankfully they aren't alone, as their faithful companion, a black cat named Menes, will lay on their stomach and knead them awake, rescuing them from most nightmares.

The inspector is mindful- but not nitpicky- about their appearance. They were raised to take care of themselves and to be compassionate towards others. They have a soft spot towards orphans, as most wind up less fortunate than they were. They have a great deal of firsthand experience with the occult and supernatural, but are always out to learn more, especially anything similar to what they experienced as a child.
Rambly hectic notes and references
From Lovecraft's Cool Air: a story about a strikingly intelligent doctor living in a bizarrely cold apartment. He uses an ammonia-powered machine to keep his home around 56 degrees fahrenheit, and tells the protagonist he is death's enemy. Later it is revealed that the doctor has been undead for 18 years, keeping his body going after death through a bizarre use of machines and chemicals. When his air conditioning machine goes out, he rapidly decomposes overnight and is found as a rotting corpse.
Last name Herrero, after the landlady
Quote:
...Herrero, did not annoy me with gossip or with criticisms
A precise and intellectual temperament from Dr. Munoz
Quote:
He clearly understood my needs at a glance, and ministered to them with a master's deftness; the while reassuring me in a finely modulated though oddly hollow and timbereless voice that he was the bitterest of sworn enemies to death, and had sunk his fortune and lost all his friends in a lifetime of bizarre experiment devoted to its bafflement and extirpation. Something of the benevolent fanatic seemed to reside in him, and he rambled on almost garrulously as he sounded my chest and mixed a suitable draught of drugs fetched from the smaller laboratory room.
(It would be funny to give them or their adopter an exaggerated preference for cool weather. don't touch dad's thermostat!) From Lovecraft's Beyond the Wall of Sleep: in which a man is sent to an insane asylum after brutally murdering his neighbor. He's plagued with nightmares, claiming that when he dreams he enters a nigh incomprehensible realm. He makes contact with an entity that explains "when not shackled to their physical bodies, all men are light beings. The thought-message went on to explain that, as light beings within the realm of sleep, humans can experience the vistas of many planes and universes which remain unknown to waking awareness".
Maybe this detective has learned how to harness control of their dreams. They meet with entities, or see other people's dreams, or can catch glimpses of history, learning while they are asleep. IF they can decipher them, their dreams help them solve their cases. From Lovecraft's The Cats of Ulthar: in the town of Ulthar, cats are sometimes abducted and slain by a man and his wife. People try to keep their pets from wandering into the couple's yards, but if one disappears, they do not do anything about it because the couple creeps them out. One night some cultish outsiders in a wagon stop to rest there. In their midst is a little orphan boy named Menes, whose sole comfort in the world is a sweet black kitten. When it disappears, the villagers tell him about the couple, and the boy prays in a language they don't understand. The clouds take on ominous shapes and the strange travelers leave that night. All the cats of the village are seen pacing around the cottage, and later, the couple are found dead and picked clean by the cats, who killed them at Menes' behest and ate all but their bones. From Lovecraft's Innsmouth stories: in which a student visits Innsmouth, where the people come down with a condition called the "Innsmouth Look", making them look like gross fish people. He's told a story about monsters from the ocean breeding with humans to create hideous hybrids, though these features don't surface until later in their life. The unfortunate student later discovers he has alien ancestry and must return to the sea someday. There's also The Innsmouth Heritage, in which a girl invites her geneticist friend to try and unlock the mystery of the Innsmouth Look. One of the townsfolk with the most hideous cases of it agrees to be a study subject, but only if the geneticist will find a way to cure them of the terrorizing nightmares that accompany the physical symptoms.
September 12, 2021 1:24pm

Kim Site Admin
I don't actually know that much about Cthulu and HP Lovecraft myself, so I just want to pop in with some general ideas for aesthetics that could be involved with this detective. 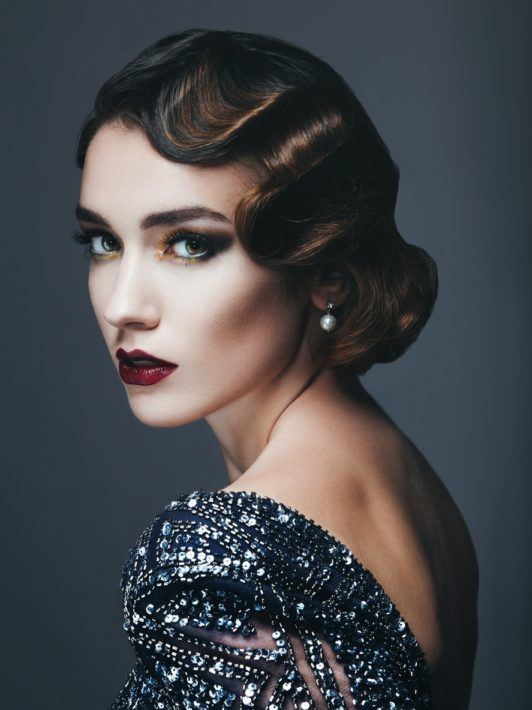 Perhaps their office is in a failing mall, where rent is rock bottom and many of the other store fronts are empty and echoing, except for a Hot Topic and a Wetzel's pretzels somewhere down the way. They find themselves snacking on a whole lot of soft pretzels as a result, and serves them to clients when they come to visit.

I think they have an unusual pet in their office. Hedgehog? Snake? Stick bug? Orchid mantis?
September 12, 2021 1:28pm

Michonne
Since you said detective...you gotta throw in some Sherlock vibes. Maybe even so crafty as to be his nemesis? "The Woman" esque personality!?

You are on: Forums » RP Discussion » Collaborative OC: Lovecraftian Detective