GarnaalProductions
Ayy, might as well drop my drop here- https://garnverse.fandom.com/wiki/GarnVerse_Wiki

I'm working on this dorky-ass wiki to catalogue 'n keep track of all my lore! I'd say the lion's share of it is still stored in my noggin', but I think that in time this place'll be something to really look at. Man, maybe someday I'll even be able to write & advertise my novels 'n other things there!

But to be more concrete, lemme show ya one of the most prominent critters from my poorly named GarnVerse: the Therion!

Now these bastards, they're quite literally 'mutant werewolves on steroids', but I love 'em to all hell for sure! I'm planning on creating a drawn masterpost (y'know, like the ones you might see on Instagram or DA about someone's closed species/fictional horse breed/what have you) about how these guys work, tho I already got some tidbits of info here and there on that wiki page and one of my main castmembers'.

These shapeshifting son-offa-guns are supposed to be embody the essence of unstoppable rage; contrary to your average Hollywood furball, they don't hunt for sport or food, they just maim and murder for the sake of it and can only really be stopped by magickal influences or just shooting at them until they're rendered to pulp.

At the end of the day they're still just a gateway critter to putting werewolves into a sci-fantasy setting tho. So far, it's working out damn great!

Anyway, what about you, mate? You got any cool worldbuilding going on?

Oh ayy & yeah, have a bonus Danny btw, another crusty lil' beast from my universe:

Faedreamer
Well, there's the collaborative world I've got with my friend Hades. Most of the information pertaining to it can be found here and here. In summary, it's demons vs pseudo-angels, but both factions are absolutely in the wrong. The protagonists are traitors to their respective homeworlds because they think all of the violence and killing is unnecessary. Now they're just trying to vibe peacefully but way too many people want them dead. It's a mix of wholesome shenanigans and actual dramatic plot stuff.
I've also got my own personal world, which I plan to turn into a book some day. It can be summed up as being about dragons, betrayal, flower symbolism, and lesbian princesses. I have a lot written down about it but it's not easily shareable, so.
April 27, 2022 9:39am

Well, I am still developing my world but I think I got something. Erumo High School is basically a hero high school like U.A. but in a town called Morioh. It has a general and support studies as well. Kids with curses, powers basically, go there and it has three years; first year (freshman), second year, and third year (senior) since most kids went to junior high. 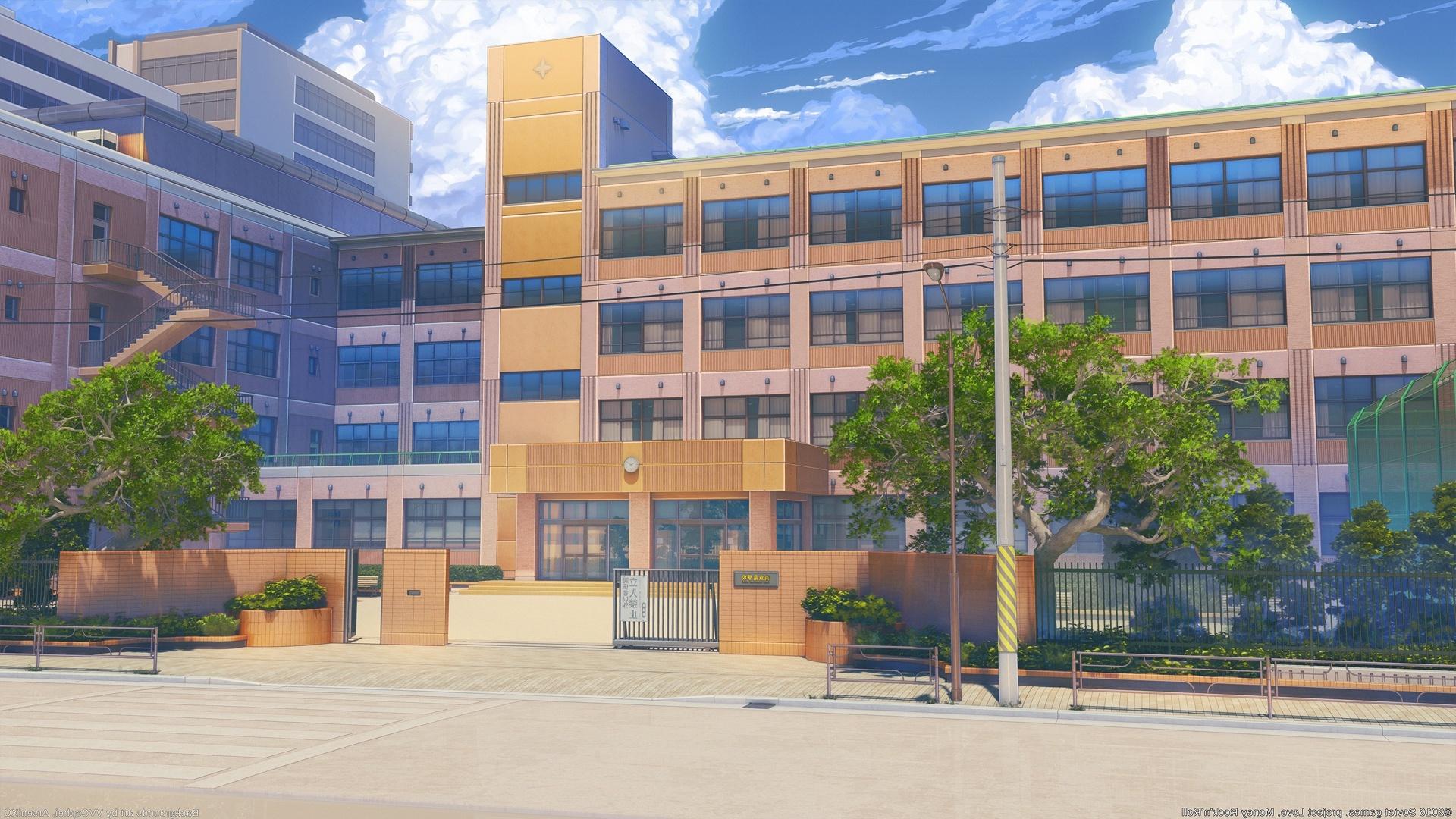 GarnaalProductions
TheLorekeeper wrote:
Well, there's the collaborative world I've got with my friend Hades. Most of the information pertaining to it can be found here and here. In summary, it's demons vs pseudo-angels, but both factions are absolutely in the wrong. The protagonists are traitors to their respective homeworlds because they think all of the violence and killing is unnecessary. Now they're just trying to vibe peacefully but way too many people want them dead. It's a mix of wholesome shenanigans and actual dramatic plot stuff.
I've also got my own personal world, which I plan to turn into a book some day. It can be summed up as being about dragons, betrayal, flower symbolism, and lesbian princesses. I have a lot written down about it but it's not easily shareable, so.
Ah yeah, heard a bit about it here and there, you folks got a nice setting going! Monster designs are also 10/10 for sure ghehe

& @TiredWriter: yours seems cool too mate! Magical high schools always hit the spot with a lot of people 💪💪

Whoaaa damn, thanks a bunch! That means a lot coming from you!

& feeling's mutual too- that's gotta be one of the most interesting & creative uses/interpretetions of spirits that I've ever seen man! And I'm defo a fan of your formatting too, reads like a charming tourist booklet/travel guide to your 'verse. So uh, cheers on that!

TiredWriter Topic Starter
So I finally made a page for my universe: https://www.rprepository.com/character-site/1466599

With the newest addition of a character and a piece of history of it kinda, she would be considered a very important figure in history there.

The amount of detail is just so fineeee. Also your world seems so cool

Project GENESIS is my cyberpunk solo writing project several months in the making. It all started from a very miniscule bit of lore found in Technobabylon - literally nothing more than a filler news article you can read in the game regarding how Japan wanted to solve its population crisis through embryonic cloning. I took that personally.

Project GENESIS follows the story of a bunch of inbred cripples six individuals who were abandoned by the government after the....well, Project GENESIS resulted in an absolute catastrophe. Instead of producing a way to solve Japan's population crisis and introducing a pathway to eternal life, they sort of accidentally just created a bunch of horrible sick genetic mutants who either died immediately or were doomed to a life of suffering. Evidently there's a reason human cloning isn't a thing. As you can imagine, this kinda upset the country and then the entire world and Japan had to do something about it or be labeled the bad guys. whowouldathunk

The "subjects" from Project GENESIS were abandoned, of course, because ain't nobody got the time or money for these walking medical disasters. I mean most of them pretty much just died because y'know incompatibility with life, but these six suckers got stuck with having to live. Terrible. Did I mention that there's also somebody trying to kill all of them and it definitely doesn't have anything to do with trying to permanently hide the shitastrophe that was Project GENESIS? Because that's a thing.

Gays. Violence. Way too much obscure medical knowledge. Sultry babes who will die if you breathe on them wrong.

all of that and more at - PROJECT GENESIS, NOW WITH TWICE THE EXISTENTIAL DREAD AND TECHNOLOGICAL HORROR™

Aardbei
This was the world map for a Pokemon campaign I was running last year.

I started building it in February, worked on-and-off on it for a while, shelved it twice, but ultimately tried running it proper in October... It fell apart pretty quick.

I'm still really attached to it though, but I dunno what to do with it now...

Most of the things used for it were edited sprites from the games, or free sheets people allowed non-commercial use of, including that world map. I did, however, create some custom badges for it that are 100% mine.


Could go on about my unused notes/ideas honestly but I dunno how interesting what is effectively fanfiction is. I just have no idea what to do with a bucketload of notes and am unusually attached to what I built... heh.

It was called the Oolong Region, for the interested. Kind of obvious what the place names are inspired by.
June 4, 2022 11:49am

Riik
I don't have anything really written down about it, but I do have a recurring sci-fi universe I default to when RPing a custom sci-fi setting.

It's a setting based in a region of space known as the Nibuzani sector, the largest faction being the Nibuzani Empire who have huge cultural influence over the surrounding factions. Their dominant species is kan'jan (basically big bipedal axolotls), and the main conflict is between the Nibuzani Empire and the Wabu Hiki Rebellion. Due to the rebellion and recent non-stop expansionism resulting in resources that have stretched thin, the Nibuzani Empire has recently put its conquering ways on pause and would be vulnerable to attack if not for the fact that their larger neighbours are too busy looking out for themselves to attempt to liberate conquered systems. Some discreetly send supplies to the rebels, but normally it's the bare minimum in order to keep the Empire pacified for a bit longer.

One of the major clusters of factions that share the sector is the human cluster, the largest faction of which is the Terran Syndicate, which is basically a what-if scenario of humans sticking to their current trajectory upon obtaining space travel. Long story short, most colonial efforts were corporate, those corporations outgrew Earth, then allied to basically bully Earth into submitting under their authority. They're a totalitarian oligarchy led by a board of directors whose workers are basically slaves. There have been a number of rebellions since, the main three resulting factions being a Leninist-style socialist nation (the name eludes me at present, but I think it's written down somewhere in one of my old RPs) that like the USSR was taken advantage of by a dictator and turned into a totalitarian state, the liberal Federation of Free Worlds which is falling down the slippery slope into neo-liberal capitalism and a collection of independent human worlds who opted to join the neighbouring multi-species Alliance of Independent Nations. The Terran Syndicate remains the largest and most influential and is in a bit of a weird truce with the Nibuzani Empire based on mutual co-operation in some areas whilst also engaging in covert espionage against each other. The Terran Syndicate probably have enough resources to successfully attack and take territory from the Nibuzani Empire, but at the same time, should the Nibuzani Empire come down on them with the full force of their military, the Syndicate would be crushed entirely with very little effort (followed by the collapse of the Empire as it crumbles from being unable to continue to intimidate its border worlds into submission whilst under the threat of an active rebellion).

You are on: Forums » RP Discussion » Share your world