Forums » RP Discussion » Fall In To The Dark Side ✝ OOC ✝ 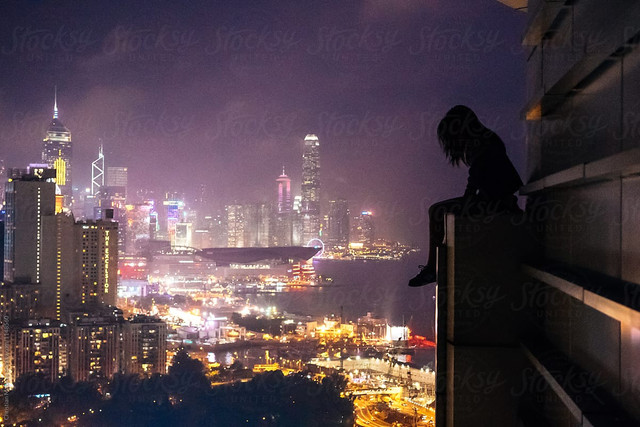 X'oir'aio: a dark world, in which there are no laws and no justice system. Everyone is free to do as they please, from steal to blood cold murder and nothing will be done about the abusive and murderous behaviour. No one will be punished for their actions; and perhaps that is why many had chosen to abandon this horrific realm and join others.

However, despite this, a small group of locals hadn't abandoned their home, and continued to lurk beneath the shadows. The leader of that group also happening to be the youngest, Sarah Da'naou. They spoke a foreign language, despite knowing English. They were all at peace with themselves, one murder a year if they were unlucky. Their group was now threateningly small, being five people including Sarah.

YOU have travelled to this world from the need of adventure; for the need for a new start. However, you find these locals, and it seems this world has a history... 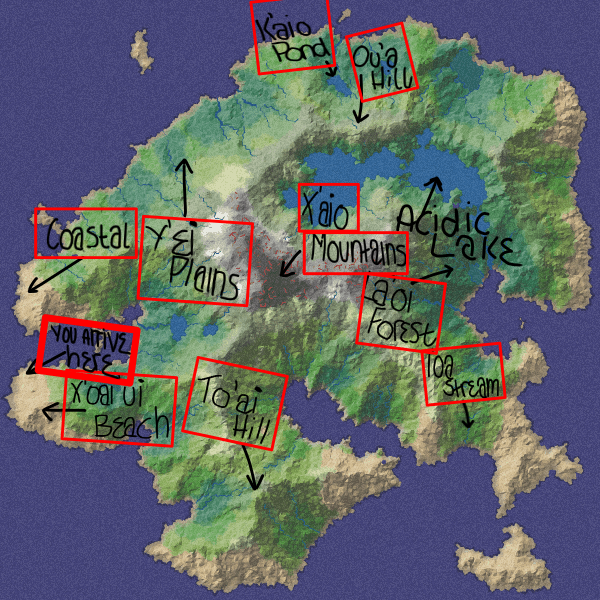 K'aio Pond: A relatively large pond with no inhabited life; it is the only safe water on the entire island that is okay to drink or swim in, unless purified by the locals that live there. All of the other water is extremely acidic to those who aren't from the dangerous island in the first place.

Ou'a Hill: A collection of three massive hills, all of which are steep to the point where they are almost entirely impossible to traverse upwards. They're coated in large, misshaped and dishelved trees as well as long grass which hadn't been cut in decades. The grass was a dull green, slowly withering away with each passing day.

Y'ei Plains: A vast area of nothing but shortened grass. Some areas have miles upon miles of dead-looking flowers which in reality are still actually alive. There's not much water anywhere, along with barely any animals to come across anywhere at all.

X'aio Mountains: Despite having a plural name, this location is only actually one single mountain which reaches a height of up to 5792 feet. The tallest on the island, barely any manage to make it half way up the rocky surface which falls apart under the lightest touch of a single feather.

La'oi Forest: A large forest which the children used to love to run through and play the most stupidest games in before the occurance. The soil is perfect and smooth there, as well as soft so if you fell you wouldn't get hurt. The trees are tall and twisted, but easy to climb. Once at the top a person could see the whole island they are just that tall!

To'ai Hill: A massive hill that children of the world used to absolutely adore playing on; they would run up the side and get on their side before rolling all the way back to the bottom as a lazy form of entertainment. Unfortunately, maybe children have been murdered here and their spirits are often seen floating around or still playing.

X'oai'uo Beach: A small beach in which everyone arrives at. The sand on this beach is soft, and doesn't hurt your feet to walk on. It's not that big, but is still big enough to fit a couple thousand people.

Your character is dragged to this world by a force much stronger than anything; a large desire to begin a new life, or a large desire for dangerous and unknown adventure. Whatever the reason, the characters are there on their own free will!

Once on the island, THERE IS NO MEANS OF ESCAPE and it will stay that way. You're trapped with the locals forever.

I have finished reading. please take me there!

staticnightmares
If by "lose" you mean the character dying, then no- unless you give permission, your character won't be allowed to be killed off.

staticnightmares
Map and location descriptions have been added and updated.

Just to clarify; this will be a public forum PM

Waiting on one or two more people to express interest before I feel the need to create a starter.
May 3, 2019 7:23am

Also, RP description has been updated to contain some more information!
May 3, 2019 7:29am

Igther (played by MrFalcon)
Um I have a statement to say that any water is fine for the Hydragonian...even swamp water with little bacteria and they won’t get sick from it at all.

staticnightmares
IC chat has been made! Remember the posting rules!!
May 3, 2019 2:15pm

He can still react, don't worry- she's not really pressing that hard and even with his restraints she's no where near strong enough to even stop him from knocking the gun from her hand. So feel free to do whatever to her, and yes you can reply.
May 3, 2019 2:21pm

Ember_Wolf
Nevermind that last bit, I assume that Kazira could throw her off balance.
May 3, 2019 2:27pm

staticnightmares
Considering there's 3 people, doing so to the whole group would be a little... Unreal, considering the other two are dealing with Nivar further away from Vincent and the black haired girl. However, feel free to do so to her- considering she has a gun pressed to Vincent's head.
May 3, 2019 2:31pm

Ember_Wolf
Also, the last bit only applies if all of Kaziras Actions are successful. They probably would be, as the Big and Heavy ones usually Wij in a fight.

If Kazira gets his paws on the Firearm, or his laser pistol. Then he would have a good chance of at least inflicting some wounds.
May 3, 2019 2:42pm

Ember_Wolf
Heh, she must be pretty lucky that Vincent wouldn't know what it meant.

Otherwise, he probably would have knocked her teeth out.

Will reply in a moment.