What did you find? Q-tips? Construction paper? Old broken crayons? Empty toilet-paper rolls? Great. Find some way to glue it all together and make something... if not presentable, then at least funny.

It could be a figurine, a piece of fashion, maybe even some kind of useful invention.

A winner will be picked in each of these categories:

The more banal and every-day the items used in the creation of your item, the better.

Last Day to Enter
DEADLINE EXTENDED
May 10th is the last day to post your entries!

WelchsGrapeJuice
First! A coin ring I forged from a quarter WelchsGrapeJuice
Mecha Senku!!! He has a bluetooth speaker inside, so he works like a jukebox. He is made of old dryer duct, aluminum foil, a cardboard box, a paper printout, paper ribbon, normal tape, duct tape, glue, and a speaker (blackweb~$5) 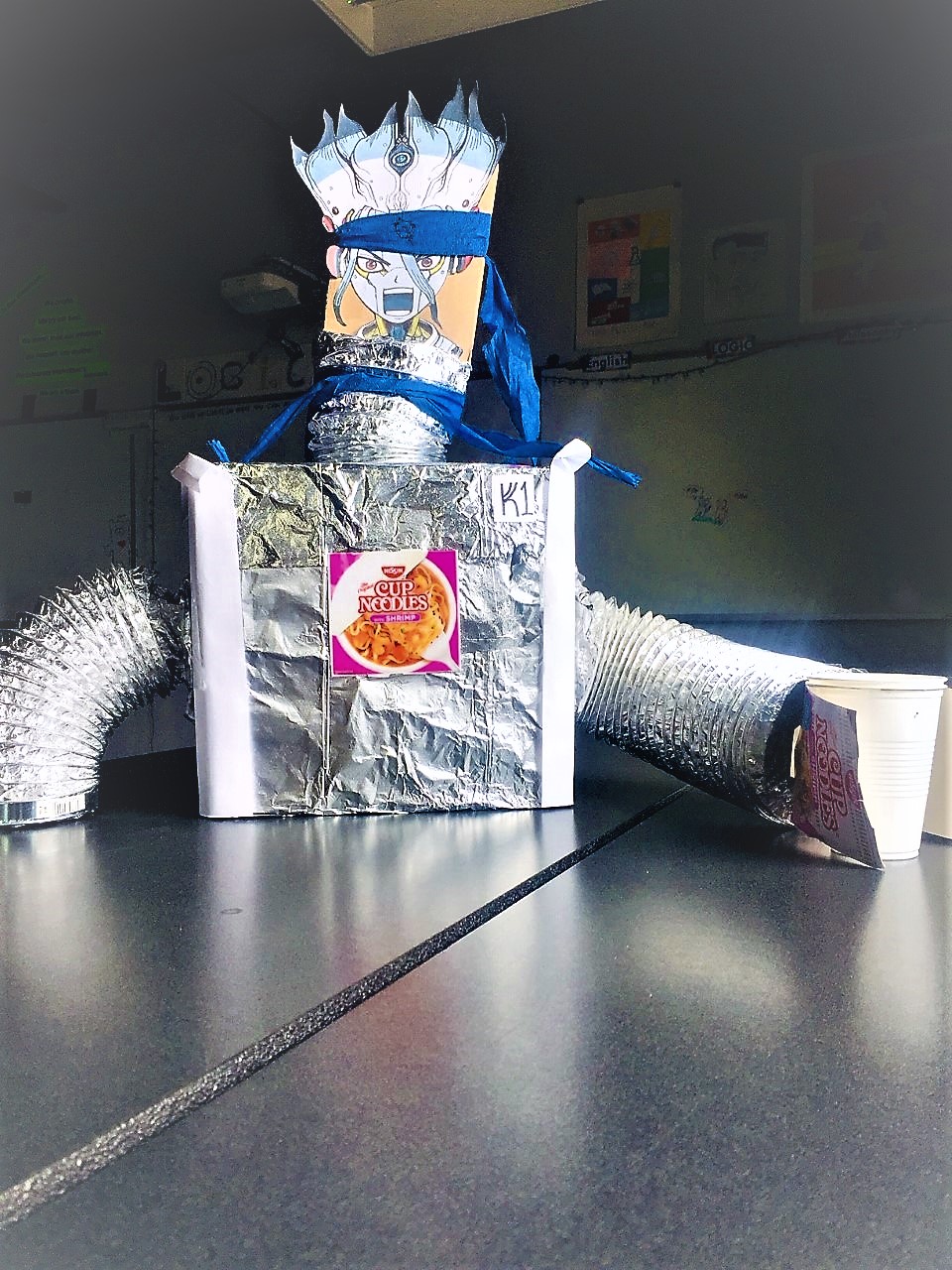 Orrik_Zynn_x2
Hmm, I might just try this...if I can find my glue!

I hope it qualifies

Kim Site Admin
Just a reminder, entries to this contest are supposed to be "RPR themed" in some way. Please include a note with your entry about what makes it RPR related, if it's not immediately obvious.

MercyInReach
Doubutt is lost. Cornered by two beetles. Ceramic pieces shattered. No health anywhere to be seen. Two carrots. Can they make it to the carrots in time?

Well, at least they didn't drop the weapon down a hole.

Been working on this all morning. 😅
I wanted to make something similar to the many-headed-cyborg-dragon, but I only had red cloth and red paint available (if that's okay I painted it.) I really hope this is acceptable. Anyway, here is my submission! 😆

Meet the...Many-headed-(unicorn)-dragggoonnn!!! 'Cause you know, I gave it horns. Ha-Ha... Get it? No? Okay. Nevermind.
She is here to keep the many-headed-cyborg-dragon company and possibly become his friend. A many-headed-dragon needs another many-headed-dragon friend, riiiggghhhhhht? 😁


List of Materials Used
P.S.
You know what, I'm beginning to ship my baby dwagon with the many-headed-cyborg dragon, 'cause why not? Yiiiieeeeeee!!! 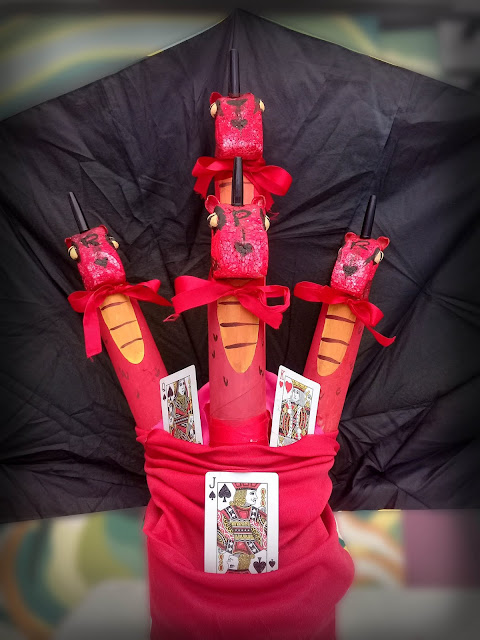 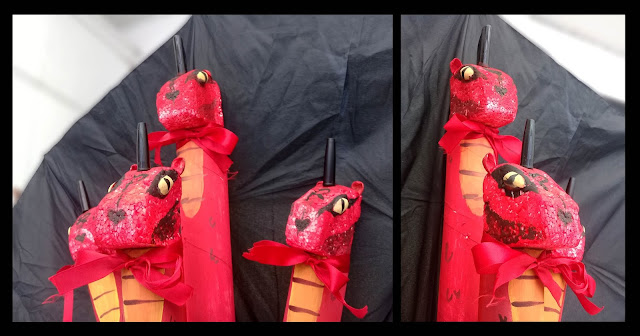 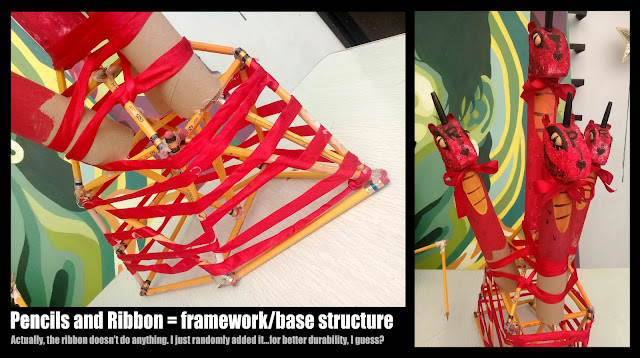 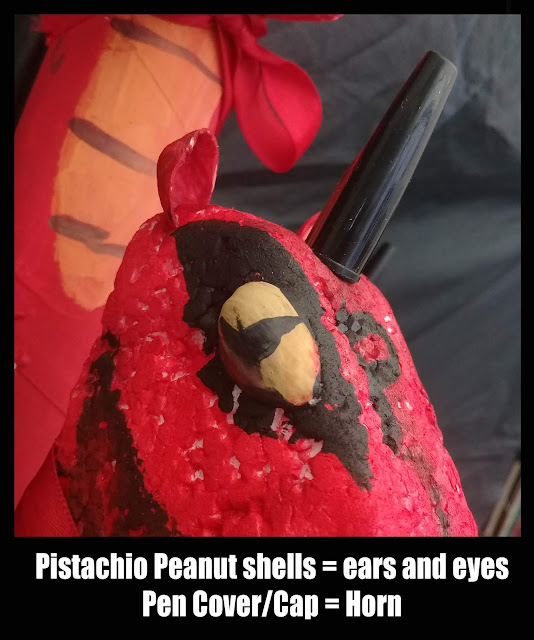 gotta admit I’m super intimidated by all the previously posted submissions but I’m still very proud of my own!!
—————

A single little fae made her rounds...visiting so many places she lost count, taking a single item from each place she visited to appease a dark and angry sickness that plagued her homeland. She came home exhausted but hopeful to cure her friends and family only...once she had returned EVERYBODY WAS FINE AND THE PLAGUE HAD PASSED?! ...me oh my...whatEVER was she going to do with all this stuff?!

I made a dimension hopping fairie’s treasure trove/“official” rpr giftbox ...looks like she made a stop by the RPR and won an oil of epicness maybe?!

*TONS OF GLITTER and also glue (help me I’m still sparkly despite taking FOUR showers AND a bath!!)

*ACTUAL LEAVES (from the tree outside my house because I ran out of interesting things to fill my box with and then I remembered the leaves that are sold here on rpr...in the fall I think? I have one on my profile)

*1 glass fairie figurine on a wooden base

*several large crystals that I use to decorate my garden

*a few pieces of my jewelry and a load of stuff I collect (Like pretty rocks, shiny coins, and pressed pennies...RAWR I LOVE PRESSED PENNIES!!)

*AND A BROWN SHARPIE (I totally forgot about the heckin sharpie at first!!)

My house has poor lighting so the pictures were taken out in my front yard...

Yersinia
After browsing kid's crafts for a while I found it. The perfect boy. 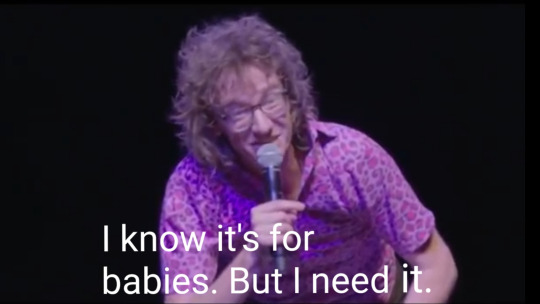 It's so janky lmao I was having a good laugh the whole time. Behold: RPR's very own cyborg dinosaur. 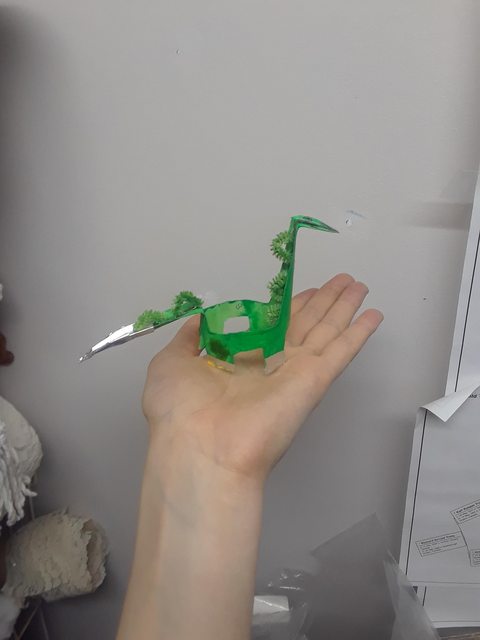 a face only a mother could love 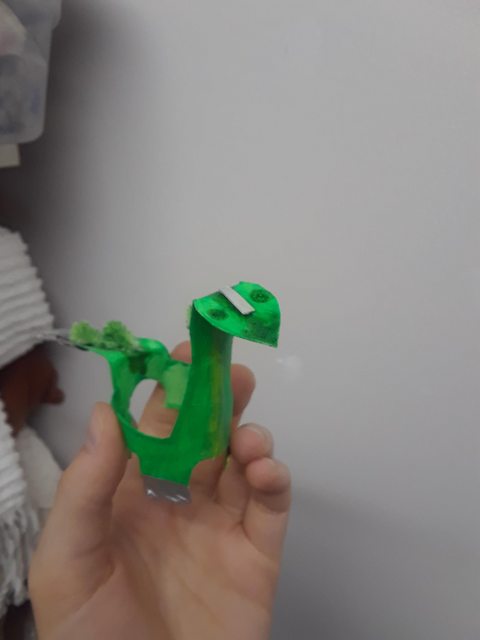 For dark cardboards use the white shield

For light cardboards use the dark shield

Print out the dice template on a cardboard

Cut out the shape

Fold it and assemble the dice using glue and/or cellotape

Clean and dry them well

Once the sticks are dry, collect the materials you will need these materials...

1 Large bottle cap (from a milk bottle or other drink)

- separate 2 sticks apart from the rest

- pile the leftover sticks into a tower

- slide the stick you inserted at the bottom towards the middle of the pile, to form the shape of a cross

- place the remaining stick right on top of the pile (vertical position to the one you inserted earlier) and join the crossed sticks (top and bottom one using the 3rd remaining elastic band, looping it several times)

Your catapult is now ready to fire.

How to use it?

Hold the bottom stick firmly
Press the top stick (where the bottle cap is) hard, downwards to build pressure
Place the ball or item you want to fire inside the cap
Release the top stick

Tear paper (or newspaper) and foil into pieces

Print out and cut out small dark RPR shields

Using sticky tape, stick the RPR shield onto the foil ball. Your ammunition is now ready to fire

You can also use other small items like paper clips, chickpeas, marbles (careful with those and any glass surface or vase nearby)

Pick up an empty yoghurt pot (or rice pudding pot), clean it up and dry it

Print out the picture of Doubbutt and cut it out

Fill it with all the ammunition

Collect 21 yoghurt pots (you can do it with as little as 3 or 6!)
Clean and dry them out

Carefully peel the first layer of the label off the yoghurt pot but without removing the entire paper
The pot must be left covered in a thin layer of paper
If you accidentally removed all of it... you can always stick kitchen paper using white glue

Using paint and a brush, paint each of the pots in different colours, following this yearly colour-coded chart

Leave the pots aside to dry on a plastic surface

Grab glitter and open the packet or pot carefully

Using a piece of sticky tape, hold the end of the adhesive against the joint of the yoghurt label
Wrap the glittered adhesive around the yoghurt pot tightly and secure it against itself and with additional sticky tape at the end

Your pots will now sparkle, without leaving a trail of messy glitter behind

Using a damp cloth, clean up the edges of the pots and pile them per RPR Yearly Adventure Code

Do NOT expand if you have arachnophobia

You can also print out both themes and stick one theme on the front of the yoghurt port, and the other design at the back / opposite side. It will make the tower look and feel less repetitive
May 1, 2020 10:21pm

Notice: where it says yoghurt pots it can be replaced with alternatives like...
- empty cans of soft drinks
- empty tins
- empty toilet rolls

4. Write different punctuation marks either inside the yoghurt pots with a marker pen
The punctuation of each pot is determined by rolling the RPR 1d6 dice for each of them. For boss pictures you can multiply x3 the value rolled (or x4 if it is the latest Xenobeast Imperial)

If using toilet rolls, write the number at the opposide side of the picture instead

You can choose to stick the numbers with sticky tape and paper instead of writing it on the pot
This way you can ensure different rounds have different valued pots or change the numbers after a while.

5. At one end of the dinning table, build The Epic Week Decorative RPR Tower

-Throw the balls of ammunition at the tower for a set period of time (1-6 minutes).
-The time is determined by rolling a 1d6 dice
-Throw the balls using the RPR catapult
-Once the time is up, collect all the knocked out yoghurt and count the points.

If you knocked them all out and your time is not yet up, you can quickly rebuild the tower randomly replacing the pots and continue throwing (making sure to count the points before you rebuild!)

VARIANTS OF THE GAME:

To make it a multi-player competitive game:

- roll the RPR 1d6 dice to determine who goes first, highest to lowest roll order applies
- rebuild the tower for each person's turn
- if a player knocked all the pots out, and their time is not yet up, they can quickly rebuild the tower to continue throwing (making sure to count the points before they rebuild!)
- once a player's turn is up, count points and write them down before you rebuild the tower for the next player

To make it family friendly:

- roll a 1d6 dice to determine who goes first, highest to lowest roll
- all players get an opportunity to knock some down during their turn
- do not rebuild the tower between throws or turns
- game ends when everyone has had their 1 turn or the tower is knocked down

To make it fair for all:
Roll the dice once at the beginning of the game and give the same time to all players' turns

To make it lucky and random: [/b]
Roll the dice for each player to find out how much time they have to throw the ball during their turn

To encourage social distancing, or for those who are alone, this can also be played by a single player timing the duration of each round according to the 1d6 dice roll. The tower can be rebuilt if the time is not yet up, but they must count the points before rebuilding

Build the tower using both themes (Doubbutt design and Monsters design)
When you knock a pot, if it lands on a doubbutt design you add the points but if it falls with the monster facing up, you substract the points instead.

Fill the pots (not a tower game!)

-For a timed session, throw the RPR 1d6 dice and see how many minutes will your round go on for
-Using the RPR catapult, throw the RPR ammo and see which pots it lands inside.
-You win those points!

Did you run out of ammo? Collect it and throw it again, until your time is up

Can you think of other ways to spice up this game? Why not reply and share your proposal/idea?

DaBoisBackHome
Shoutout to myself for being off the RPR for most of Epic Week... Would making a piece of doll clothing be an acceptable entry??

EDIT: I feel the need to clarify that I don't have yards and yards of the same fabric, but instead have a lot of scraps, and would be using those! So I guess it could count as being stuff found around the house?

For the other tail:

Kim Site Admin
HEY ALL -- After some requests, I'm going to extend the deadline for a week on this one!

Kim Site Admin
DaBoisBackHome wrote:
Shoutout to myself for being off the RPR for most of Epic Week... Would making a piece of doll clothing be an acceptable entry??

EDIT: I feel the need to clarify that I don't have yards and yards of the same fabric, but instead have a lot of scraps, and would be using those! So I guess it could count as being stuff found around the house?

Yes, this could count, so long as you managed to make it RPR-themed in some way

You are on: Forums » Epic Week 2020 » Official Contest: Quarantine Crafts