Mabila the Mad Poet (played anonymously)
Controversial opinion, the vast majority of the people on this website don't understand what literacy is.

Before I continue, allow me to define literacy so that we can all be on the same page.

And because I see this coming already, attacking my gramar or (in)ability to write is an ad hominem attack that doesn't disprove my point or argument. No matter how hilariously ironic.

Literacy is defined by ones ability to read and write, but also ones understanding and competence of a specific subject. It vexes me though as people seem to be using it fill a hole in their vocabulary.

Literacy is not the volume by which you write but to write well and comprehend what is written. To be highly literate is not to write more but to write at higher qualities consistently. To me it seems rather dishonest to claim to be highly literate followed by declarations of post lengths demanding multi-paragraph post. This isn't about post lengths though, but they have become synonymous in the vernacular of the community that it simply must be brought up.

More isn't always better, often it's more. Ones writing quality is not indicative of how much superfluous fluff is written into the passage, if anything I think it may show the very opposite! A bold claim I know but allow me to explain.

When reading what people post I quite often find myself amazed at how someone can write four whole paragraphs that could be shortened to two sentences and yet you lose nothing. Better yet, four paragraphs that tell you literally nothing besides things you already know but the author insist on telling you again and again!

There is a beautiful simplicity in writing less, or writing better. Take Stephen king for example, whether or not you enjoy his writing (I personally don't enjoy it.) you cannot deny the success they have, and they're not successful for no reason. They are successful for a reason, not because he writes more, but because he actively chooses to write better by writing less. Cutting away at the fluff allowing the reader to imagine things in their own mind, put it together themselves instead of insulting the audience's intelligence by shoving it down their neck.

On the polar opposite of this spectrum we have one Howard Philips Lovecraft, who often writes a inordinate amount of fluff and exposition into his writings. If you ever read "At the Mountains of Madness" you know he writes more details than required, no one cares about the water to gasoline ratio in the planes, especially when it doesn't matter to the story in even the most minute way. But it's there anyways, and it detracts from the overall story by having so many paragraphs that mean literally nothing.

And for anything who brings up Tolkien who writes all the little details of every little thing. At least there's substance to it.

Back to my original point, literacy is not how much you write. It's how well you write, and everyone phrases it as post lengths in the context of their post. So please, separate these two things, they're different. Because no matter how much you write, if you're poorly literate you'll just end up writing a thousand pages of nothing.

Also At the Mountains of Madness is actually terrible.

Rogue-Scribe
Ah yes... this discussion crops up every so often...

... as for your ‘literacy’ assertion here that appears to basically be shortened to ‘less is better’, I have to disagree. Descriptions of scene and setting is quite important to many in that it gives a deeper feeling as to what is around the characters. I find that when it is repeated, it’s because the other writer has totally missed the whole scene.

“Literacy on a basic defined level is the ability to read and write, no matter what language. The next level is the use of proper syntax and sentence-structure. And then there is of course, spelling and grammar.

I’ve always had an issue with the way the word ‘literate’ is used in RP circles. It never really fits correctly into what is intended.

The difference is like reading a book or playing a game. Proper syntax and sentence structure goes a long way in making a ‘literate’ post because it is part of knowing how to read and write.
March 25, 2021 9:11pm

Mabila the Mad Poet (played anonymously) Topic Starter
Well clearly it isn't being talked about enough since this is still a problem.

So lets throw some fuel on the fire, shove it down some throats, and have a good time.

sland
We have this rumble on RPR once every few months. Last time this came up short post gang made some good points, long post gang also made some good points but then padded them with strawman arguments and snark, I assume to lengthen their posts. Here we go again, being extremely incendiary right out of the gate is an interesting gambit, let's see how it plays out.
March 25, 2021 9:45pm

Mabila the Mad Poet (played anonymously) Topic Starter
It's not about writing more or writing less.

It's about writing better.

I even comment on how Tolkien did it well, while writing more. A stark contrast to Stephen king who chooses to write less and H.P lovecraft who wrote too much. It's a balance.
March 25, 2021 9:58pm

Edit:
Mabila the Mad Poet wrote:
It's not about writing more or writing less.

It's about writing better.

Mabila the Mad Poet (played anonymously) Topic Starter
No it's not.

You can still acts as a "player" as defined in this post and still write well. It doesn't matter if it's cut into shorter blocks or played differently, what matters is the information that gets across. Even then, literacy would be the ability to write grammatically correctly and read what is written.

Once again, it's not about how much or how little you write, it's not even about how you write. It's about how well you read or write, regardless of if it's written differently.

It's not about being a player or a writer, it's about literacy not equaling post length inherently. (See the definition above.)

Edit: There's no argument to be had. It's just the definition of the word, and the word being used incorrectly and with bad context.
March 25, 2021 11:38pm

Rogue-Scribe
Mabila the Mad Poet wrote:
There's no argument to be had. It's just the definition of the word, and the word being used incorrectly and with bad context.
... so... no real point of this thread then.

There's a point, and that point is people on this site don't seem to understand literacy and use it incorrectly and in poor context.

Katia
At the end of the day, some people like long posts and other people like short posts, and guess what? That's perfectly fine. It just means that people who prefer shorter posts will probably do better with other people with that preference while the same is true for those who prefer longer posts. I myself am firmly in the latter group so I stick with like minded people so I can get my rp needs met. However there is nothing wrong about preferring shorter posts and for those who do, I wish them well in their roleplays.

Just let people rp according to their preferences and leave it be.

That being said, instead of writing literate, people should just write what they actually mean like if they want larger posts, write that they are looking for someone who writes multi-paragraph posts.
March 26, 2021 12:33am

Mabila the Mad Poet (played anonymously) Topic Starter
Ah, another paragraph that means absolutely nothing to the topic at hand.

It's that literacy does not equate to volume of writing. (But people keep acting like it does)

Although I agree with you Katia, I must admit.

It feels like people are only reading every other word backwards and then filling in the blanks themselves.
March 26, 2021 12:39am

Rogue-Scribe
Mabila the Mad Poet wrote:
Ah, another paragraph that means absolutely nothing to the topic at hand.

Maybe... just maybe... if you expressed yourself in a way to get directly to your point in your opener instead of fluffing it up with paragraphs of filler, people would actually get what you are trying to say. In other words, your opening post could have been much shorter and would have clearly gotten your point across.

Mabila the Mad Poet (played anonymously) Topic Starter
Except I do get to the point, actually if you read the post everything is explained in the first paragraph under the definition. It clearly states that "Literacy is not the volume by which you write but to write well and comprehend what is written. "

That is literally the first line in the first paragraph.

Everything else beyond that is to explain context and show examples of other writers and how it effects their writing. How with Stephen King, less is more. How with Lovecraft, too much is suffocating. How with Tolkien, an abundance can still be balanced with substance.

This is so everyone can easily understand exactly where i'm coming from with my perspective and understand the context behind the situation in explaining not only the what but also the how and why. This gives what I say a rigid structure and base so people can fully understand the idea. Even if it isn't entirely necessary, it still provides context, a base, and add to the conversation in some way.

What you're thinking of would be the word "Concise" which is something completely different.
March 26, 2021 1:55am

More isn't always better, often it's more. Ones writing quality is not indicative of how much superfluous fluff is written into the passage, if anything I think it may show the very opposite!
You were pretty ‘concise’ with your bold point there.

Anyway, all the initial fluff aside, let’s get back to the word you’re focused on and the definition you provided in your self-proclaimed ‘controversial opinion....

literacy - Competence or knowledge in a specified area

That would be the use of words and syntax and sentence structure to eloquently project the scene and setting in a roleplay story. This takes words. Very likely more than a sentence or two.

I’ll await your response before giving you a Bullwinkle sweatshirt...

Thanks for the thread.

It likely will take more than a sentence or two, or it might not. This is not the point.
No matter how many sentences are used, the addition of more sentience's doesn't make it more literate.

Even if you want to argue with the second definition "Competence or knowledge in a specific area" one can be competent and knowledgeable in writing. But this still doesn't inherently require a greater volume writing to be more literate. One could mention the use of more complicated vocabulary and literary devices is a show of greater literacy but this is also not the point.

The only true volume that comes with literacy is the intellectual volume of the individual. Even then this does not equate to literacy being equivocal to writing in greater volumes. The two things can exist separate from one another, and if literacy required these great volumes this would be impossible.

It is the ability to read or write, or the deep understanding of something.
Literacy does not mean writing more.
March 26, 2021 4:04am 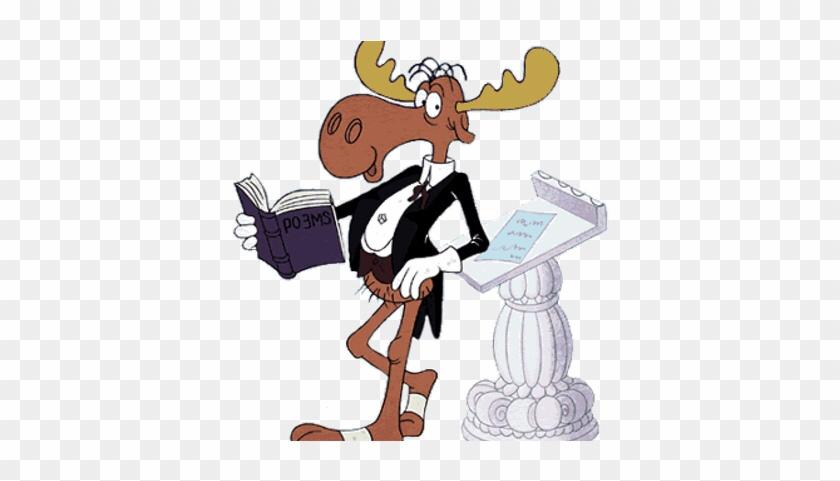 JetReigns
Katia wrote:
Just let people rp according to their preferences and leave it be.

That being said, instead of writing literate, people should just write what they actually mean like if they want larger posts, write that they are looking for someone who writes multi-paragraph posts.
Ditto this.

You are on: Forums » Smalltalk » Controversial opinion.