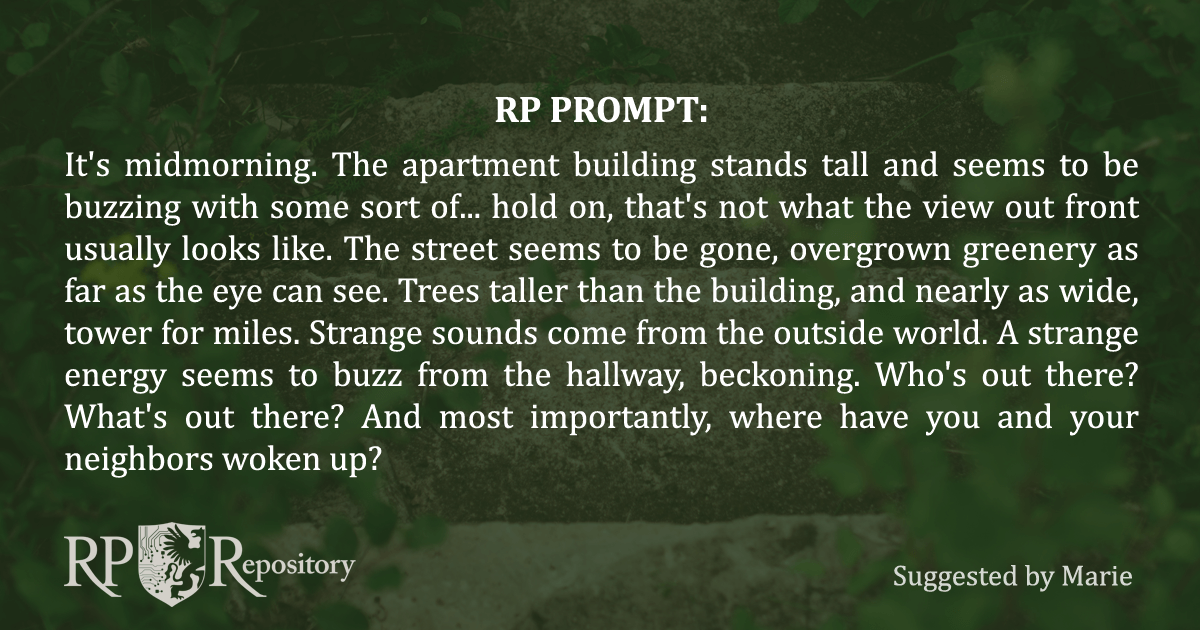 It's midmorning. The apartment building stands tall and seems to be buzzing with some sort of... hold on, that's not what the view out front usually looks like. The street seems to be gone, overgrown greenery as far as the eye can see. Trees taller than the building, and nearly as wide, tower for miles. Strange sounds come from the outside world. A strange energy seems to buzz from the hallway, beckoning. Who's out there? What's out there? And most importantly, where have you and your neighbors woken up?
-Suggested by Marie
Do you have a suggestion for a RP prompt or plot bunny you'd like to see featured in the news? Send it to Kim -- if it's picked, you'll receive credit for the idea.
Next: Awesome Events! » « Previous: Feature Spotlight: Epic Membership Subscriptions