Bots, Trolls and Cyborgs, OH MY!

This is the second in a series of three posts on media literacy and healthy social media habits. See the first, "The Truth is Out There," here.

When it comes to posting disinformation on social media, there are people out there who aren’t just making an occasional mistake; there are professional trolls who spread misinformation for a living.

Gone are the days when "trolling" just meant a kind of mean person looking to provoke negative reactions for a cheap laugh. At least 30 governments worldwide - including Russia, South Korea, Macedonia, Turkey, and the Philippines - keep standing armies of keyboard warriors, whose entire job is to spread propaganda, harass journalists and whistleblowers, and erode trust in the mainstream media (in order to make it harder to counter the disinformation they are trying to promote.) These are often referred to as "troll farms," or "troll factories," and they are a modern day plague on the internet - and on free society as a whole.

These professional trolls use a wide variety of tactics to spread their misinformation, such as:

Unlike the lone trolls who taunt and pick fights online, professional trolls go out looking to make friends. They attempt to make their target audiences trust them, like them, identify with them, believe in them. They want you on their side. They want you to feel like those little drops of misinformation you’re getting came from a friend who would not lie to you. In some ways, they are engaged in a form of interest-group cat fishing.
And professional trolls are good at it. So good that they have been found to have organized protests and sometimes even counter protests of the original protests that they create, where the participants who showed up didn’t even know that both events had been dreamed up by another country’s troll farms.

Why do they do this? Many different reasons, but often, the end goal is to create a feeling of disgust and demotivation in targeted country’s citizens, and to create a sort of chaos that makes the democratic process ever more difficult.

So what can you do? Here are a few things you can keep an eye out for:
None of these points alone mean that you’re dealing with a bot account or a professional troll, but more than one together raises the likelihood. Listen to your gut, and be cautious.

More information:
Remember, if you're wanting to discuss politics, we have a US politics group set up here. Please keep it off the public forums so that folks who are looking for escapism on the RPR can get it.
Next: It's Time to Trick or Treat the Forums! » « Previous: Friday RP Prompt

The link to the list of countries is behind a paywall, but I’m pretty sure the USA should be on any list of this sort.

The CIA has been interfering with elections and internal affairs of other nations with disinformation and financial support for factions that would further the U.S. cause since their inception, so it’s no surprise that the tables have been turned some these days.

It’s good to be aware and to check sources, drilling down a few layers into the deep cover before sharing ‘news’. Thanks for the information!

@MangoNekros Although it's doubtful we've got a lot of professional trolls in this community right now, I felt it was important to provide some information on this as none of us spend 100% of our online time only on the RPR.

@MangoNekros Some people have nothing to do, some use any site possible to advertise stuff like "Packing and moving company".

Why would trolls be snooping around a friendly roleplaying community?

Just so you are aware, that link at the top of the article that leads to The Telegraph requires an account there and a "free trial" of a subscription service to read.

@Kim Because every time something happens in U.S they blame Russia. I am aware that such trolls exist i mean they exist in pretty much every country. At this point i see all this as "The boy who cried wolf" so that's why i commented on it. On another note it's a good thing that people become more aware that not everything they see and read is true.

@Queen_Knight Why does that strike you as suspicious? Russia has one of the first and largest troll factory operations. From Spot the Troll's about:

Quote:
While fake accounts are created for a variety of reasons, the troll accounts and posts in this quiz have all been linked to Vladimir Putin’s troll factory, the Internet Research Agency, based in Saint Petersburg, Russia. Many foreign and domestic actors, however, have learned from the Russians and have begun to use some of their tactics. These include operations in Iran, China, and around the globe. Learning to understand Russian trolls will help you understand others.

I tried out this little test "to spot a troll" and each time "Troll" account was "Made in Russia" kinda looks fishy to me.

Is it mean that I feel weary whenever there is a user who just friends everyone for no apparent reason? 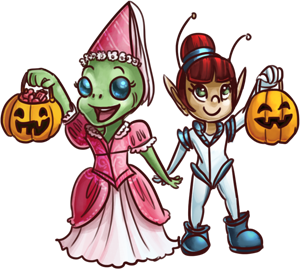