Forums » Forum Games » ☽ The End of Your Bed ☾

Pretty easy game, the character above you pops up at the end of your bed, what does your character do/say? Feel free to post reaction memes with your answers

Post as many times as you want, as whoever you want. Just no responding to yourself. Kay, GO!

Aelia (played anonymously)
Blinks blearily, "Did you need something? Is everything alright?"
August 16, 2019 2:06am 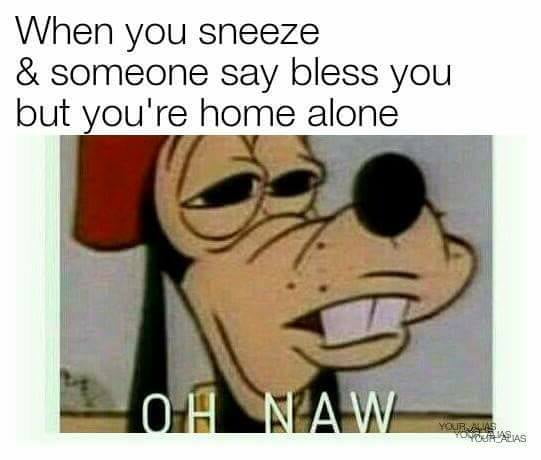 Maxwell (played by Lucretire)
The mage was not yet asleep, but working on his laptop as part of his usual late night finance crunches. Noticing the new face perched on his bed, an awkward moment of silence passed. He took off his reading glasses and reached for a nearby cloth, idly addressing the stranger on his sheets.

"...Look. Not that I mind a handsome man such as yourself in my bedroom every so often," he began with a strange unsurprised flatness in his tone, cleaning off the lenses and resettling them on his face before he continued, "But is there any reason you're in my bedroom right now?"
August 16, 2019 2:32am

Pietro (played anonymously)
"Errr...." he said, looking around a bit to try to get his bearings and try to judge the time of night despite the blackout curtains on his windows. With a thick Italian accent, he asked, "Did you not want to be in the bed with me?"
August 16, 2019 2:44am

Oren (played anonymously)
"Oh, um. Hello," Oren murmured softly. "How did you even....?" He then stared silently at her for a long, long time.

Merrin and Ryuuji (played anonymously)
"W-who are you?" The small female uttered quietly, half dazed but very much aware that someone she didn't know was in her bedroom. Her eyes glanced back and forth between the man and her cell phone once before making a slow reach for it. "I... I'll call the police if you don't leave... Okay?"
August 16, 2019 1:51pm

"I'm....not sure hoooooow in the worlds you got into my hotel room, buuuut you're skeeving me out big time. If you just go, then we'll just forget about it, alright?" he was already reaching for his cellphone to alert his body guard about the situation that was happening.
August 16, 2019 1:55pm

Peyton (played anonymously)
"Ummm, I must not remember letting you in, because there is NO way you broke in..." Pats the bed. "Come on, tell me how we know each other, I mean, I don't feel drunk but that doesn't mean much when you're drunk."
August 16, 2019 2:19pm

Kane D'Armoise (played by Nettle)
The lid of the coffin creaks open, two curiously green-red pinpricks of ghoulish light shine through that inky black like fiendish will-o-wisps. Then they vanish momentarily, only to appear again. A melodic, somewhat accented voice echos through the darkness of that bleak place. "You are quite lost aren't you?"
August 16, 2019 2:29pm

Herius (played anonymously)
He quickly lifted his head from the pillow, sniffing at the air before wrinkling up his nose in disgust. "Never cared for the undead," he murmured in a voice that was rough and thick with sleep. "I've got nothing of use for you or anything you'd like. So just go...Now."
August 17, 2019 1:51pm

Laney looks up from her tiny little bed and scrambles to flappy flap to the wall. "NO STEPPING! NO STEPPING! YOU BIG CLUMSY HUMAN! DO NOT BE STANDING SO CLOSE TO MY BEDING!!"

You are on: Forums » Forum Games » ☽ The End of Your Bed ☾