matthew ebonsword (played by matthew22)
this rp is (hopefully) going to last longer than most I am a part of or create... this one will take place during the skyrim civil war we will start in the bannered mare in whiterun (first person to join may start) rules: no trolls, be serious, and have fun!!!

Katrina of the Nightingales (played by Cherry_Red)
Katrina scratched her head slightly as she walked into the Bannered Mare. Looking around, she only came to buy some drinks and then go to her house. She smiled as she greeted most of the Bannered Mare regulars. She went to the desk, bought a few drinks and sat down by the fire "Katrina!" One of the children shouted her name and ran toward her.

She smiled and greeted the children "Katrina tell us one of your adventures since your back!" They yelled in glee.

Katrina chuckled as she nodded, all the children sat around her. "All, so, I was in the trial for the Prince Nocturnal to return to Skeleton Key." She pulled it out and showed it to them, they oohed and awed. "During the trial there are five stages. Each one has its own little riddle you have to solve. So, I was in the third trial ((My memory sucks so bare with me on this)) and it told me to stay out of the light, or I'd die. Well, turns out, staying in the shadows was the riddle, otherwise you'd get poisonous arrows shot out at you. So I hid in the shadows with my follower Lydia. Of course Lydia isn't the smartest follower and barely listens to you. She ended up getting shot at and almost died!" The children gasped, Lydia rolled her eyes as she leaned against one of the poles.

"But I saved her of course because she's like a sister to me. After the last two, I decided to keep the key since it came in handy sometimes. It was hard getting back, Lydia almost died again. And that's my story, now off to bed all of you." Katrina shooed them and smiled. She took a big chug of her drink. Someone sat next to her and she looked.
November 23, 2018 11:41am

Katrina of the Nightingales (played by Cherry_Red)
She stared at him with thin eyes, then stood up and began to walk out. Whoever this person was, he clearly was interested in killing her since he went for his dagger, either way, when people randomly came up to her and asked her that, which no one did, she just walked away unless she was stopped.

matthew ebonsword (played by matthew22)
*matt chuckled in a very sinister matter* poor sweet innocent child did you not think the brotherhood would catch up to you? it appears sithis is not to happy with you... so please choose your next move wisely...
November 23, 2018 3:07pm

Katrina of the Nightingales (played by Cherry_Red)
She turned and looked at him. Her brows furrowed together. "I'm part of the Brotherhood you moron! But I left years ago because I did my job. I did what was needed of me." She withdrew her sword "so I suggest you leave."
November 23, 2018 3:13pm

matthew ebonsword (played by matthew22)
*matt saw where this was going* fine so be it *he inhaled deeply and shouted* fus ro dah!!! *this pushed her to the ground and threw a bunch of objects off the tables at this point everyone had left* you ever faced a dovahkiin before ms. katrina?
November 23, 2018 3:15pm

Katrina of the Nightingales (played by Cherry_Red)
She quickly got back up "No, but you'll be pleased to find out, that I'm one too." She said the same shout back, making him fly back with twice as much force. There was an evil smirk on her face. She put some paralysis poison on her sword and arrows, the same kind Karliah used on her the first time they met. The thing was, she couldn't miss.
November 23, 2018 3:21pm

matthew ebonsword (played by matthew22)
*matt was shocked but laughed* finally a worthy opponent but I'm afraid I must go *he used his whirlwind sprint shout to exit the tavern and ran out the front gates* ha you fool!! *he hopped on his horse and rode to solitude*
November 23, 2018 3:32pm

Katrina of the Nightingales (played by Cherry_Red)
"Coward." She said softly, and went back to her home. She needed to leave and go somewhere else. She knew exactly what she had to do.
November 23, 2018 3:53pm

matthew ebonsword (played by matthew22)
*matt later that night returned to whiterun with a group of 5 assassins when they arrived they looked into the city from atop the gate* matt:now we wait...
November 23, 2018 4:02pm

Katrina of the Nightingales (played by Cherry_Red)
Luckily, she had ties inside, and she had already left. She let Lydia live there to make it look like she lived there. But she was on her way out of Skyrim, she smiled, knowing they would be there. Lydia was a talented fighter, she wouldn't let pity assassins kill her.
November 23, 2018 4:15pm

Tyler Iradyum (played by Deltashad0ws)
They had told him stories of a world were his kind were still seen as monsters. The dragons of these lands were far from civil. They were rare and ancient beasts hellbent on destruction and murder. A world possibly more chaotic than his own home of hellafyno, that’s why Tyler arrived. He knew he would need to blend in somehow, wearing clothes from another realm and another time would draw unnecessary attention as he roamed Tamriel. He didn’t want to get involved in this place too much yet, he was more dangerous than any dragon, possibly worse than the daedric gods, but he did not want to erupt a war.

Tyler had a few run ins with bandit’s on his way to the nearest city, but they had learned fear and respect for him quicker than anyone else they had faced. Word got around quick and rumors spread in whiterun that a single man leveled the entire bandit cliff encampment outside of white run. If any went to check they would find that the entire cliff had crumbled down onto the pathway, making travelers take an alternate path.

‘Last time those bastards shoot an arrow at me while I’m walking’ thought the man to himself as he stepped into the Bannered Mare. The man was tall, nearly seven foot and wrapped in an armor unfarmiliar to the realm. He wore a black hood instead of a helmet and the rest of his form was covered by a jagged black scale-like armor. He removed his hood upon entering the building, any onlookers would see the man underneath. He had blazing orange eyes and medium length black hair that veiled his left cheek, hanging past his jaw, the side and back of his head cut short. He didn’t seem outwardly hostile at all suprisingly, he didn’t carry any weapon and he moved to the bar in a relaxed manor, speaking in a soft and smooth voice.

“Do you have any mead here my friend, travels have made me quite thirsty.” He said with a kind smile, a smile that showed a row of interlocking fang-like teeth. He had moved past the assassins when he entered, saying nothing, making no motion to make them think he knew of their presence. What they wanted wasn’t his business.
November 25, 2018 11:28pm

Kosma (played anonymously)
Zilla had ties the the dark brotherhood. But did not enjoy being part of it. She had friends outside the brotherhood she enjoyed. But since her parents where there well...let’s just are important people. She was by no means your average person. Very few knew how important she was. But she kept it that way at least for now. She thought all of this while walking to her shop. Sh3 enjoyed herself a little to much at her shop. 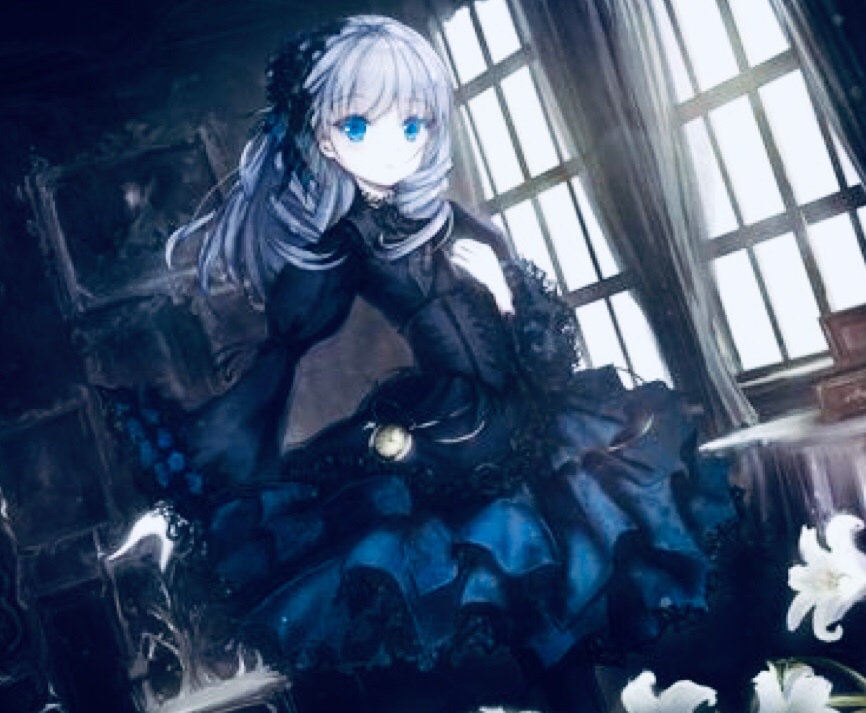 Kosma (played anonymously)
( at a cavern nearby. She suppose to be a listener but refuses to do it. Not wanting to be part of the dark brotherhood. Nobody knows yet..)
November 30, 2018 4:35pm
Unknown user
"Don't be afraid, let me help." A beautiful voice says behind Kosma in a bright light casting from this female figure, but this light seems to not be showing on the walls in the cavern. "It's okay, they won't hear you."
November 30, 2018 4:43pm

Kosma (played anonymously)
"who are you?" her voice low and gothic. " I do not need help." she walked out of the building. she could not afford to stay in one place to long. she sighed and soon was back on the road.
November 30, 2018 4:53pm
Unknown user
As Kosma leaves the building the female figure is already outside in the same light as before no light or shadow casting on the ground. "You seem worried. Why?"
November 30, 2018 4:55pm

Kosma (played anonymously)
" im not scared. I just don't like staying in one place. tell me who are you if you value your life"

You are on: Forums » Fantasy Roleplay » the land of skyrim (open)