Forums » Art & Creativity » Draw the character above (Digital art only)

MercyInReach
I remember seeing a thread with the same premise but it's very old and pretty much inactive so I figured I'd start another one.

Etiquette is, post with your character you want drawn and to say you are drawing the character above. When you have drawn that character, edit your post with "I have drawn them" and put the image in under a cut, or just the link to keep from cluttering.

If someone has not drawn the most recent character, and you don't want to, but you want your character drawn, you're going to have to wait until someone draws the recent, and posts a character that you do want to draw.

No limit to how many times you post. As long as you're drawing other peoples characters, then post away with your own as well.


Note: Remember these are not commissions, and the person will be drawing your character based on their profile and their perspective of them and not back to back conversation about needed changes like with a commission.

Claine
Alright I'll get this thread rolling. (I'll probably claim whoever claims me)
Please draw either West or Sparrow
April 20, 2019 9:41am

MercyInReach
I'll draw Sparrow cause I love them orcish ladies 😍

DarkCrow
Bunny wrote:
(Wait, you guys just claimed each other so... Who are we suppose to claim?)

Throwing up West again and this time Barame!

DarkCrow
-snaps fingers-
Dangit, I told myself I wouldn't play until I had less stuff to do, but I've already drawn Lexi and I have an extreme desire to draw her again, so... Claiming LightSide!

MercyInReach
I will do Cameron! ...or Azrael actually... I dunno! I'll decide when I open my sketchbook hahah.

DarkCrow
Thank you Mercy!! Her dress is so pretty <33
Alright, I can't help myself; Claming Petrovalyc

EDIT: I would die for any character with dreads tbh

I'm offering my dubious shaman naga Sachi who's decked out in jewelry of teeth and bones, and Doctor Weirr.

I can give a better visual description of Sachi in PM than what you can find on his profile. I just haven't had the time to fill out his profile properly in an aesthetically pleasing way.
April 23, 2019 12:34pm

MercyInReach
Omg I am claiming the spook!!!

Here's Sachi! I will send another one that has bone jewelry if I can manage bones!


for mercy: if you want a bigger res, just DM me. 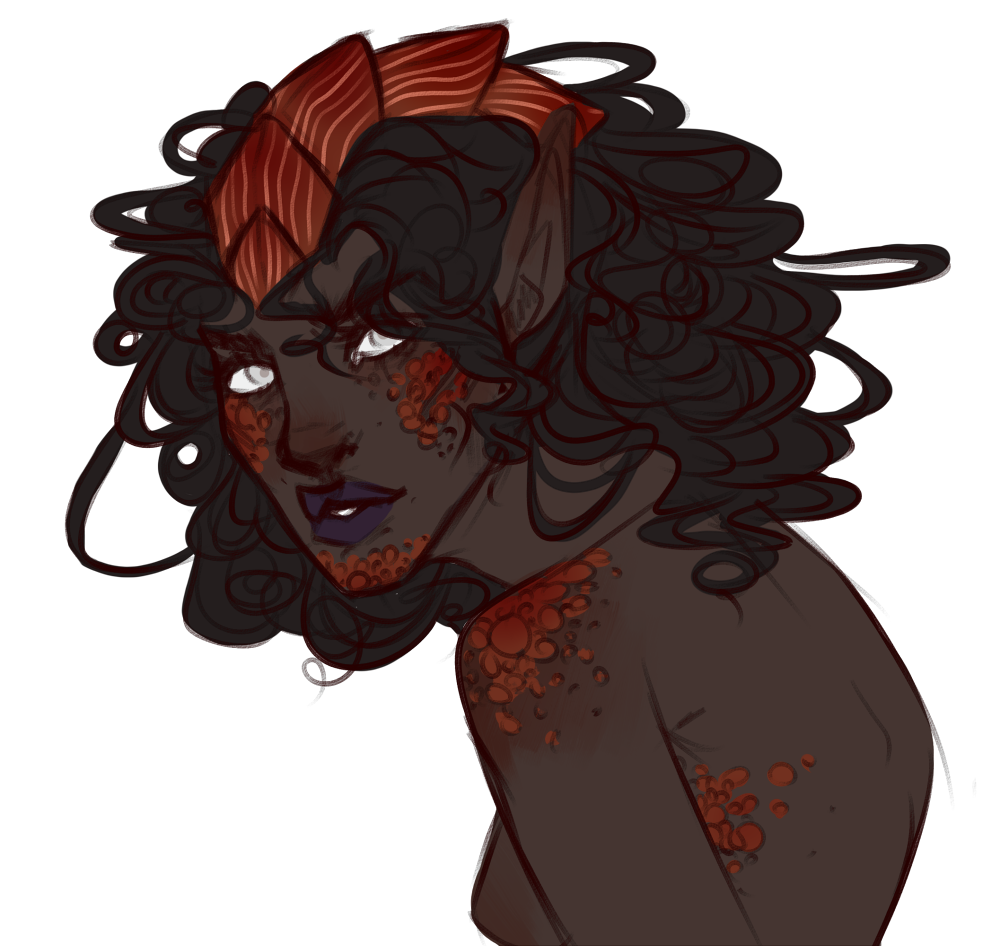 DarkCrow
How dare you offer up Venus, how dare you tempt me with buff women with mohawks HOW DARE YOU
Claiming nineforalostgod though this piece might take me a bit longer.

EDIT: I love her tho

Throwing up the bois West and Adael!

Oikastache
I suppose I'll take Adael, but as a warning, I'm awful at drawing guys.

I'll offer my characters Hunie, or Karo, or Lilith. Sorry about the basic designs, I'm still adding a lot of my existing OCs, and I happened to add those few first.

Putting up Mackie and Dave again I think.

(Sidenote; is it cool if I draw without officially claiming first like I've been doing? The possibility of someone else claiming before I can finish is a risk I'm willing to take if it means I can pander to my commitment issues.)
April 24, 2019 5:40pm

MercyInReach
((
Petrovalyc wrote:
(Sidenote; is it cool if I draw without officially claiming first like I've been doing? The possibility of someone else claiming before I can finish is a risk I'm willing to take if it means I can pander to my commitment issues.)

((it's definitely for your best interest that you claim first, but as long as you're not going to be upset or anything if someone claims before you've posted, then it's fine. As long as you're aware it's fine.))))
April 28, 2019 8:35am

Putting up Guren and Mitsuki !

Will put up the finished drawing in this post later ^^ 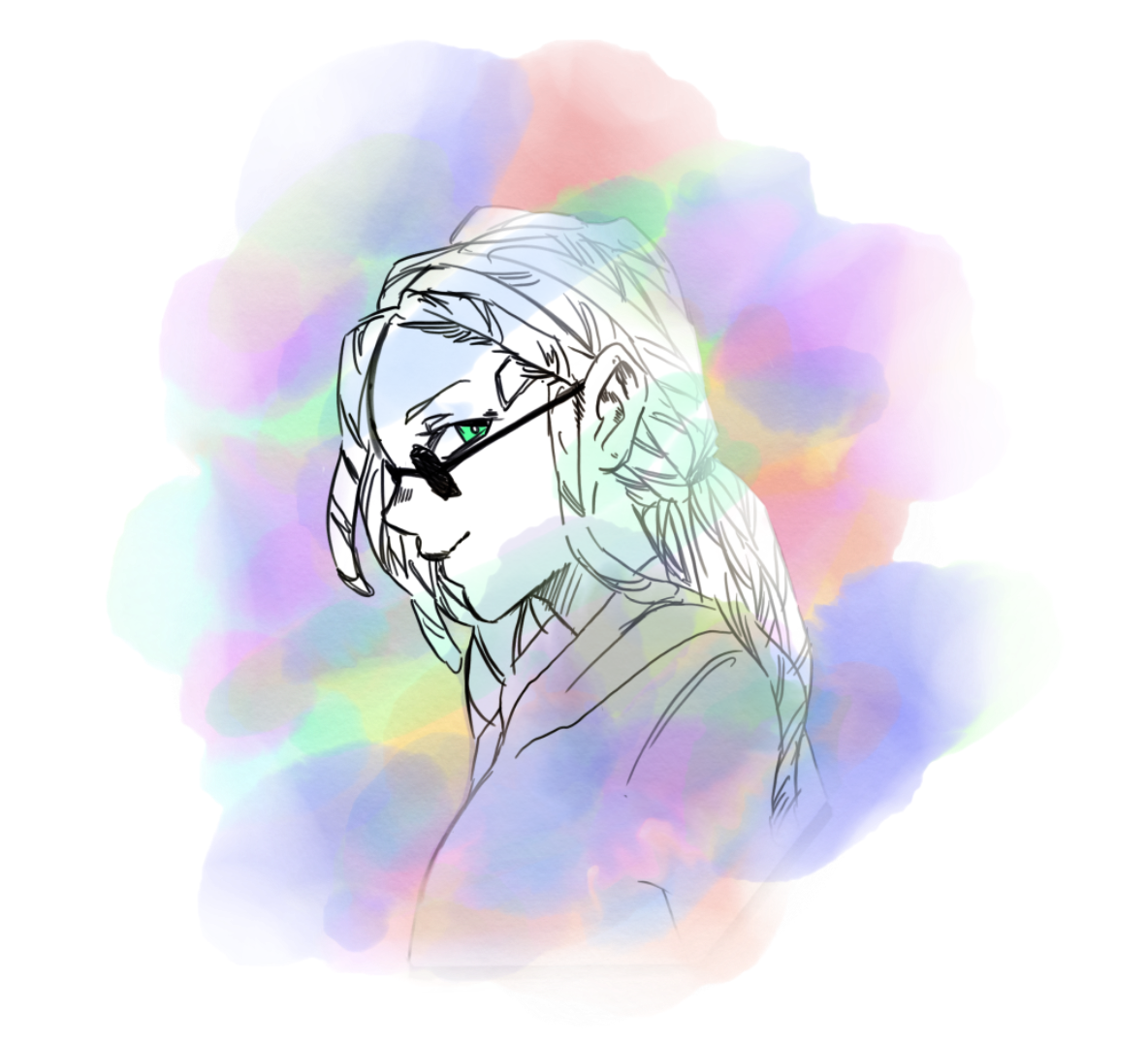 You are on: Forums » Art & Creativity » Draw the character above (Digital art only)