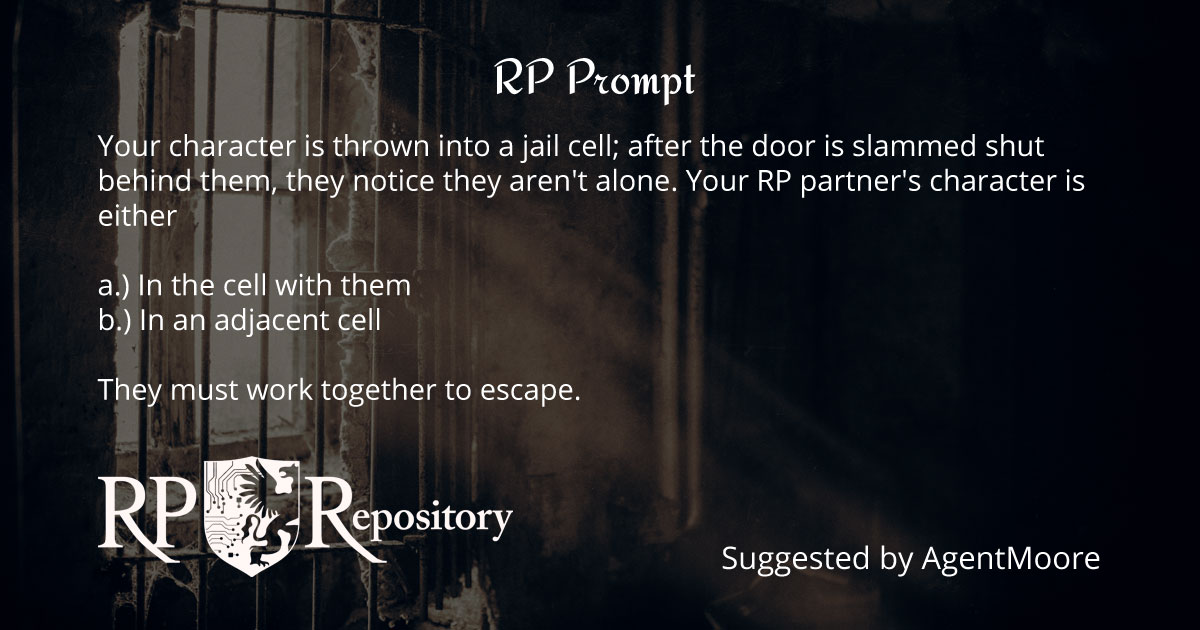 Your character is thrown into a jail cell; after the door is slammed shut behind them, they notice they aren't alone. Your RP partner's character is either

a.) In the cell with them
b.) In an adjacent cell

They must work together to escape.

-Suggested by AgentMoore
Do you have a suggestion for a RP prompt or plot bunny you'd like to see featured in the news? Send it to Kim -- if it's picked, you'll receive credit for the idea.

MissLumina I would love to!

How interesting, might come out of hiding for this

I was actually thinking of an idea to put this into one of my events.
I see someone is already interested…she knows who she is, puu~