DeadMenTellNoTales
I started roleplaying on an older horse sim that I doubt many people know about. I wondered who my first character was.

Well. This is him:

Powers- levitation, can become invisible for short periods of time but that usually gets him into trouble

So I made this character almost 4 years ago, and I think you can tell xD

I looked further to see if I could find a more drawn-out character and found this guy. Amaranth. I literally almost started crying when I saw him, I remember writing his backstory. And on another site, I created a character named Amaranth who was blind, but I couldn't remember why I was so drawn to the name.... now I do. 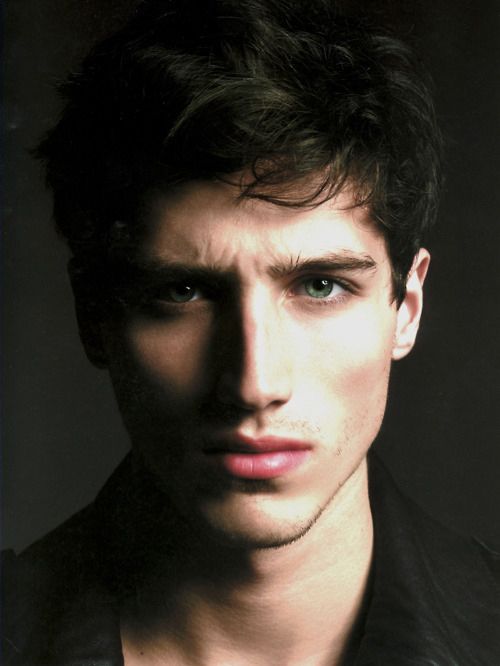 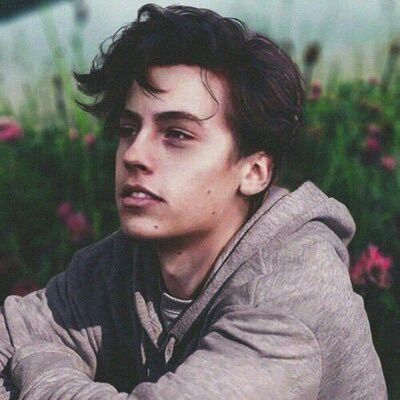 Name: Amaranth Lilac (Amar)
Age: 17
Gender: Male
About: Amaranth is rather short for his age, only standing about 5'2. His pale skin is a sharp contrast to his naturally dark black hair. He wears either a dark blue T-shirt, or a black one with dark gray sweatpants. He often wears red socks with his black sneakers. His walking stick/cane is a crimson red. He has dark circles under his eyes due to how little he sleeps, but sometimes puts makeup under his dark green eyes to cover them. To most people, Amar is a quiet yet nice person. To his sister, he is her whole world. Amaranth is rather blunt, often he will not hesitate to speak what he thinks. He does not trust easy, partly because of his past and partly because of being blind. He isn't too goofy or playful around a lot of people, but he is around his sister. Amar cares deeply for her, and would do anything to protect his sister, Sadie. Amar is patient around Sadie, and will let her do things like braid his hair or even paint his nails for her amusement. He's jumpy around other people, and hates when people sneak up on him. He will not hesitate to whack someone with his cane/walking stick if they sneak up on him. Him and Sadie lived relatively normal lives, up until Amar's 11th birthday. Sadie was a young 1 year old, who often got into trouble. On that day, their mother had picked up their father from a bar, and he was drunk. Sadie kept making annoying yet cute little noises in the back of the car, where Amar was sitting. Their father, a rather violent man, had had enough. He started screaming at their mother to make the baby be quiet. When their mother said she couldn't, their father yanked their mother's hands off the steering wheel and continued to yell at her. The car swerved, and before their mom could slam on the brakes, their car crashed into a tree. Their mother and father were killed. The siblings made it out alive, Amar's only injury was that he had been blinded, Sadie only was mildly scathed. Amar doesn't sleep too often now, and drinks tons of coffee to keep himself awake. His biggest fear is that if he sleeps, when he wakes up his sister will be dead.
Romantic Interests None yet:
Status: Single (He's Homosexual)

So, what character(s) are your first? Or are just nostalgic?

Tugboattom
my first character would be Tobias Clark ( although he was done for an off brand version of dnd based on My Hero Academia) he was a blue haired 13 year old charming person. he could conjure illusions that would not only be visible but auditory and smellable. and he could also turn his illusions real once every 8 hours if he desired, but it drained him of energy. this name has become one of my favorites.
April 5, 2020 10:43am

WinterBlackDraoi
The very first character I role played was a young cleric with blond hair, brown eyes and a goofy expression upon his face. He kept setting off all the traps, couldn't hit the side of a barn with a mace and got all the lousy dice rolls. Look what it made me into...I have no sympathy for the stupid, especially goody goody stupid.
April 6, 2020 6:12am

Tugboattom
I agree. goody goody stupid characters are the worst, I hate dming for people that play stupid dwarf barbarians. The worst part is when you ask them to take things seriously and so they make a nudist gnome barbarian instead.😡
April 6, 2020 12:24pm

Halasian (played by Rogue-Scribe)
That would be Halasian here. Created in 2000 for the Middle Earth RP ‘Shadow Over Arnor’ on The One Ring. Damn... that was twenty years ago!
April 8, 2020 1:50pm

Kano (played anonymously)
It's a bit difficult to say, since he has gone through an ungodly amount of revamps that he barely resembles the original idea anymore.

But I think it is this character, Kano.

I believe I had made him...roughly 7 years-ish ago? Might not seem so long ago for some people but considering that I am only 18 still, that's pretty long for me.

I don't even know what inspired me at first, but it was definitely anime- some cool unflappable male character from one of my many childhood favourite shoujo animes probably. Wouldn't be surprised if it was Ryo or Pie from Tokyo Mew Mew lol, who knows.
April 8, 2020 1:57pm

LakotaSiouxWarrior
Aylssa Nicole Kennedy. She gets dates and marriage proposals all The Time. She Has many changes incarinations now she's prefect. She has had 30+ weddings.
April 8, 2020 2:29pm

Cailiawen (played by Deumeawyn)
Cailiawen here is my oldest character I still rp with. Created in 2007 for an rp called Mists of Rhuadur, she has been developing ever since.

An older character was Deumeawyn who was a Rohirrim maiden. She was my 2nd ever character and I quit rping with her in 2005 when the deep story came to an abrupt end. I used the name for my online accounts ever since becsuse I had the name in my email address.
April 8, 2020 8:19pm

Lucidus
Kano wrote:
I don't even know what inspired me at first, but it was definitely anime- some cool unflappable male character from one of my many childhood favourite shoujo animes probably. Wouldn't be surprised if it was Ryo or Pie from Tokyo Mew Mew lol, who knows.
Was Kishu/Quiche a little too grabby? lol
Dude they just announced they're making a new Mew Mew anime set for 2021 or later. I thought those cool guys types were so cool I wanted to be just like them and not so much the girls chasing after them.

My oldest character ever must be downright primordial; ever since I was given stuffed animals as a child I gave them personalities and elaborate backstories so actual characters must have followed shortly after. There's no way I can remember who my first character was, actually I think I remember being about 9 or 10 and realising I forgot about them because I made up so many "over the years". You know what, I'll guess and say it was probably a Digimon character. Let's just say when they announced Digimon Tri and revealed the new character it was like Christmas for me, lmao too bad nobody likes her, I'm still so disappointed

My current roster of made up people are all from 2013 onwards. This post-2012 era came after a slow, creative decline after a lot of bad things happening that year which really burnt me out and made me withdraw from roleplaying. I suddenly had all these characters who didn't have anything to do any more, I realised I didn't really like them either and so they were all let go. Still couldn't shake the habit of making OCs though, so bits and pieces coalesced into the character I now consider my "oldest" since 2013 - he even has a profile here though it's anonymous. Back then he was basically a male Rei Ayanami with an appropriately white haired anime boy appearance and the friends I made for him were also Evangelion-based characters. They floated around in my head for years, keeping me company until the end of school and well into my first job. I eventually became tired of having them as fan characters because it felt like a crutch, limiting what I could do, so with some inspiration from another anime with themes about making your own fate, I felt compelled to tell a story that was completely my own and so they became totally original.

So yeah, my oldest is a super secret anonymous profile here and is technically from around 2013 but his current self and his accompanying cast as they exist now have significantly changed since 2018 when I gave them a huge overhaul.
April 9, 2020 12:39pm

Shiawasena Hikari (played anonymously)
My oldest and actually my first character here in RPR is Hikari. ^^ But if it's outside RPR, it would be Ryya.
She's not that special. I mean, she's just an ordinary human with brunette hair and purple eyes.
April 9, 2020 7:13pm

Vermillion (played by ForeverDreamer)
My character, Vermillion, is normally my oldest character out of my roster (As well as my go-to main). My second oldest would then be Jonathan as he would be also my second most used character I would propose in RP's. Of course both their ages are adjustable to suit my RP partner's needs, but normally they would be around 23-30 years of age.
April 9, 2020 7:18pm

Nightmare (played by TheNightmareSavage)
My oldest character that I've made is probably Bionic, but my oldest online character is Nightmare here.
April 10, 2020 11:14am

Sara White (played anonymously)
This is my first character from many years ago
April 10, 2020 3:17pm

Phoenixheart Hiro (played by Gab)
Ahhhh, old characters. Well, this lovely lady is my oldest! She had actually started out as a persona of mine on another site, but kinda developed into her own character once I got here haha. She's also the character with the most development! She's very near and dear to my heart

ClandestineCat
My oldest one is Solstice, made him back in 2009. Went through different transitions and currently working on a revised version of him.

You are on: Forums » RP Discussion » Whose your oldest character?