Kim Site Admin
Let's kick off pride month with a parade! Please post with your (work safe) LGBTQIA+ character profiles here, so we can all admire them!

Don't have such a character? Feel free to post your OOC cheers and encouragement.

Ember Kamura (played by Ember_Wolf)
I have quite a few characters for this, primarily Ember Kamura right here. Although he's an alien supersoldier, he is technically LGBTQ and is primarily bisexual! I have quite a lot of work put into him as well!
June 1, 2020 12:37pm

Magnus Mortlock (played by Heimdall)
I have lots of queer characters, but the one that I think surprises people the most is Magnus, my "ace trainer!" 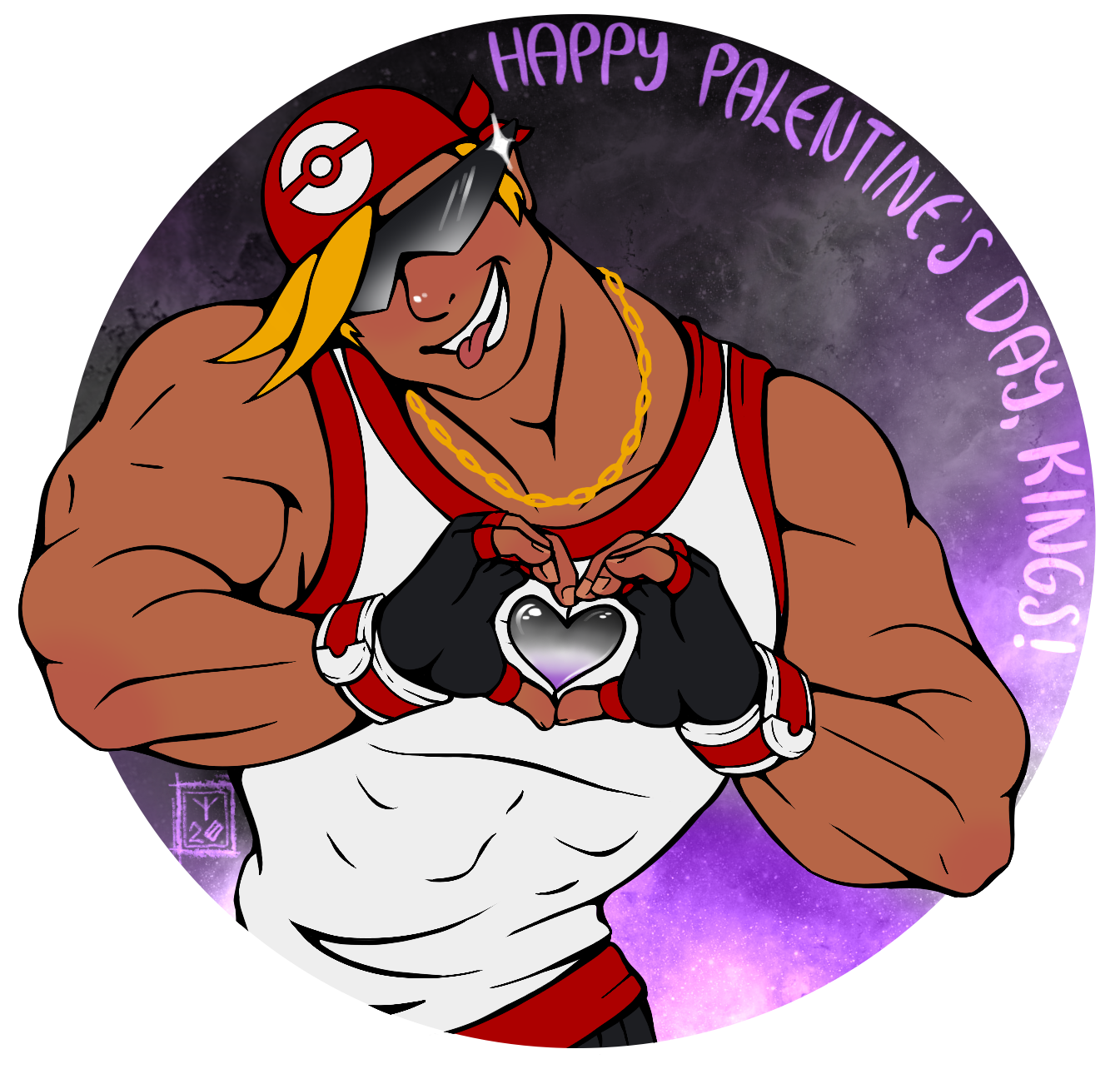 MercyInReach
AHHHHHH. Almost all of my characters are LGBTQ+ in some way or another, I'd have to post them all! Haha!

Instead I'll pick a few and why I adore them, and share art of them with their partners if they have it.

Cupid
~~
Cupid is nonbinary and bisexual. I adore them because I got the idea during black history month after Valentines day while I was thinking about 'who would cupid be' and that there isn't often diverse rep of Cupid. So I create a Cupid of my own.

Frankie
~~
Frankie is in general gendernonconforming. She's bisexual and demiromantic. I don't get a lot of play with her but I adore her. She's badass!

Keith
~~
Keith is an absolute joy of a character. He's a demiboy. He's demisexual and biromantic. He is the definition of 'follow your heart' and 'anxious'. His relationship with his boyfriend Oscar is literally my bread and butter.

Joon
~~
Joon is the absolute sweetest bean ever. He's bisexual. He's very important to me as someone who deals with disability myself as he is disabled and uses a wheel chair a lot of the time.

Moon. I am obsessed with writing Moon-bak lately! He's a absolutely lovely intense brooding bisexual man and I adore writing him and his boy Taemin. They are...the best thing ever. I cannot get enough.

Mi-hee
~~
Mi is so incredibly sweet, kind and caring and I adore writing her. She's bisexual, though potentially demisexual. I freaking love writing her and her amazing loveydovey love Mirai (who is also bi)

Woooooooo! Okay I'll be here all day if I don't stop now. Just scroll through my character list on my page, they're all queer lmao.
June 1, 2020 1:23pm

Princey is pansexual, but he leans more towards males.

Kage is nonbinary, since they don't understand the concept of genders ( They're not around human life too much ).

This rogue has questioned herself before, but never gave it too much thought. She's not one for too much romance, but when the time comes, she definitely is uneasy about it.

And, last but not least, Phee is in questioning.

And I think that's it!

Blaise Fabron (played by milktea_dollie)
All of my charas are LGBTQ in some way shape or form, but Blaise is one of my favorites even though I've never used this lesbian princess before-- by the way, she says she loves you all!
June 1, 2020 1:43pm

Gab
I have quite a few LGBT+ characters, but my three favorites (can't choose just one 'cause they come as a trio haha) are Cameron (an aspiring photographer) who's crushing on her friend Norri (an aspiring tattoo artist) but is pretending to date Norri's twin brother, Jasper so her parents don't suspect she's crushing on Norri (since they don't approve of same sex relationships)

Cameron is a lesbian

and Jasper is asexual

I love them so much

Sunflower
my oldest character, Bluebell is pansexual! she’s australian and loves marshmallows - and she’s definitely the type to wear pride pins and allow her friends to rarely make a joke or two about her being attracted to a kitchen utensil

Maria is a closeted bisexual; she doesn’t really want to come out because she doesn’t think it’s other people’s business who she wants to sleep with. she’s a great cook and not as scary as she seems
June 1, 2020 2:03pm

GarnaalProductions
AHHHHH this thread is one big ol' eye-candy, great to see these LGBTQ+ badasses all lined up!

So eh, I myself have quite the bunch of non-cishet characters as well, lemme see if I can list some for y'all!

To be fair with y'all, I probably have a lot more that I've forgotten about now but let's just say my cast in general is pretty rainbowey.

Anyway, happy Pride Month to all of y'all!

Yanorae (played by Yersinia)
All of my characters are LGBTQIA+ in some capacity, but here's my family-friendly dragon knight!
June 1, 2020 3:49pm

Pstachio
Pretty much 99% of my OC's are part of the LGBT+ spectrum is some shape or form. Here are my three favorites!

Cleo
~~~
Cleo's a hardcore Lesbian, and has had a couple flings here and there before she entered in a serious relationship. But after having been bitten and turned into a Werewolf, she has been actively searching for a cure due to a traumatizing incident — said incident putting an immediate halt in her dating life. Afterwards, she shuts out any who try to come near her, and deals with self-loathing and depression.

Sergey
~~~
Sergey is a closet Homosexual, ashamed and embarrassed of his sexuality. He hides his feelings by sleeping with women and drinking booze, but he secretly craves a man to love — he's a romantic at heart. He always feels a need to put an emphasis on his masculinity for fear of other's somehow finding out about his orientation. Personality-wise, he's an arrogant asshole with a heart of gold.

Arthur
~~~
Arthur's Pansexual — liking other's based solely on their personality. He's had a few crushes here and there, but has never been in a relationship. He's an awkward young boy, but he's not really interested in the dating scene — at least, not at the moment as he struggles with self-esteem issues.
June 1, 2020 4:16pm

Malachite
As a queer asexual person myself, let me just say that this thread makes my heart do a smiley face! I have multiple queer characters on RPR, but they've almost all got a violence/gore warning on their profiles, so I won't link them here, but I will mention which ones in case people want to take a look.

Ghaurug is a gay Elder Scrolls orc (I'm currently writing a fanfiction that explores one of his many relationships gone wrong, though it's not posted anywhere yet), Kai is a lesbian vampire from the early 20th century, and Cchaaneh is an alien whose entire species probably counts as queer by human standards, as their society doesn't have a native concept of gender and most of them prefer to be referred to as genderless/agender when among gender-having species, and they generally don't distinguish between genders when it comes to attraction to people who have a gender as a result of them not really having a similar concept in their own culture.

Honorable mention goes to Relic, who is a character I've kind of lost all inspiration for, though I'm keeping them up here in case I find such inspiration again. Relic is a robot, or rather a hive-minded swarm of sapient nanobots, who identifies as agender.

Of course, I have many more characters that aren't on RPR, and a majority of them are queer in some way. I've been thinking about throwing up profiles for some of them here, but since I've been on hiatus for so long and don't know when I'll be able to return, I'm not sure if I should.
June 1, 2020 6:20pm

TheUkrainianBean
Due to the fact that this character is HEAVILY based off of myself, I present to you, the bi Ukrainian boi himself;
Ruslan Ernst Schafer!!!!

(Drawn by Petrovalyc)
This man is my pride and joy and though I've had countless "main characters" who are supposed to resemble who I am, I've never held a deep connection to them as much as I do for this guy

(hence why he's the only OC character I currently have up

Saundra Nicoleson (played anonymously)
Saundra here has denied her bisexual nature for many years, even getting married to a guy. But the rock and roll lifestyle and the infidelity on both sides of the marriage led eventually to its downfall. She learned to embrace her bisexuality more and more and she finally came out as bisexual in a recent interview in Rolling Stone magazine.
June 1, 2020 7:56pm

InsaneShadow
I have a couple LGBTQ+, and by that I mean most of them are Bi except for like one.

I have on my profile:

Jacquelynn, who is bi and prefers to spend time with women rather than men.
Rylee, who is pansexual and prefers Cecaelia, Human Men, and Weresharks (at least at the moment)

and not on my profile (but in a folder on my desktop waiting to come back) I have:
Jaxon, who is Gay
and
Ameara, who is Asexual

AJ_89
Oops, I've got a lot. The better question is "who isn't". We'll see if these images are too large... I mark most of my profiles, but it's mostly just a safety-measure on the offchance I include some gory description in a journal entry, or a bloody image. Keeping things short for now, since MOST of my characters are on anon. But my mains:

My nonbinary (they/them) cyberneticist, asexual, amoral, and a little (read: very) batty. Hobbies include: disassembling and reassembling friends. Sassy, snarky, and not quite a super villain (yet). 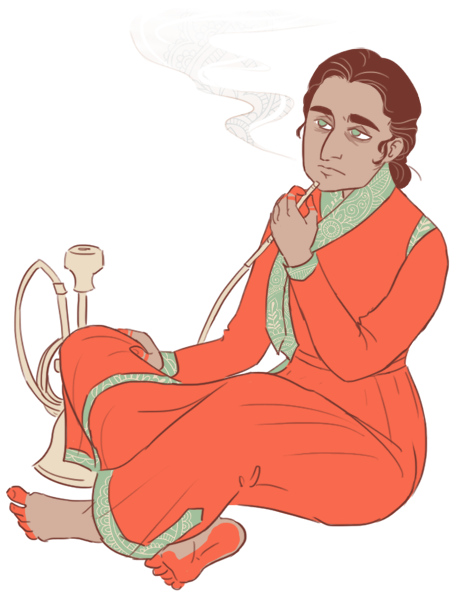 Their 'fantasy' incarnation, a too-serious hookah-smoking ayurvedic physician, dabbling in necromancy. Nameless, and still sort of coming to terms with their identity.
June 1, 2020 10:20pm

Zelphyr
Hrm. I'm still not exactly open to RP yet, but I would still like to show off some characters...

Lessee, skipping over those who I count as inherently LGBTQIA+ by nature (like, my blob that's agender... because it's a blob), along with those it just hasn't come up with yet, we've got...

Asher Harbrook, a polite mess of a magic scientist who's a pancake. Erm, that is, he's panromantic asexual.

Shanique is and aroace contortionist and sort of everyone's mom.

Laluli is demisexual and demiromantic, and and absolute sweetheart who likes to dance around in storms.

Alabastra is a princess who happens to be albino. Her orientation is listed as "complicated" because, well... it is. I'm still not 100% sure, but I think she's a mismatched heterosexual homoromantic. Admittedly, in her specific case, it is being affected by some unhealthy associations and repression, but I'm not really sure how much or necessarily in what way.

I've been clearing out some characters recently, and I know there was a closeted gay guy and another guy who was panromantic demisexual. I also have a bisexual girl I never made a profile for, but she was still pretty in denial about it. For gender stuff, I tend to go with beings it can be just, like, the norm for, since, well... kinda my fantasy?

But I know some folks are tired of non-human queer characters, especially for a-spec and nonbinary stuff. And yeah, I tend toward a-spec a lot more than other orientations because, being ace and aroflux myself, I don't really know what I'm talking about for experiencing sexual attraction and understanding romance is hard. x.x
June 2, 2020 6:24am

InquisitorCat
Ahh I love this. I want to make more LGBTQ+ characters in the future (I wish developing characters wasnt so difficult >> )

This is Osirus. He is gay and loves his boyfriend very very much. 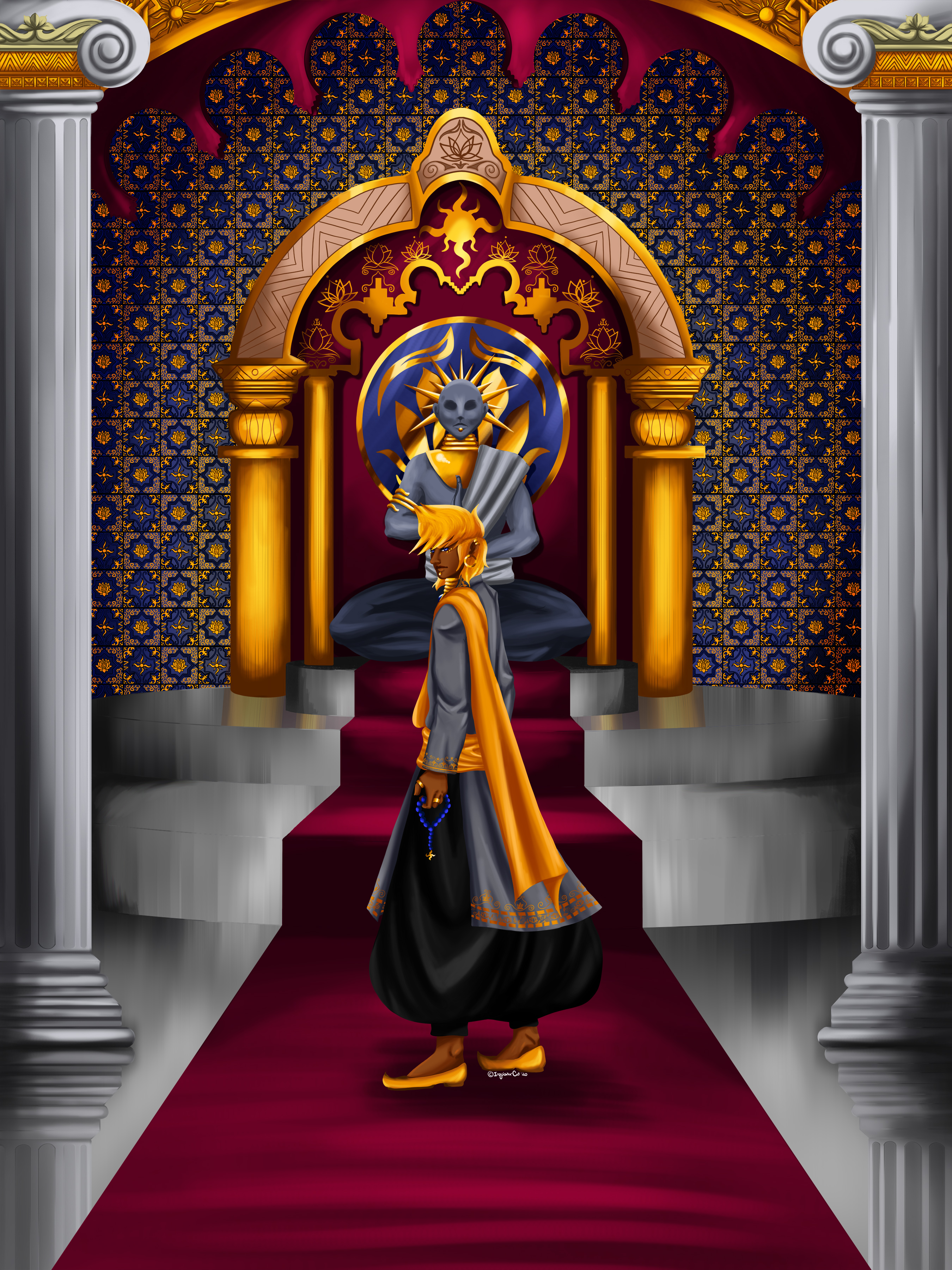 This is Eruthia! She is pansexual c: 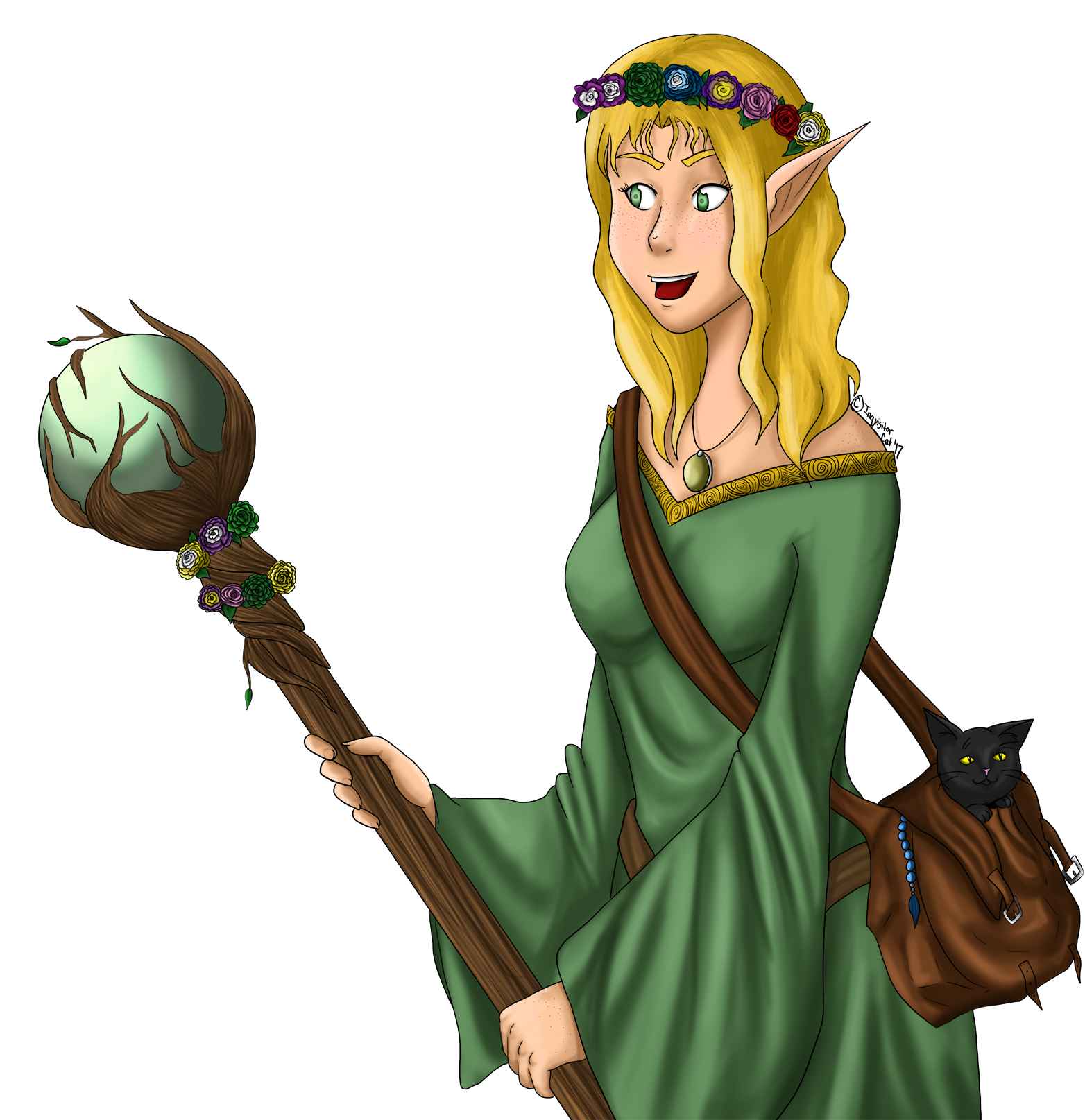 You are on: Forums » RP Discussion » Characters on Parade: LGBTQIA+