JetStorm
*Breathes life back into this fun game*

Rinny_Howler
My picture came from a love of anime, and my actual "Rin" character's eye color when controlled! The blue is for my favorite color.
January 10, 2021 2:02pm

Rogue-Scribe
My current pic is of pen, ink, parchment, and key to go along with my current username of Rogue Scribe. I an an annalist and historian of stories, people, and events and think they should be unlocked, recorded, preserved and told.
January 11, 2021 5:40pm

Trevor Scott (played by AgentMilkshake)
Trevor is part of a game I rebooted from 2007 and I needed to update his look. I wanted someone that could pass as both a musician and a mechanic in high school in the early 80s, so I went with Jason David Frank from his early years on Power Rangers, around the time he was the green and white rangers on MMPRs.
January 11, 2021 6:02pm

Phineas Phreak (played anonymously)
The profile pic I'm using is of Phineas Freak of Gilbert Shelton's late 1960's Fabulous Furry Freak Brothers comic fame. He, along with his housemates Freewhelling Franklin and Fat Freddy, and an orange tabby tomcat simply called 'Fat Freddy's Cat' were a popular underground comic series on through the 70's, and sort of made appearances now and then through the 80's and 90's when Gilbert Shelton felt like writing another comic. Intrestingly, after ten years at an attempt at a claymation series, the Freak Brothers will be debuting an animated series this year. I have some reservations about it but will give it a watch.

I resurrected my character Phineas Phreak from my archives after the AMA with Agent Milkshake and the discussions on phone phreaking of the 60's and 70's. Phineas is a bit if aan anarchist and revolutionary in the parameters of the 60's & 70's with involvement with various underground entities of the day. He likely wouldn't have made an appearance here without that whole discussion tweaking some long dormant braincells and bringing back memories of the antics we got up to back in the day.
January 12, 2021 10:10am

AgentMilkshake
I don't know why I did a character. I guess the more appropriate and interesting one to address is my personal profile picture which is based on the neighborhood watch sign burglar (or one variation of him). I've always had an odd fixation with neighborhood watch signs in addition to stuff like telephones, elevators, traffic signals, trains, and other oddities I am attracted to.

I thought this image was appropriate for me for several reasons. It compliments my user name which originates from a character I created for a spy game back in high school, it suggests being mysterious, and I use this image to represent another character who is a nemesis of Agent Milkshake's, "The Pentagon Pimp."
January 21, 2021 6:58pm

FishyFrisk
(For future context: At the time of posting this, the icon is the “face” of a purple crochet worm with a pair of googly eyes.)

My mom made us a bunch of these cute and goofy looking crochet “bookworm” bookmarks, and this is the one she made me. I called him Froobsky!

witch
lmao, i love that fishyfrisk!! he's so cute!!

He is very large, very old and very blind. I love him dearly, and have since he was a jellybean.

This icon in particular was drawn by the fantastic SailorJubs and I highly recommend giving her a look!
January 22, 2021 1:55pm

68_dare
Found this picture made by kingknife on deviantArt one day. It looks insanely like me, even the hair (even moreso now that I haven't dyed it all year, thanks corona), so I decided to make it into my RPR icon. It was titled '90s' Goth', which... yeah, accurate.

After that I just added the tv static with https://photomosh.com/. 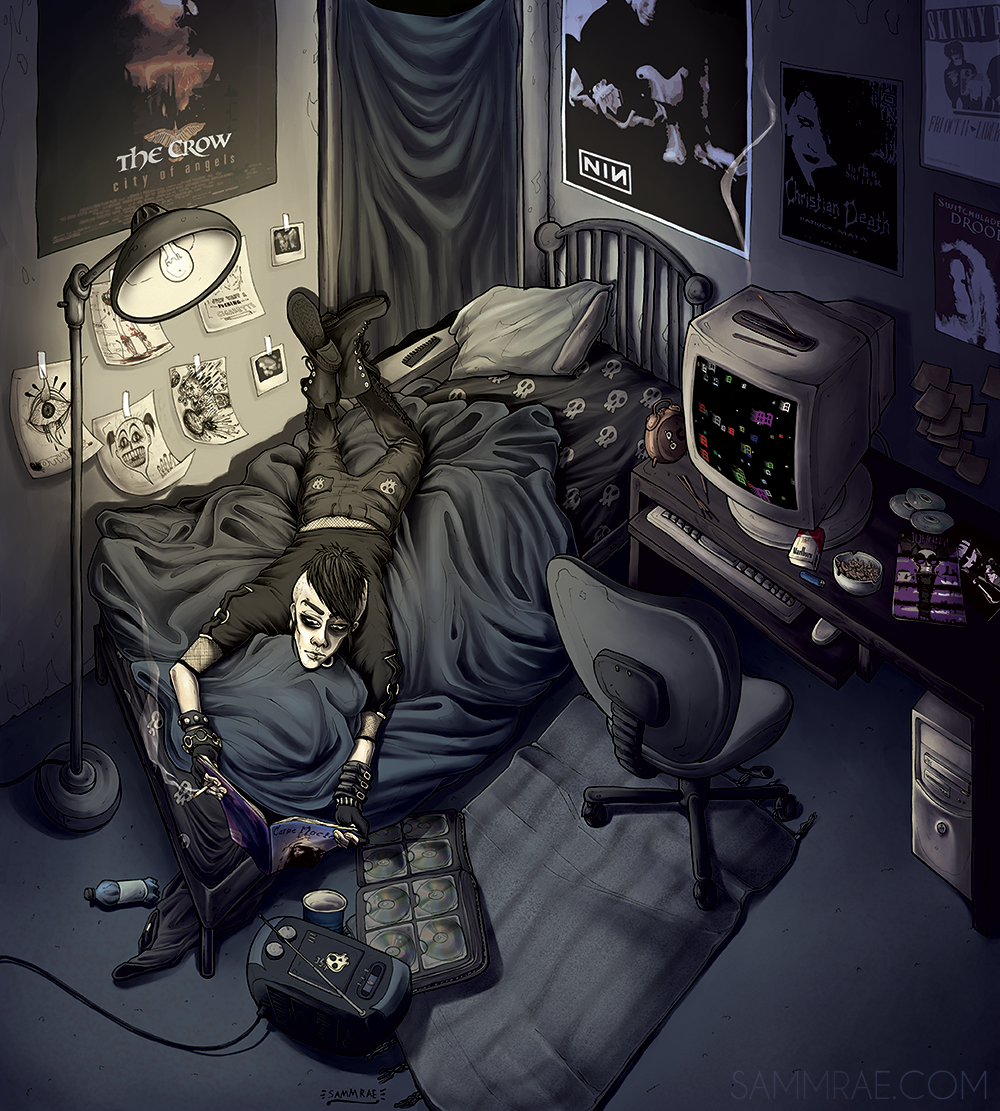 WinterBlackDraoi
90's Goth!? Dear Gods! I've been a Goth since I was seventeen. LOL

My profile is a 3D representation of me. Why? Why bloody not.

Warlocke
It's a screenshot from this music video

with a red filter slapped over it so it matches my background color
January 22, 2021 9:31pm

Rigby
WinterBlackDraoi wrote:
90's Goth!? Dear Gods! I've been a Goth since I was seventeen. LOL

My profile is a 3D representation of me. Why? Why bloody not.


Just sneaking back in to loudly thumbs-up at any and all Sisters of Mercy gracing my dashboard feed, and leaving again. As one does!
January 23, 2021 8:45am

Pantrane
My profile image is a castle I rendered in 3D. It’s an early project. Simple. In some ways, its the symbolic home of my characters. Maybe the modern era and even sci-fi characters could trace their ancestry back in some way to the kingdom of this castle. It’s a cool way to mark my first fantasy genre writing, as I’ve written other genres on different websites for quite some time.
January 23, 2021 9:43am

DyingEmbers
My profile picture is Flower, a vocaloid mascot for the V Flower voicebank. I guess I just really like vocaloid, and I love how powerful Flower’s voice sounds. Also, she looks fabulous, so there’s that too.
January 23, 2021 10:34am

Tusitala2017
When role-playing and as a DM I roll for the bad guys... 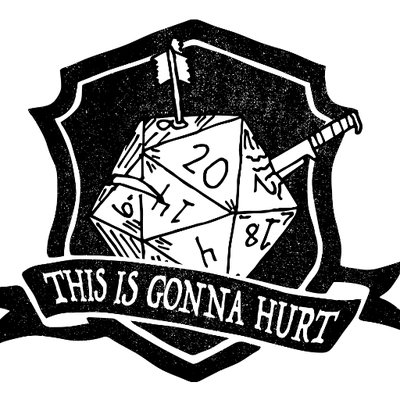 Falyn
The first art I commissioned from my first online partner at the time. The commission was for my Mandalorian Bounty Hunter, Indisha Teneau using the alias, Ebony Rose. This is the rough render which I actually preferred giving her a softer look. I'm currently using the rougher render for my character Ciel Durand. The commission was based off the Lebanese actress and singer Waifa Wehbe.
January 29, 2021 9:04am

strawberry_champion
It’s really just the Assassins Creed Unity Glitch. Single greatest form of comedy to me, I can’t help but smile when I see it.