Forums » Introductions » Hello one and all!

Milou
Hello!
I've been roleplaying for 16 years now, and as I got older I noticed a lot of my old RP sites dying off, so in recent years RPs have been few and far inbetween for me. That is, until I found this site just recently! So nice to see a big forum still alive and operating, and Im hoping to have many fun experiences roleplaying with you all!

I'm the type of person who puts a lot of effort into descriptions in an RP, both the characters feelings and thoughts as well as the environment. So, if you're one of those people who like reading and really diving into an RP, I think Im the type of RP partner for you! Personally I love to see lengthy RP replies, as all those environmental and emotional descriptons help me really visualise the character in my mind, and takes me away from "the real world" for a while!

I've done all kinds of RP'sin my time, but I'd say I mainly do romance and dangerous adventure. I don't think I've had an RP where a character have not almost died, so I do like a bit of a thrill and drama in my RPs, as well as some slow-burn romance. I enjoy semi-fantasy settings or "real life" settings, and I also like fandom RPs (if anyone wants a World of Warcraft RP hit me up, I'm dying for one).

Well, I think thats all! I'm also an artist so you will probably see my characters have icons drawn by myself, and if we do RP and I really like the RP and characters, chances are I will do some fanart

Hope to roleplay with some of you soon!

LakotaSiouxWarrior
Hello and welcome to RPRepository created by kim. Enjoy your stay.
July 20, 2020 2:15am

Welcome to the RPR community. I really hope you enjoy every minute of being in here. If you have any question or suggestion, Don't be shy and let me know.

Queen_of_Hell
Hello there and welcome to RPR! So nice to see dedicated roleplayers coming into our wonderful community! This is an active website with friendliest members and staff team, so I am sure without a doubt you'll fit right in and make some amazing stories with your friends!

I do like so far what you've said about yourself, so if you're into maybe some supernatural setting, slightly old school (DnD systemed) storytelling roleplays, feel free to check out my profile and reach out

All in all, I wish you the best in fitting in and finding partners! Have a cute doggo!

MissPixie
Hello and welcome to the RPR, Milou!

If you're ready to find people to write with, you can always use the Find RP tool or check out the Looking for RP forum.

There's also a Summer Soiree Event going on that can help you get right into some games too!

I certainly hope that your experience, regardless if it is for short-lerm or long-term, treats you amazingly! As some already claimed, the RPR community is pretty active, so I do not behold any doubt that you will find some amazing roleplayers that will make your roleplaying experience worth the time/dedication. There might also even be some that inspire you to adapt and enhance the way you perceive the potential of a prompt. 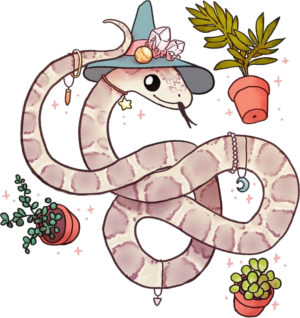 SALUTATIONS!
Welcome to RPR, I am Salazar and it's lovely to meet you! This is a great site, everyone is very friendly and helpful here, so don't be afraid to ask for help or advice at any point, we've got a wonderful community of people who would be more than happy to help. But here's a few tips on getting started:

- If you're looking to post a looking for roleplay post: go here. We also have a looking for adult roleplays forum, but you will need to go into your settings to be able to view that if you are 18+.
- Always make sure you address what kind of roleplay themes and writer styles you are looking for when making a LF RPs post. This prevents any misunderstandings.
- Don't be afraid to tell people if you can't respond or don't want to respond to a roleplay any more. Whether it's due to problems IRL or just a lack of motivation, we'd prefer to be told you'd like to stop the RP rather than being ghosted.

That's all from me for now, but I do hope you'll start some amazing RPs and make some awesome friends on this site!

I hope you have lots of fun here! There are a tone of resources on this site at your fingertips, great places to seek out roleplay frome Looking-for-RP ads to groups built by community members! There is pretty much something for everyone!
July 21, 2020 6:39pm

Kruhee
Heya, welcome to RPR. You'll find lots of awesome people, places, things, verbs, adjectives, nouns.... you name it! Here are a few things that may help you to get started.

Find RP: is a great way to look for ads other players have put up looking for other players to join in and collab in a game that already has some seed of a plot.

LFRP: Is much the same as Find RP, but you can put up your own ad that can be seen by anyone in the applicable filters.

In both cases you can use filters to find exactly what you are looking for for your optimal RP experience. Also, don't forget about GROUPS, where you can find whole worlds to RP in with other people instead of having to make your own.

Happy gaming! See ya around!! 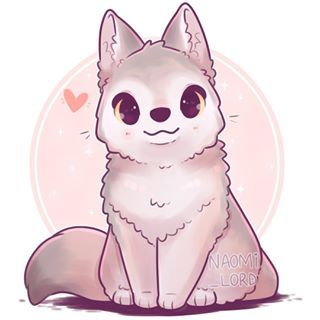 
☾Hello, Beastie! I am Wolfmaster, though you can just call me Wolf or Wolfie for short! I am still new here myself, but I will still help you in any way that I can! With limitations, of course... If you have any questions about this site, don’t hesitate to ask, as I know that everyone here with try to help to the best of their ability. You can also visit the Help Database If you need help with coding or finding stuff across the site.☽

☾As for rping, my little Beast, don’t worry. You can always find someone willing to rp with you! To start off, you might want to search for an rp, but if you can’t find one to your liking then you are always welcome to put one up! I’m sure that eventually you will find some willing partners!☽


☾If you ever get tired of an rp, don’t be afraid to tell your partners that you are leaving. If you do or if you’ll be gone for a while, please tell them! People don’t like being ghosted and it makes it more convenient if you say that you’re taking a break. Don’t worry, as we will understand that not everyone can be on and that people are busy!☽

☾Last but not least, let everyone here wish you a warm welcome! We are all happy when someone’s new joins in and we all look forward to rping with you! Good luck, have a nice day, and welcome to our community!☽

Sanne Moderator
Welcome to the RP Repository, Milou! It's so nice to have another artist on the site, do you have your works posted on the internet somewhere for us to admire?
July 22, 2020 9:59am

Milou Topic Starter
Thank you all for the warm welcome! I have found a roleplay already, and am very excited to look for more and create more characters to play with!

I've looked around the site and started to shape my own profile and my characters!

I am not certain if it is possible to answer specific posts here (like, if there is a "quote" button)
But to answer Sanne who asked if I have my works posted anywhere:
I do have a DeviantART, where I have both new and old art. All the profile pictures for my Characters here on RP Repository will be drawn by me, too

Here is my DeviantART if anyone would like to check it out: https://www.deviantart.com/takenoshit
July 22, 2020 1:36pm

DyingEmbers
Welcome to RPR! You can respond to individual posts by clicking the 'reply' button shown above the post you wish to respond to. Hope that was helpful

Milou Topic Starter
DyingEmbers wrote:
Welcome to RPR! You can respond to individual posts by clicking the 'reply' button shown above the post you wish to respond to. Hope that was helpful

ChocolateIceCream
hello and WELCOME TO RPR!!!!

You are on: Forums » Introductions » Hello one and all!