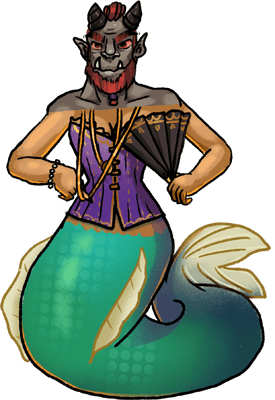 Between August 6th and August 21st, we're going to help each other create original characters (OCs). If you need to break out of a RP rut and try out the brainspace of a totally new sort of character, this is going to be the perfect event for you.

Want the community to brainstorm character ideas for you?

If you want the community to help design a character for you, post a topic on the RP Discussion forum with a title that follows the format "Collaborative OC: (Some descriptor here)"

In your topic, include 1-3 basic facts you want to be true about your character.

Example 1:
Quote:
I want ideas for a character that...

Example 2:
Quote:
Please help me create a character like this:

Example 3:
Quote:
I want to make a character that has lots of scars.

Remember, for this event you can require NO MORE THAN THREE but AT LEAST ONE traits about the character to give people a jumping off point.

Please, start only one brainstorming topic per person! We don't want to overwhelm our community with requests for their creativity.

Starting on the 22nd, it will be your job to go through all of the ideas that were posted for you and create a character using as many of the offered ideas as you like, and that make sense together.

Build an RPR profile for that character, and be sure to include credits somewhere on the character's profile for every idea you pulled from the brainstorming topic. You will have two weeks to finish building the character from the community's ideas. You'll end your thread by posting as the new character!

This week, be on the lookout for topics on the RP Discussion board with titles that begin with "Collaborative OC." Check out the basic traits the OP is looking for, and then feel free to offer as many ideas as you want -- they can be about appearance, personality, quirks, backstory, costume, whatever you think would help flesh out the character!

In this event, you may build on the ideas that other posters have already added to a thread. But, if you have a totally conflicting idea, that's okay too. You don't even have to agree with your own ideas, if you have multiple potential versions that the OP should consider.

Every potentially useful idea you post in someone else's collaborative OC topic will enter you into a raffle for more RPR character slots.
The last day to get ideas in is the 21st! On the 22nd, the OPs have to start creating their characters using their favorite offered ideas.


Thanks to Dndmama for the idea for this event!

This sounds extremely cool! But I don't think I am going to partake in it this year though.. apologies!

The last time I was on the repository when this event happened was in 2020, and I thought the event was so cool! I really liked reading through everybody's ideas for other people's characters.

I probably won't partake in it this year, but for me to note next time... Could a picture of the oc count as "trait"? Haha I tend to come up with so many character designs that I can not keep up with giving them backstories and quirks🙈

heck yeah!! this event is so fun!! ... I'm.. out of character slots though- still, it'll be fun to toss ideas at other people!

Whoo! My event returns! Too bad I dunno if I'll have time to get involved with work starting up again.

I can't wait to see what everyone else comes up with though!

Oh boy this is hype! Last year I made such cool OC!

P.S: Thanks MA you're the best.

Mushrooms are in the store this week!